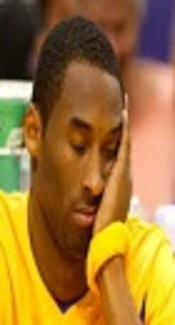 Sixteen professional female volleyball players with mean age of 22.3 ± 2.6 years old were studied twice in a balanced, randomized design. The participants were asked to fill the Pittsburgh sleep quality index (PSQI) prior to the beginning of the study and their nocturnal activity was recorded at 1-minute intervals and scored with the Actiwatch sleep analysis. The study used the Vienna Test System to measure cognitive functions. The exercise protocol consisted one-session light aerobic exercises based on Rockport one-mile walking/running test controlled by Polar Electro.

The results suggested that all psychomotor tests were significantly impaired by nocturnal sleep deprivation (P ≤ .05). Moreover, it was shown that the experimental group didn’t have any deteriorating change in the mentioned tests after light aerobic exercises (P ≥ .05).

Although nocturnal Sleep deprivation could result in psychomotor malperformance in professional athletes, the light aerobic exercise would alleviate the deleterious effect of sleep deprivation in decisive task among athletes.

While more research has investigated the influence of exercise on quality of sleep, few studies can be found relating to the practical relevance and mediating role of exercise for adverse consequences caused by sleep deprivation and if so, they have yielded discordant findings. In one sample, It was shown that exercise had no effect on subsequent sleep (8). As noted, available research demonstrates that sleep deprivation diminishes athlete’s ability to perform a variety of psychomotor tasks required in sport events. Of the mentioned measures of psychomotor factors which mostly influenced by sleep deprivation, reaction time both simple (9) and choice (10), vigilance and sustained attention (11), visual pursuit and determination tasks are most frequently reported. Since, psychomotor performance is a vital factor which decisively affects the athletic performance, therefore We hypothesized that nocturnal sleep deprivation would affect psychomotor tasks and We further hypothesized a light exercise protocol would play a mediator role in attenuating adverse effect of sleep deprivation for psychomotor performance of Athletes.

Participants included 16 professional female volleyball players aged 21 - 25 years old (22.3 ± 2.6 years old) who were randomly assigned to either sleep deprivation condition (n = 8) or sleep deprivation condition followed by acute aerobic exercises on the next day (n = 8). Exclusion criteria were any medication or medical history that would affect the cognitive performance of subjects. They were instructed to refrain from any stimulants such as consuming caffeinated drinks as well as taking nap and doing exercise after baseline tests. Written informed consent was obtained from all subjects after being informed of the purpose of the study. The study protocols and procedures was approved by the ethics committee of Imam Khomeini international university. The research was performed in accordance with the ethical standards of the Helsinki declaration (1964).

As seen in Table 1, participants in two groups consumed isocaloric breakfast at 7:00 a.m. Then, pretest was conducted at 9:00 a.m. Following the test, participants again consumed isocaloric lunch (12:00 a.m.) and dinner (7:00 p.m.), with daily activities (13:00 - 17:00 a.m.) they had awakening period (20:00 - 7:00) which consisted of activities such as reading newspaper, watching TV, Playing Music and playing table Tennis. After having breakfast at 7:00 a.m., experiment group had a light aerobic exercise while the control group no longer had it. Posttest of psychomotor performance including movement detection time (MDT); visual pursuit test (VPT); determination test (DT) and cognitrone test (COG) were performed at 9:00 a.m.

The study used the Vienna Test System which was a computerized psychological assessment tool (Schuhfried GmbH, Austria). COG in Vienna system was used to measure attention and concentration as psychometric performance. Respondents compared a geometric figure with other geometric figures. They then stated whether the comparison figure was identical to one of the other four geometric figures. In the test, respondents pressed different keys to indicate whether the figure is identical with another one or not. In DT test, the color stimuli were presented via the monitor. Pressing the appropriate buttons on the universal panel entered the reaction. VPT Test served for the measurement of the visual orientation performance for simple structures in a complex environment and was characterized by a high reliability and numerous criterion-related proofs of validity. MDT test assessed selective attention, decision speed and motor reaction speed in response to a succession of rapidly presented visual movement stimuli (Ong, 2015).

The socio-demographic information and their sleep-wake schedules using the Pittsburgh sleep quality index (PSQI) (developed by Buysse, Reynolds, Monk, Berman, and Kupfer, 1989) (12) (for a 3-day period) were collected before the experiment. This instrument is a subjective measure of sleep that measures 7 domains in 19 items: subjective sleep quality, sleep latency, sleeps duration, habitual sleep efficiency, sleep disturbances, use of sleeping medications, and daytime dysfunction over the last month. Scoring of the answers is based on a 0 to 3 likert scale, whereby 3 reflect the negative extreme on the Likert Scale. This instrument has a score range from 0 to 21 (13). A global sum of “5”or greater indicates a “poor” sleeper.

Nocturnal activity data (movement intensity and duration) of both groups were recorded at 1-minute intervals and scored with the Actiwatch sleep analysis 7 software which was worn on the non-dominant wrist for at least 7 days under the constant observation of two investigators at the sports camp. In this phase, participants completed a sleep diary each morning that contained standard sleep indices of bedtime, rise time, sleep-onset latency, number of awakenings, wake time after sleep onset, and a sleep quality rating. Time in bed, total sleep time, and sleep efficiency were derived from this information. Sleep efficiency was calculated using this formula: total amount of time spent sleeping/total amount of time spent in bed × 100. The Actiwatch has been validated against polysomnography in sleep studies (14, 15).

The exercise protocol consisted one-session light aerobic exercises (in test day) based on Rockport one-mile walking/running test. Participants in training group conducted their exercise protocol before the posttest (40% - 50% MaxHR), while the control group didn’t. Moreover, the exercise intensity was evaluated and controlled by Polar Electro, Kempele, Finland. The exercise program consisted of warm-up (10 minutes with 20% - 30% MaxHR), 30 minutes of low aerobic exercises and cool-down in 10 minutes, respectively (16).

Normality distribution of variables was tested using Kolmogorov Smirnov test. Paired student’s t-test with a 95% confidence interval (P < 0.05) was performed for comparing the psychomotor tests including MDT; VPT; DT and COG before and after intervention. The data were analyzed using the statistical functions of SPSS 21.

The results suggested that there were no significant differences in baseline tests of psychomotor performance (P ≥ .05). It was suggested that Sleep Efficiency Score measured by Actiwatch Sleep Analysis in both groups within the week prior to the test was not significantly different for experimental and control groups respectively (76.5% ± 4.8 vs 75.8% ± 4.3) (P ≥ .05).

As it can be seen in Table 2, all psychomotor tests (MDT; VPT, DT and COG) and their subtests were significantly impaired (P ≤ 0.05) while the experimental group no longer had deteriorating change in the mentioned tests (P ≥ 0.05). We found that reaction time and response accuracy to the test stimuli was slowest when the subjects experienced sleep deprivation. In the same vein, cognitive, motor reaction time and speed processing were also degraded significantly as a function of time awake. Meanwhile sleep deprived condition followed by light aerobic exercise amends the devastating outcome of sleep deprivation.

Additionally, our finding provides some insight into the constructive effect of a light exercise protocol on hostile effect of sleep deprivation on psychomotor tasks that is consistent with Bugge study (18). Based on The Inverted-U model, it seems there is a clear evidence of the “U” invert relationship between cognitive performance such as reaction time and performance (19). in other words, while the athletes experience the sleep deprivation,the more light exercise they perform , the stronger the psychomotor permanence they have.

In summary, our results demonstrate that nocturnal sleep deprivation results in lower psychomotor performance and doing light aerobic exercise would attenuate deleterious effect. As a result, light aerobic exercise appears as a noninvasive and effective strategy to counteract psychomotor impairment caused by sleep deprivation. These results raise the possibility that doing the mentioned exercise may be one component of increasing psychomotor performance in professional athletes.

More research involving a more controlled environment is needed to determine if more different exercise protocols affect psychomotor performance. Further, studies with larger sample size and longitudinal designs and more frequent subjective and objective assessments must be conducted to generalize the obtained results to other groups.

We thank the study participants; Ms Valayi for coordinating the participant recruitment; Ms Dadmehr for performing the tests and Laboratory personnels of Dr Irandoust clinic.

Copyright © 2018, International Journal of Sport Studies for Health. This is an open-access article distributed under the terms of the Creative Commons Attribution-NonCommercial 4.0 International License (http://creativecommons.org/licenses/by-nc/4.0/) which permits copy and redistribute the material just in noncommercial usages, provided the original work is properly cited
download pdf 118.03 KB Get Permission (article level) Import into EndNote Import into BibTex
Number of Comments: 0