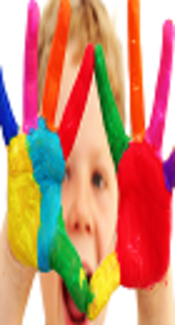 Considering attention capacity along with cognitive and emotional problems of autistic children has been of utmost interest among researchers in recent years. Hence, the aim of the study was to investigate the relationship between executive functions, emotional recognition and sensory processing in autistic children.

The study was correlational. 82 children with autism spectrum disorder with ages ranging from 6 - 11 years were chosen based on convenience sampling in Tehran. The modified Benton face recognition test, short sensory profile and executive functions questionnaires (Brief) of parent form were administered in order to measure the variables. Pearson correlation and multiple regressions were used to analyze the data at a significance level of P ≤ 0.05.

It was concluded that, emotional functions and sensory processing modification can help reducing emotional problems and emotional recognition of children with autism spectrum.

Autism spectrum disorders (ASD) are referred to neurodevelopmental disorder that result in severe deficiencies in social communication and the occurrence of restricted repetitive behaviors and interests (stereotypical behaviors) in the affected population. A median prevalence of 17 per 10000 has been reported for autism spectrum worldwide (1). Patients with autism spectrum disorder exhibit undesirable behaviors such as stereotyped movements, aggression, and self-harming behaviors. They also have difficulty in understanding and using social rules and behaviors, interactive gestures, nonverbal behaviors, and motor coordination (2, 3). Low or high sensitivity to auditory, olfactory, tactile and visual stimuli is often reported in children with autism. This disorder is pervasive and affects all the aspects of a child’s development; therefore, the assessment should include all the aspects of performance in autistic children including social skills, movement, language, daily life skills, playing, executive functions, social recognition, and academic skills. The results of studies show that one of the areas affected by autism spectrum disorder is executive function. Executive functions include the child’s ability to respond, plan, and organize, use working memory, problem solving, goal setting, and to do curriculum activities (4). The deficiencies of executive functions in children with autism may be accompanied by deficits such as cognitive impairment and inappropriate responses to social situations. Children with autism spectrum disorders also have difficulty in sensory processing, and therefore show abnormal responses to sensory stimuli (5).

When processing problems occur in one or more sensory systems, problems such as apraxia, verbal problems, delay in eye and hand coordination, excessive eating, sounds and touch intolerance, and collaborative problems occur. Sensory processing disorders can lead to problems in many areas of life, such as doing daily life activities, self-esteem and coping, social and play skills (7). The unique sensory processing pattern in children with autism is associated with attention deficit disorder, arousal level, and interaction with others (5). The ability to recognize emotions is an important part of the non-verbal communication system and an essential skill for successful adjustment and manipulation of the environment, and an essential and fundamental skill in establishing successful relationships. An unusual recognition of emotional states on the face is a critical factor in a weak relationship and negative changes in competing behavior. Based on the above-mentioned reasons, the perception and recognition of others’ emotions are considered as an important factor in social interactions. Therefore, any defect in this ability affects the quality of communication, which is observed in autistic children and complicates their communication problems (8, 9).

According to one study, weakness in sensory processing limited the participation of children with autism in activities (10). Furthermore, Hoyland et al. showed that autistic children not only perform weaker in the recognition of neutral face expression and female gender identity, but also their reaction time to male images was stronger (11). It was also shown in a study that autistic children had a different pattern in all their senses except olfactory as compared to healthy children (12).

The study was correlational. 82 children with autism spectrum disorder with ages ranging from 6 - 11 years were chosen from the autism children charity foundation, autistic children’s Mita center and Ayin Mehrvarzi school based on convenience sampling in the year of 2017 in Tehran. The modified Benton face recognition Test, short sensory profile and executive functions questionnaires (Brief) of parent form were administered in order to measure the variables. The inclusion criteria were age, suffering from an autism disorder with level 1 based on the opinion of the center’s authorities and medical records.

Behavior rating inventory executive function (BRIEF) parent form was used to evaluate the executive functions’ level in children. The questionnaire consisted of 86 items. Among the skills related to executive performance, working memory (active memory), change (cognitive flexibility), emotion control, inhibition, initiating, planning / organizing, organizing materials and supervision were considered. Parents were asked to respond the phrases with regard to the problematic nature of the child’s behavior during the last 6 months in each of the behaviors. For this questionnaire, the internal consistency coefficients using the Cronbach’s alpha coefficient were estimated between 0.70 - 0.80 and for the re-test reliability, the correlation coefficients has been reported ranging from 0.78 - 0.90 after four and a half week interval (14).

Short sensory profile (SSP) was also used to measure the child’s sensory processing models, answered by the child care givers which is applicable to children with the age of 3 to 10 years. The test has a high degree of clarity to detect abnormal sensory processing. Seven parts of the test that have been identified in normal samples include touch sensitivity (7 items), taste / olfactory sensitivity (4 items), motor sensitivity (3 items), emotion seeking (7 items), audio information filtering (6 items), weakness / low energy (6 items) and auditory and visual sensitivity (5 items). Items on this test are scored on a 5-point Likert scale and the score range is between 38 and 190. This test significantly differentiates between the sensory processing abilities of ordinary children and children with developmental disabilities and different etiologies. The internal consistency of the different parts of this test has been reported in the range of 0.70 0.90. Cronbach’s alpha coefficients of the test were also found in the range of 0.67 to 0.93 (15).

Benton face recognition test (revised version) was used to evaluate seven different images from different people in every state of joy, sadness, anger and fear. The child had to choose from the four choices of happiness, grief, anger and fear. The test consisted of 28 different face’s expressions from different people. All the faces are presented in full and front view and the children were asked to choose the emotional states appropriate to the target’s face. The reliability of the test was also calculated by Cronbach’s alpha and split-half. The results of the analysis showed that the reliability coefficient of the test based on the Cronbach’s alpha was 0.98 and the correlation between the two halves of the sub-scales of happiness, sadness, fear and anger were respectively, 0.91, 0.77, 0.90 and 0.52. Pearson correlation and multiple regressions were used to analyze the data at a significance level of P ≤ 0.05.

The descriptive data are shown in Tables 1 and 2.

In order to evaluate the predictive value of each of the components of executive functions in the prediction of emotional recognition, multiple regression test was used (See Table 4).

The results indicated that the components of executive functions predicted 23% of the variance of emotion recognition. The value of F = 2.72 also indicated that this value was significant at P ≤ 0.001.

As shown in Table 5, the beta value of each of the components of executive functions in the prediction of emotional recognition is reported.

Table 5. Regression Coefficients of Emotional Recognition of the Components of Executive Functions

Based on the findings of coefficients and the T-statistic of the predictive variables, the emotional recognition can be predicted with a beta coefficient of 0.17 for shifting, 0.11 for emotional control, 0.26 for initiating and 0.29 for monitoring.

Table 6. The Relationship Between Sensory Processing and Emotional Recognitiona

Multiple regression test was used to evaluate the predictive value of each of the sensory processing’s components in the prediction of emotional recognition as reported in Table 7.

The results of the Table above show that the sensory processing can predict the variance of recognition by 29% and the value of F = -2.41 also indicated that this value was significant at the level of 0.001.

Based on the coefficients and the T-statistic of the predictive variables, seen in Table 8, the emotional recognition can be predicted with a beta coefficient of -0.14 for touch sensitivity, -0.29 for taste/olfactory sensitivity, -0.12 for emotion seeking, -0.10 for auditory information filter and -0.18 for olfactory/visual sensitivity. It can be concluded that they have positive predictive power for emotional recognition at the level of 0.001.

In the second part of results, it was found that Sensory processing can predict the emotional recognition of children in the autism spectrum. It was concluded that the scores of facial recognition decrease by increasing the scores of emotional processing. The results also show that the sensory processing can predict the variance of recognition by 29%. This finding is in line with some studies (8, 10, 13). In the explanation of this finding, it can be stated that sensory processing is a way through which the nervous system receives, organizes and interprets the sensory information. Optimum sensory processing enables the individual to respond in a manner consistent with environmental demands and participate meaningfully in everyday tasks. In this regard, a study showed that autistic children were capable of repairing their ability to recognize emotional states after short and intensive training methods (10).

When these children’s social interactions decrease, they get less familiar with different emotional states and less cognitive and sensory consciousness toward emotions such as happiness, anger, fear, and sadness, and therefore the recognition of emotional states decreases. Another explanation to confirm this hypothesis is among the options related to sensory processing. There are five weak factors in children with autism including visual processing, touch processing, sensory processing associated with physical movement, sensory processing associated with tolerance and low muscular strength, and sensory sensitivity. When the visual processing is poor in these children, it can be difficult for them to recognize the recognition of emotional states. In fact, children with autism are incapable of extracting abstract and holistic concepts and detailing visual stimuli in their environment due to the weakness of central integration and this can justify the incorrect emotional recognition of the faces (16, 17). Due to considerable effects of life style (nutrition, exercise) on mental and psychological status of human (18-21), considering this factor for autistic children are highly recommended in future studies.

One of the study limitations was due to convenience sampling method. Therefore, the generalization of the results to larger populations should be done with caution. Another limitation refers to the research tools, since a questionnaire was used to collect the data, it might have caused a bias in the individuals’ self-reports. In subsequent studies, tools with more precision, such as clinical interview, storytelling can be administered instead of self-reporting tools.

Copyright © 2018, International Journal of Sport Studies for Health. This is an open-access article distributed under the terms of the Creative Commons Attribution-NonCommercial 4.0 International License (http://creativecommons.org/licenses/by-nc/4.0/) which permits copy and redistribute the material just in noncommercial usages, provided the original work is properly cited
download pdf 130.17 KB Get Permission (article level) Import into EndNote Import into BibTex
Number of Comments: 0