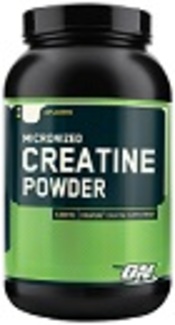 The aim of this study was to determine the effect of 8 weeks resistance training with creatine supplementation on body composition and physical fitness indexes in male futsal players.

Futsal is one of the most exciting sport fields worldwide. According to FIFA statistics at the 2008 Futsal World Cup, about 2 million people play futsal in the world (1).

Based on evidences, futsal players spend more than 50 percent of the playing time at an intensity of higher than 90 percent of the maximum heart rate, and their blood lactate concentration is about 3.5 mmol per liter. It indicates that the futsal game requires a high physical effort, in which the energy is often provided by an anaerobic metabolism (1).

On the other hand, evidence suggests that there is a significant relationship between the quality of futsal play and the number of high-intensity activities performances, such as shoots, heads, fast running and jumps during a match (1-3). Therefore, futsal players are highly recommended to increase the performance, quick recovery, or increase the exercise quality. Meanwhile, supplementation of creatine monohydrate is one of the supplements that is not included in the Anti-Doping Agency’s prohibited list and is widely used by athletes to improve physical fitness and exercise performance (4, 5). Despite the increasing prevalence of this supplement to improve physical fitness among athletes, there are many contradictions between the results of studies conducted in this area. Most studies point to a significant increase in body mass following short-term creatine supplements (6). However, it is still unclear whether the initial increase in body mass during creatine loading keeps the positive effects of supplementation for a long time. Law et al. (7) stated that five days of creatine supplementation with resistance training improves the muscle strength and anaerobic power in male athletes. Fukuda et al. (8) also argued that five days of creatine loading prior to intense competition may improve anaerobic performance. However, Deutekom et al. (9) reported that creatine loading increased body mass, while had no effect on peak contraction, muscular fatigue, and recovery in male boaters. Manjarrez-Montes de Oca et al. (10) also reported that the supplementation of creatine had no significant effect on the anaerobic power of young taekwondo men. Although, majority of studies focus mostly on the short-term effects of creatine, there is little and contradictory information on the effects of long-term creatine supplements, along with resistance exercises (11). Given the importance of body composition and physical fitness in futsal success, the question arises whether resistance training with creatine supplementation would improve body composition and physical fitness indices

It was a quasi experimental study with pre and post-test. 20 futsal players with age ranging from 18 to 26 year-old were selected based on convenience sampling in East Azerbaijan province and assigned randomly either to Ex + Cr group (Exercise + Creatin, n = 10) or Ex + Pl group (Exercise + Placebo, n = 10). All of the subjects performed resistance training program for 8 weeks. The Ex + Cr group ingested creatine, 0.3 g/kg of body weight during loading phase and 0.1 g/kg of body weight in maintainable phase while the EX + PL group just did resistance exercise and took placebo instead of creatine supplement.

The inclusive criteria included experience of playing futsal at least 5 years; participating in provincial and national levels; being members in the Premier League.

The exercise protocol included 8 weeks of resistance training, two sessions a week lasting 2.5 hours in each training session. Circular resistance training consisted of 10 stations, three rounds or sets, with different intensity, number of repetitions and rest periods between stations. The exercise training included three parts of cooling down; main program and cooling down. The training protocol was performed with the intensity of 50% in 1st week, 55% in the second and third week, 60% in the fourth week, 65%, in the fifth week (recovery); 60%, in the sixth week; 65% in the seventh week and 75% in the eighth week. The number of repetitions in each set varied from 8 - 12 repetitions depending on the intensity of the training and the rest intervals between the stations from 120 - 180 seconds and between the sets 2 to 3 minute. After each training session, cooling down phase was performed by stretching movements (10 - 15 minutes).

Creatine supplements was made by the Pharmaceutical Company and Karen’s Healthy Dietary Supplements (Powian Nutrition) and were licensed by Canada and approved by the Health Ministry. The supplementation included two steps for loading and maintaining. The supplement loading was lasting for five days for 0.3 g/per kg of body weight. At the maintenance phase, subjects took the supplements at the end of the eighth week at the rate of 0/1 gr/kg body weight. The malto dextrin was similarly prepared and provided to the placebo group.

All physical fitness and physical composition variables were evaluated in two phases before and after 8 weeks of resistance training as follows: The maximum power of the upper muscles was evaluated by testing one maximum repetition in the Barbell Bench Press and maximal power of the lower muscles by examining a maximum repetition in the Barbell Squats motion. The vertical jump test was used to assess the anaerobic power and Sulfur test was used to evaluate the anaerobic power lactic. The speed test was also performed by a 10-meter speed run and sit and reach test was used to measure the flexibility. Body composition variables including body mass index, fat free mass and fat percentage were also measured by body composition analyzer (Model, IN body 320).

Shapiro-Wilk test was used to determine the data normality. Paired t-test and independent t-test were used to measure within and between groups differences. All statistical analysis was performed using SPSS v.21.0 at significant level of P < 0.05.

All the variables of body compositions and physical fitness are seen in Tables 1 and 2.

Table 1. Physical Fitness and Body Composition Indices Before and After Exercise (Paired t-Test)a

As shown, there was a significant difference between the two groups in relation to the range of upper and lower extremity muscle strength changes with a greater improvement in supplement group that is line with some research (10, 20, 21). Increased peak power in the placebo group can be due to a resistance training program. In this regard, Peeters et al. (22) examined the effect of creatine monohydrate and creatine phosphate supplements on strength and body composition. The results indicated that Oral creatine supplementation resulted in further development of fat free mass. With creatine supplementation, it seems that the individual’s ability to involve in a more intense exercise can be improved by increased levels of phosphocreatine and glycogen in the muscle (23). In the second theory, creatine can increase the rate of re-synthesis of phosphocreatine during intermittent exercises (24). As suggested, the speed and anaerobic power were improved in both group. However, there was no significant difference between the two groups in relation to the range of changes before and after intervention. It should be noted that the rate of progression in all was higher in supplement group compared to the placebo group. In agreement with the results of this research, Bemben et al. (25) reported that cellular water supply, power, and anaerobic power capacity were significantly improved after creatine supplementation and resistance exercises. Despite the relative improvement of the variables in the creatine group compared to placebo, there was no significant difference between the two groups, which is probably due to the high level athletes and high intensity training in the futsal players (20). Finally, the results of this study indicated a significant increase in flexibility in both supplement and placebo groups. However, there was no significant difference between the two groups regarding the range of flexibility changes. What can be concluded from this result is the effect of resistance training on flexibility. It was initially thought that strength training reduced flexibility by increasing muscle strength; but new studies point to the fact that resistance exercises increase the range of joint movement (26).

In general, it seems that creatine supplementation along with resistance training can increase the body mass and fat free mass and further decrease the percentage of fats of professional futsal players compared to resistance training. This is also true for the maximal power of upper and lower muscles, so that these athletes can possibly achieve more progress in maximum power of upper and lower muscles with creatine supplementation. It’s recommended to recruit more subjects in future research to increase the generalizability of the results. Having more control over psychological characteristics of subjects through different psychological tests in terms of inclusion criteria is another point that should be considered by researchers.

The article was a part of research approved by University of Tabriz. Special thanks to Karen’s pharmaceutical company for providing supplements.

Copyright © 2018, International Journal of Sport Studies for Health. This is an open-access article distributed under the terms of the Creative Commons Attribution-NonCommercial 4.0 International License (http://creativecommons.org/licenses/by-nc/4.0/) which permits copy and redistribute the material just in noncommercial usages, provided the original work is properly cited
download pdf 112.19 KB Abstract XML Get Permission (article level) Import into EndNote Import into BibTex
Number of Comments: 0