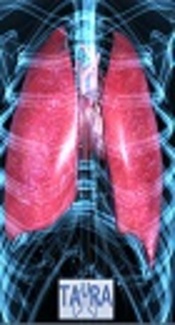 Non-invasive ventilation (NIV) has brought about significant changes in care and treatment of respiratory distress syndrome (RDS) in very low birth weight (VLBW) neonates. The present study was designed and conducted to evaluate different strategies of initial respiratory support (IRS) in VLBW neonates, who were hospitalized in the neonatal intensive care unit (NICU).

This prospective study was conducted from 21st of March, 2015 to 20th of March, 2016 at the NICU division of Mahdieh Maternity hospital. Each eligible VLBW infant with diagnosis of RDS, received a specific IRS, including nasal continuous positive airway pressure (NCPAP) or nasal intermittent mandatory ventilation (NIMV). All infants with mild to moderate RDS, weighing less than 1500 g, were enrolled in NCPAP and NIMV groups in a randomized manner and their clinical course were evaluated by the neonatologists or the neonatology fellows. The information of medical files was recorded in a data form designed to include all prenatal and post-natal information in accordance with the objectives of the study. The obtained data were then statistically analyzed.

Although NIMV improves minute ventilation and tidal volume through increasing the air flow and theoretically improves respiratory condition by reducing dead space, its effectiveness as the first step respiratory support in very premature infants is under question. The other problem with NIMV is the necessity of ventilator usage and its higher expenses in comparison to NCPAP. It seems that as the first step of respiratory support; NCPAP is still the preferred method in very premature infants.

Mechanical ventilation is associated with increased survival of preterm infants yet is also associated with an increased incidence of chronic lung disease (bronchopulmonary dysplasia) in survivors. Nasal continuous positive airway pressure (nCPAP) is a form of noninvasive ventilation that reduces the need for mechanical ventilation and decreases the combined outcome of death or bronchopulmonary dysplasia. Premature infants with respiratory distress syndrome (RDS) may require respiratory support. Because mechanical ventilation is associated with morbidity, mainly chronic lung disease (Broncho-pulmonary dysplasia [BPD]), the trend today is to minimize the use of mechanical ventilation (1). Nasal continuous positive airway pressure (NCPAP) was shown to be effective in treating infants with RDS and enables the avoidance of mechanical ventilation in a relatively large number of infants (2). The RDS is the most prevalent cause of VLBW neonates’ hospitalization in the NICUs, and also the most important cause of mortality among these neonates. With the aid of scientific and technological advances, studies have shown that the severity of RDS is directly correlated with functional residual capacity (FRC), which can be achieved by the early use of nCPAP instead of surfactant (1-3). In the year 1992, Verder introduced intubation, surfactant, extubation (INSURE) by reporting the added benefit of combining surfactant with nCPAP3. In the year 2007, Kugelman introduced nasal intermittent positive pressure ventilation (NIPPV) as nCPAP substitute for initial respiratory support (4). The conduction of three large studies in the year 2008 (COIN) (5), 2010 (Support) (6), and 2011 (VON-DRM) (7), along with comparison of nCPAP ± INSURE versus eMV + SURF did not show any significant difference in the rates of mortality and BPD among the investigated neonates. Accordingly, non-invasive methods (nCPAP, NIPPV, and INSURE) have been shown to be effective in reducing the use of eMV and its complications and also in the prevention of BPD (8). A European consensus in the year 2013 and the American academy of pediatrics (AAP) in the year 2014 recommended the use of non-invasive methods, such as IRSs (9, 10).

Although the mortality rate of neonates with RDS mainly declined due to the use of prenatal steroids, postnatal surfactants, and mechanical ventilation, prolonged intubation and mechanical ventilation may indeed lead to complications, such as BPD in these infants. Furthermore, NCPAP is widely used in the treatment of RDS in premature neonates, yet it cannot always improve ventilation in neonates, especially in infants, who do not have effective breathing effort (11).

Basically, it was assumed that NIMV carries air flow into lower airways, increases minute ventilation and tidal volume, and reduces anatomic dead space and hence improves gas exchange. It is proposed that NIMV provides more respiratory support than NCPAP. On the other hand, NIMV requires ventilators while NCPCP can be provided with fewer facilities and costs. The question is whether NIMV is tangibly more effective than NCPAP, and if so, whether this superiority is worth applying an expensive ventilator. Studies of the kind have not been conducted in Iran. The few limited studies are done worldwide with small sample sizes. This study included all newborns weighing less than 1500 g, born at the Mahdieh maternity hospital, during one year.

This prospective cohort study was conducted between March 2013 and March 2014 at Mahdieh maternity hospital of Tehran. According to the conditions and requirements, the presence of one or two physicians qualified in neonatal resuscitation (pediatrics resident, pediatrician, neonatology fellow, and neonatologist) at the operation or delivery rooms is mandatory during high-risk deliveries at Mahdieh hospital; this procedure is certainly followed during delivery of all preterm infants. It should be noted that all VLBW infants born at Mahdieh hospital are cared at the NICU. After initial resuscitation in the delivery room, the physician decides to transfer the newborn to the NICU, according to his overall and respiratory condition along with the necessity and type of respiratory support. If the newborn has an effective spontaneous breathing without moderate or severe respiratory distress, RDS score < 3, and a pink appearance, he will be transferred to the NICU via a portable incubator with free oxygen or even without it, accompanied by an experienced neonatal nurse and respiratory assist equipment. If respiratory distress is moderate, RDS score is between 3 and 5, NCPAP will be utilized using a T piece resuscitation device with a positive end-expiratory pressure (PEEP) between4 and 6 for transferring the newborn to the NICU (PEEP is selected based on the level of blood oxygen saturation by pulse-oximetry). Newborns with no effective spontaneous breathing or severe respiratory distress, RDS score of above 5 and low Apgar score, are transferred to the NICU after intubation in the delivery room. After transfer to the NICU, all infants with mild to moderate RDS, weighing less than 1500 g, were alternately assigned to NCPAP and NIMV groups in a randomized manner and their clinical course was evaluated by the neonatologist or the neonatology fellow. The information of medical files was recorded in a data form designed to include all prenatal and post-natal information in accordance with the objectives of the study. The obtained data were then statistically analyzed with various statistical methods.

Regarding the NCPAP and NIMV groups, orotracheal intubation was performed in 8 of 22 infants (36.4%) and 32 of 54 infants (59.3%), respectively. There was no statistically significant difference between the groups regarding the need for intubation (P = 0.07).

No pneumothorax was reported in infants receiving NCPAP, while it occurred in 4 infants (7.4%) of the NIMV group. There was no statistically significant difference between the two groups regarding the incidence of pneumothorax (P = 0.190).

Intra ventricular hemorrhage (IVH) was reported in 2 newborns (9.1%) in the NCPAP group and 6 newborns (13%) in the NIMV group. No statistically significant difference was found between the groups in the incidence of IVH (P = 0.636).

Furthermore, BPD was reported in none of the infants receiving NCPAP, while it occurred in 2 newborns (3.7%) in the NIMV group. The difference between the two groups in terms of occurrence of BPD, was not statistically significant (P = 0.360).

The IRS in VLBW neonates with RDS is a real challenge in the present decade. Although MV±SURF has been presented as the standard care since 1990, the development of complications, such as ventilator associated pneumonia (VAP), bronchopulmonary dysplasia (BPD), death andetc. shows that many VLBW (even ELBW) neonates have spontaneous breathing at birth and some neonates under nCPAP support (even without the need for surfactant) do not need eMV, and there is no significant difference with the STD-care group in terms of significant adverse outcomes, specially BPD and death. The majority of studies recommend the early use of nCPAP at birth. Although NIPPV has been introduced in the recent years with provision of physiologic principles and its priority over nCPAP, limited studies indicate its success. It is mostly recommended as an alternative for nCPAP failure (before INSURE), and after INSURE failure (before eMV). It is crucial to mention the reported role of synchronization and its implementation (S.NIPPV) in the success of NIPPV.

nasal intermittent mandatory ventilation is widely used in NICUs, as a non-invasive method; it can increase the benefits of NCPAP while reducing the need for intubation. Premature infants with RDS often require respiratory support, whereas the general trend towards using mechanical ventilation is under question, given its association with many complications, mainly BPD. Several mechanisms have been stated as compatible impacts of NIMV in neonatal respiratory status improvement, including carrying more air flow to the airways, increased tidal volume and minute ventilation, increased functional residual capacity (FRC), improved alveolar collapse, increased chest wall stability and decreased inconsistency in the thoraco-abdominal movements. The results of a study conducted on 84 premature infants showed the higher effectiveness of NIMV compared with NCPAP in reducing the need for mechanical ventilation. On the other hand, it was observed that BPD is less common in the NIMV group; this was attributed to the less need of this group for mechanical ventilation. In a study by Bisceglia et al., infants, who initially received NIMV, had lower pCO2 levels and less need for ventilator compared with patients under NCPAP. However, the percentage of infants, who required intubation and ventilation were similar and had no significant difference.

In the current study, 76 neonates with mild to moderate respiratory distress weighing less than 1500 g were evaluated in two groups of NCPAP and NIMV and the effectiveness and complications associated with these two methods were compared. According to the results, the need for intubation, duration of intubation, and complications associated with them (IVH, BPD and pneumothorax) had no statistically significant difference between the two groups. However, the need for surfactant in infants, who were initially supported with NCPAP was lower than NIMV and this difference was statistically significant. According to the results, it was concluded that although NIMV improves minute ventilation and tidal volume through increasing air flow and improves respiratory condition through reducing dead space, in practice, its effectiveness as a first step respiratory support in very premature infants is in doubt. On the other hand, NIMV requires the use of a ventilator and is more expensive in comparison with NCPAP.

In general, given the conditions and available resources, it seems that as a first step respiratory support, NCPAP is still the preferred method in very premature infants; however, further studies are necessary in this regard and on the next steps of respiratory support.