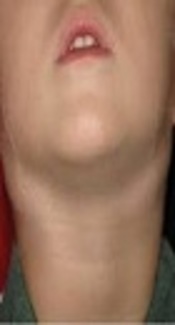 The most common complications of Bacillus Calmette-Guérin (BCG) vaccine are lymphadenopathy, lymphadenitis, abscess, and fistula. These occur in less than one percent of vaccinated individuals. The aim of this study was to determine the frequency of these side-effects in Iranian neonates at a university hospital.

The researchers decided to study the new results of BCG vaccine complications at the university center and compare them with previous results from Iran and other countries until the relative position of Iran was identified.

In a prospective, descriptive-analytical study with the census method, 214 neonates at Golestan Hospital of Tehran, Iran from May 2015 to Jan 2018 were studied. Bacillus Calmette-Guérin vaccination was performed for all these neonates at the hospital. The neonates were examined on a monthly basis by a physician and the questionnaires were completed.

In this study, the rate of lymphadenopathy, lymphadenitis, and fistulization of the abscess after BCG vaccination were 2.5%, 0.5%, and 0%, respectively. No significant difference was observed between gender and age of the infants and the occurrence of the complications (P > 0.05).

This study showed a higher rate of lymphadenopathy and lymphadenitis after BCG vaccination compared with other studied countries. Various factors are involved in making this difference, such as inaccuracy in the injection site and injection method, improper dilution and type of vaccine manufacturer, and a more immunogenic vaccine (Pasteur Company, Tehran). Therefore, health authorities should help reduce the incidence of complications of BCG vaccination with continuous education of the vaccination unit personnel, monitoring the preservation and method of vaccine preparation and change of the vaccine strain.

Tuberculosis (TB) is one of the most prevalent infectious diseases, and is the second cause of death due to infection. The most important ways to prevent tuberculosis are improving the socio-economic conditions, early diagnosis and treatment, chemical preventive measures for more susceptible groups and Bacillus Calmette-Guérin (BCG) vaccination (1). The vaccine stimulates the immune system of cells and thereby creates protection against TB infection. Furthermore, BCG is recommended for neonates in countries where there is a high occurrence rate of TB. Vaccination at birth is up to 80% effective against disseminated and meningeal TB and protection against pulmonary forms of TB in children is 50% (2).

According to the vaccination program of the World Health Organization (WHO), one dose of BCG should be administered to neonates in developing countries. A second dose is prescribed for some more inflicted countries. Children under one year of age should be given half a dose. In Iran, BCG is used in children at birth with a concentration of 0.05 mL (half dose) and in over one-year-olds with a concentration of 0.1 mL (full dose). The vaccine itself should be kept at 2 to 8°C and away from light. An opened vial should be only used in only one day. Currently, the only proposed route for BCG vaccination is intradermal, which provides a better immune response than the percutaneous route (3).

Teo et al. reported that incidence of complications was 31/10000 vaccinated infants from many countries (2). Common side-effects include topical rash and regional lymphadenitis. Fever, convulsion, loss of appetite, and irritability are rare side effects. Other side effects are rather rare, such as BCG osteomyelitis and adenitis with oral candidiasis, which suggests an underlying immunodeficiency (4). Also, there is disseminated BCG infection, a rare condition, which may affect those with impaired immune systems and occurs in one of 10 million vaccinated individuals. Supportive lymphadenitis on the other hand is one of the severe complications after BCG vaccination (5). Most BCG complications are a local disease (6). In Iran, all children are vaccinated at birth yet limited data exists on the occurrence of side-effects. Considering the fact that physician’s skills and their observance of dosage and vaccination method may influence the rate of occurrence of the above mentioned side-effects, the current study aimed at investigating the frequency of these side-effects in Iranian neonates at a university hospital. Therefore, it was decided to study the new results of BCG vaccine complications at a university center and compare them with previous results from Iran and other countries, until the relative position of Iran was identified.

In a prospective descriptive-analytical study with the census method, 235 age and gender matched neonates at outpatient clinics of the General Hospital of Golestan, Tehran, Iran from May 2015 to Jan 2018 were studied. Exclusion criteria were congenital abnormalities, structural deformities, neurologic disease, immunologic, allergic, and atopic skin diseases. Neonates born at hospitals were included in the study. The used vaccine belonged to the Pasteur Company (No.: 95bco12). The dosage was 0.05 mL and intradermal injection was done for vaccination. All these neonates were vaccinated by one person. A questionnaire and checklist was added to each of the neonate’s medical file. The neonates were examined monthly by a physician and the questionnaires were filled.

From a total of 235 neonates, 21 were later excluded because they did not refer back to the hospital. Finally, 214 neonates regularly underwent medical inspection for lymphadenopathy, lymphadenitis, abscess, and fistula. Lymphadenopathy was defined as enlargement of lymph nodes in axillar or neck, and supraclavicular areas. Lymphadenitis was based on the large lymph node with redness and fluctuation on palpation (7). All vaccinated infants were followed up monthly until nine months of age and all relevant data was recorded.

Data analysis was performed using SPSS version 16.0 (SPSS Inc, Chicago, IL, USA) and the Chi-square statistical test was used to establish whether any meaningful relationship exists between occurrence rates and each one of the two variables “age at vaccination” and “gender”. The P value of < 0.05 was considered significant.

In this study, 214 neonate, 110 males (51%) and 104 females (49%), were studied (P = 0.81). Side-effects were observed in six neonates (3%) and the remaining 208 (97%) showed no signs of side-effects. Among the complications, five neonates had lymphadenopathy (three males and two females) (2.5%); four axillaries, one supraclavicular, and one neonate (female) (0.5%) with axillary lymphadenitis were observed and there was no statistical significant difference between genders (P = 0.68) (Table 1). Also, no abscess and fistula were seen in any of the neonates.

Table 1. The Frequency of Complication in Neonates in Each Gendera

a No statistical significant between the both sex (P = 0.68).

Table 2. Time of Occurrence of Side Effects of BCG Vaccination in Neonatesa

a No statistical significant between the time of occurrence of complication was seen (P = 0.87).

This study showed the frequency of different side-effects of BCG vaccination. In the current study, greater incidence of complications was observed compared with other countries. The cause of this was not known. This may be related to the strain of the vaccine or vaccination methods. In others studies, topical lymphadenopathy and supportive lymphadenopathy were seen among BCG vaccination in a few children. Usually, lymphadenopathy appears in the axillar or on the neck at the side where an injection has been done. These lymphadenopathies sometimes change to lymphadenitis and a few of these may change to abscess and eventually become fistula that is relatively rare (8).

Also, some occurrence rates of lymphadenitis have been reported as: 0.54% for Semnan province in Iran (9), 0.3% in Turkey (12), 0.018% in South Africa (15), 0.03% in Brazil (16), 0.02% in Japan (17), and 0.03% in Europe (18). Several factors are involved in causing these complications, including dosage, age of vaccination, place of vaccination, method of injection, method of preparation of vaccine, brand, characteristics of the subjects studied and skills of the individuals, who inject the vaccine (13). In the study of Fretzayas et al., although the dose was divided to 0.025 ML in both arms, the incidence of lymphadenitis did not decrease and in some cases bilateral lymphadenitis occurred (19).

In the present study, lymphadenitis was observed in a three-month-old infant and lymphadenopathy was found up to two months of age. There was no significant difference between BCG vaccine complications and gender, which is consistent with previous studies (9, 17, 18).

This study showed that lymphadenopathy and lymphadenitis due to BCG vaccination is higher than that of other countries. However, the complications of abscess and fistula, which were rarely seen in other countries, were never seen in this study.

Various factors are involved in making this difference, such as inaccuracy at the injection site and injection method, improper dilution and type of vaccine manufacturer, and probably a more immunogenic vaccine (Pasteur Company, Tehran). Therefore, health authorities can help reduce the incidence of complications of BCG vaccination with continuing education of the vaccination unit personnel, monitoring the preservation and method of vaccine preparation and a change of vaccine strain. It is strongly recommended that the process of vaccination is closely monitored in regards to such factors.

The authors thank faculty members of Pediatric and Vaccination Department of Golestan Hospital and Dr. Mohammad Hosseinkhani and all those, who helped complete this project.

Copyright © 2018, Journal of Comprehensive Pediatrics. This is an open-access article distributed under the terms of the Creative Commons Attribution-NonCommercial 4.0 International License (http://creativecommons.org/licenses/by-nc/4.0/) which permits copy and redistribute the material just in noncommercial usages, provided the original work is properly cited.
download pdf 93.32 KB Abstract XML Get Permission (article level) Import into EndNote Import into BibTex
Number of Comments: 0