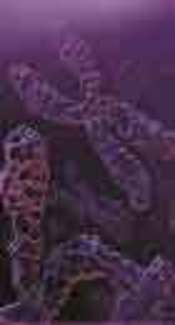 Publication of the First Issue of Journal of Human Genetics and Genomics: Message from the Editor-in-Chief

After completion of human genome project (HGP) many scientists realized that obtaining a genome ‘blueprint’ alone is not sufficient to solve all issues related to human health (1). HGP and subsequent projects like encyclopedia of DNA elements (ENCODE), international HapMap, encyclopedia of gene and gene variants (GENCODE), functional analysis program, and others assigned functions for much of the human genome, which were thought to be useless intergenic DNA. Thus, unprecedented scientific advent of HGP launched an entirely new spectrum of knowledge, offering tremendous potential to improve global health. In light of the HGP, scientists can now access and develop more sophisticated approaches to identify and record the genetic contributions to multitude of monogenic disorders and common, complex diseases (2). To illustrate, as a product of the HGP, approximately 25,000 annotated genes in the human genome as well as mutations in over 3,000 genes have been linked to for monogenic and common polygenic diseases and more disease-relevant genetic variations are being characterized at a rapid pace. The abundance of genetic information has made it possible to identify potential therapeutic approaches for genome editing or gene targeting as well (3).

Certainly the successful completion of the HGP crucially depends on the incorporation of human genomic discoveries into public health. Potential medical applications of the knowledge obtained from human genome sequences can be considered under the headings of prevention, diagnosis and treatment. Recently, massive parallel genome sequencing capability of next-generation sequencing technologies has prompted launching and implementation of sequencing programs in different crucial fields ranging from medical genetics, infection medicine and cancer. These goals are being adopted by developed countries around the world. In contrast, developing and resource-limited countries have participated minimally in post-genomic research for several reasons often related to high cost of establishing and maintaining sequencing facilities, weak or absence of a regulatory framework, lack of coherent national policies, and limited access to tools for genomic data manipulation and analysis, as well as local economic or cultural challenges. Thus, as genomics become more mainstream, most geneticists may wonder if there is place for them in post genomics word.

Taking into consideration that consanguineous marriage, which increases risk of specific congenital disorders, is customary in developing countries, and majority of the world’s population lives in these countries, it will be essential that these countries are enabled to contribute data to, and learn from major international collaborations.

The launch of Journal of Human Genetics and Genomics could not come at a better time as researchers and scientists in developing countries are gradually take their ability to participate in the genomic revolution (4). Journal of Human Genetics and Genomics as an international, peer-reviewed, open access journal focuses on publishing high impact manuscripts in the field of human and medical genetics and genomics. The emphasis of our journal will be to promote the original science that contributes to application of knowledge gained from gene isolation and characterization besides greater of their role in human disorders. Contemporary areas of human and medical genetics including gene structure and organization, gene expression, mutation detection and analysis, molecular genetics of tumorigenesis, population and evolutionary genetics, genetic epidemiology, animal models of human diseases, systems biology, epigenetics and stem cell genetics, neurogenetics/psychiatric genetics and pharmacogenetics are topics of particular interest. We will make every effort to establish Journal of Human Genetics and Genomics at the forefront of this rapidly advancing area of science. Through these venues, we hope to establish a quality resource for fast-growing field of human genetics and genomics.

Copyright © 2017, Journal of Human Genetics and Genomics. This is an open-access article distributed under the terms of the Creative Commons Attribution-NonCommercial 4.0 International License (http://creativecommons.org/licenses/by-nc/4.0/) which permits copy and redistribute the material just in noncommercial usages, provided the original work is properly cited
download pdf 66.07 KB Abstract XML Get Permission (article level) Import into EndNote Import into BibTex
Number of Comments: 0