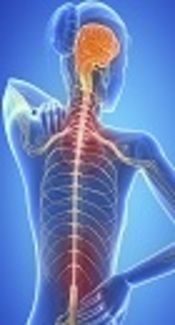 MS is a chronic autoimmune, inflammatory, demyelinating neurological disease of the central nervous system (CNS) resulting in gradually worsening illness and subsequently, often progressive neurological impairment. Currently there is no single accurate diagnostic and prognostic test for MS; diagnosis and disease monitoring are based on multidisciplinary approaches including clinical examination, magnetic resonance imaging (MRI), cerebrospinal fluid (CFA) assessment, and electrophysiology (1). Such diagnostic and monitoring approaches are costly and still have limited ability to discriminate between different stages of the disease (2, 3). Therefore, the need for simpler methods that might permit for rapid and reliable diagnosis is necessary (4).

Exosomes are microvesicles of a size between 30 and 100 nm that are released from almost all living cells into the extracellular space (5). Exosomes are believed to play crucial role in cell-to-cell communication by transporting their cargo (protein, coding-RNAs and non-coding RNAs), and delivering it to target cells, which can profoundly influence the function of the recipient cell (5, 6). Exosomes have been indicated to be implicated in pathogenesis of a number of diseases, including cancer and neurodegenerative conditions (7, 8). Given that exosomes can cross the blood-brain barrier (9, 10), the presence of circulating exosomes derived from affected and inflamed CNS cells in MS patients in is unsurprising. One of the most promising exosomal biomarker materials involves small noncoding RNA.

Growing body of evidence shows the implication of miRNAs in numerous physiological and pathological processes and identified them as potential biomarkers, therapeutic agents, or drug targets. Investigating the pattern of miRNA expression in the immune cells, brain, blood, and cerebrospinal fluid in patients with MS and in experimental autoimmune encephalomyelitis (EAE) have showed that several miRNAs are differentially expressed in MS setting compared with controls. This makes the miRNAs potential to be used as diagnostic or drug-response biomarker (12-14).

Until recently, most available studies focused on the investigating free-floating extracellular miRNAs in biological fluids; but, as exosomes effectively separate and protect their content from the extracellular environment; measurement of exosomal miRNAs likely provides a more reliable approach than the analysis of free- floating miRNAs (15). Moreover, the exosome miRNA profile is specific to target selected cells and induce changes that are preprogrammed in the host cells (5). Thus, analysis of exosomal miRNAs might provide important data on the setting of MS.

The databases were searched for the terms “exosome” and “microRNA” and “multiple sclerosis” for the terms in title, abstract or both. Related articles were selected from 2015 to 2018. The number of available experiments was quite low; however, taking into account the novelty of the subject, we provide a brief overview of this emerging method.

A number of available studies have showed that exosomal miRNAs are dysregulated in MS patients and their expression levels differed between disease subtypes. In a study by Ebrahimkhani et al. (16) the authors identified differentially expressed exosomal miRNAs in both relapsing-remitting MS (RRMS) (miR-15b-5p, miR-451a, miR-30b-5p, miR-342-3p) and progressive MS patient sera (miR-127-3p, miR-370-3p, miR-409-3p, miR-432-5p) compared to healthy controls. They also showed that serum exosome miRNA profiles have the potentials to distinguish MS patients from healthy controls, and also discriminate RRMS from progressive forms of the disease with high accuracy. In other study by Selmaj et al. (17) four exosomal miRNAs (hsa-miR-122-5p, hsa-miR- 196b-5p, hsa-miR-301a-3p, and hsa-miR-532-5p) were identified to be differentially expressed in RRMS patients versus healthy controls.

Copyright © 2017, Journal of Human Genetics and Genomics. This is an open-access article distributed under the terms of the Creative Commons Attribution-NonCommercial 4.0 International License (http://creativecommons.org/licenses/by-nc/4.0/) which permits copy and redistribute the material just in noncommercial usages, provided the original work is properly cited
download pdf 76.81 KB Abstract XML Get Permission (article level) Import into EndNote Import into BibTex
Number of Comments: 0