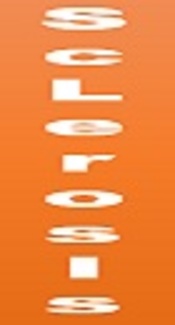 The Association of Genetic Factors to Multiple Sclerosis Susceptibility

Multiple sclerosis (MS) is an autoimmune and neurodegenerative disease of central nervous system (CNS) which is affecting more than 2 million individuals in the world. During the acute phase of the disease, neuroinflammation, the activation and invasion of immune cells to CNS and demyelination are prominent. However, in the chronic and progressive phase of the disease, the immunological aspects decline and demyelination and axonal degeneration leads to permanent disability of patients. Since introduced at 1868, the etiology of MS remains unclear. Two general hypotheses try to explain the etiology: outside-in and inside-out. The former which is more accepted, indicated that the disease starts with a malfunction in specific types of immune cells (outside of CNS) which can be explained by genetic factors. In the latter hypothesis, a signal from CNS -like exposure to myelin antigens or similar antigens from viruses/bacteria- elicit the harsh immune response. There are some evidences for each one but at present the most accepted opinion is to consider MS a heterogeneous disease in which genetic predisposition and many environmental factors are evaluated in the disease onset (1, 2).

There are some strong evidences in favor of the influence of genetic factors in disease development. In monozygotic tweens, if one of them develop the disease, there is a risk of 20% - 30% for the other one to be affected. The probability decreases by decreased degree of genetic sharing. For example, for dizygotic tweens the probability drops to 5% and it will be even less for half siblings (3, 4). Furthermore, the risk of MS in families with both affected parents is significantly higher than families with only one affected parent (5). Interestingly, the familial heritability of MS, not only determine the possibility of its incidence, but also the time course and the severity of the disease (6). In spite of this familial risk, there is no pattern of inheritance like Mendelian traits.

Modern technologies like microarray open a pipeline for searching the genes which may have a role in MS susceptibility. Until now, near 200 loci are introduced that may contribute to MS susceptibility. However, no single gene is fully responsible for the disease and a MS-prone genotype may elicits from multiple independent DNA variants. Interestingly, near 90% of the introduced loci are located in noncoding part of the DNA. Logically, no protein is coded in the noncoding sequences of DNA, though they may play an important role in gene regulation. Many of the susceptibility genes, found to be associated to other autoimmune diseases which favors the outside-in hypothesize (7).

As first described at 1972, there is a strong association with the loci in HLA/MHC region of chromosome 6 and MS susceptibility. HLA is a complex array of genes which in human code the MHC (major histocompatibility complex) peptides. These peptides are responsible for antigen presenting to T cells which can turn on a cascade of immune responses. Though HLA region may determine a MS-prone genotype, the exact mechanism of MHC peptides in MS is not known (7). In this region, A polymorphism loci named HLA-DRB1 has more than 400 allele and is strongly involved in MS susceptibility, as the HLA-DRB1*15:01 allele has the strongest association for MS (OR = 3.1). Interestingly in the promoter of HLA-DRB1 there is a functional binding site for vitamin D (VDRE or vitamin D response element). This observation, may explain the contribution of genetic and environmental factors together for MS development (8). There are some other important alleles in the region which have an association with MS susceptibility, including the risk alleles HLA-DRB1*03:01 (OR = 1.26), HLA-DRB1*13:03 (OR = 2.4) and protective class I HLA-A*02:01 allele (OR = 0.73).

SNP (single nucleotide polymorphism) is a variation in a single nucleotide in a specific location in the genome which happens in more than one percent of the population. A SNP will not necessarily lead to a disease but it can determine the susceptibility to a disease. Regarding MS, some SNPs are highly associated with HLA-DB1*15:01 allele or HLA-DPB1*03:01 allele in HLA region and thus to MS susceptibility (9, 10).

Based on the increased knowledge of the human genome provided by Human Genome Project, the human HapMap project, high-throughput genotyping technologies and international collaborations for sharing information, identification of genetic risk variants for MS has made remarkable progress. These advances lead to the development of genome wide association studies (GWAS) based on linkage disequilibrium between common variants in the genome. The variants that are inherited together more often than what would be expected by chance, are in linkage disequilibrium with each other. So the recognized SNPs can be used as a marker for several other SNPs in a specified region. For this reason, more than 80% of the common variants in the genome can be captured in one experiment just by screening several hundreds of well-chosen SNPs (11). Further GWAS studies over the following years revealed more MS risk variants. Totally more than 100 common non-HLA risk variants with modest effects on MS susceptibility have been identified (4).

In addition to common variants, it seems that rare variants also play a role in complex disease etiology (12). For instance, it has been suggested that R92Q in the tumor necrosis factor receptor superfamily, member 1A (TNFRSF1A) gene may associated with MS (13). This variant is also associated with the rare genetic disease of tumor necrosis factor receptor-associated periodic syndrome (TRAPS, OMIM 142680). In a Belgian study the association between this variant and MS was reiterated with a 2.26-fold increase in MS risk (14). However, analysis of MS patients in many studies by next generation sequencing, did not show significant association signals for low-frequency or rare exonic variants in known risk genes (4).

It is suggested that copy number variants (CNVs), such as deletions and multiplications, are involved in etiology of several neurodevelopmental disorders (15), but there are a little evidence for their contribution to common diseases such as MS. In contrast to CNVs which modify the DNA sequence, epigenetic modifications like DNA methylation, histone modification and miRNA-mediated genetic silencing, may also play a role in disease development by changing the genomic structure and gene expression. Several studies consider a role for epigenetics in MS pathogenesis, but more evidence is required for confirmation (16-18).

As it is obvious, most of the genetic factors associated with MS are known to regulate immune system (19). However, a gene which can regulate the blood-brain barrier (BBB) permeability is suggested to have a role in the incidence of immune model of MS named experimental autoimmune encephalomyelitis (EAE). The females of SJL mice is known to be more sensitive to EAE in comparison to male SJL mice. This is correlated to higher expression of a gene named S1PR2 on BBB cells of females which may delineate the genetic basis of female susceptibility to MS. Therefore, in addition to immune system regulation and function, the genetic predisposition of MS may resides in the barrier properties of endothelial cells (20).

In total, there are enough evidences to consider a crucial role for genetic factors in MS susceptibility. On the other hand, many environmental factors may trigger the disease. How much these factors for each person may contribute to MS incidence should be answered in future.

Copyright © 2018, Journal of Human Genetics and Genomics. This is an open-access article distributed under the terms of the Creative Commons Attribution-NonCommercial 4.0 International License (http://creativecommons.org/licenses/by-nc/4.0/) which permits copy and redistribute the material just in noncommercial usages, provided the original work is properly cited.
download pdf 89.87 KB Abstract XML Get Permission (article level) Import into EndNote Import into BibTex
Number of Comments: 0