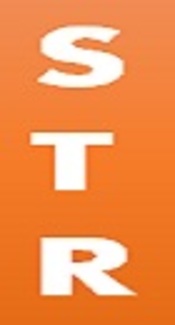 Short tandem repeat (STR) markers are extensively being used for human identification as well as paternity and forensic analysis of biological evidence.

Estimation of allelic frequencies and several forensic and paternity parameters of 15 STR loci were performed with the AmpFLSTR Identifilerr kit (Applied Biosystems) for 274 unrelated individuals living in Iran.

No deviation from Hardy-Weinberg equilibrium was found in any loci studied in this population. Among the 15 STR loci analyzed in the Iranian sample, the most discriminating loci were D21S11, D2S1338, D19S433, D18S51 and FGA with the highest power of discrimination. The allelic distribution also was compared to 13 other populations including 3 Iranian population living in Syria, Dubai, the USA and in Fars province and 8 population from published studies of Azerbaijan, Bolu in Turkey, Morocco, Syria, Iraq, Saudi Arabia, Turkey, East Anatolia, and Pakistan.

The human genome sequence is composed of many repetitive regions, and these repeat regions are found not only in the coding regions but also in the non-coding regions of the genes. More than 30% of the human genome contains these repeat regions. Short tandem repeat or STRs are one of these repeated DNA sequences dispersed across the entire human genome. STR loci are highly polymorphic markers and their repeat unit motif varies between 2 - 6 bp. Due to their high polymorphism and heterozygosity as a powerful tool in providing genetic maps, and utilized in forensics, and linkage analysis. The frequency of STR alleles, in different races, and even in certain geographical regions, show variations. Therefore, the investigation of frequency of each STR allele in each particular and specific population is essential for proper interpretation of the results (1-3).

The aim of this study was to investigate the allelic distribution and several forensic parameters in Iranian population and compare these results with some neighboring population. To this end, a group of individuals referred for paternity testing were chosen for 15 STR loci, including the 13 CODIS core STR loci (D3S1358, D16S5391, D7S820, D8S1179, D21S11, D18S51, D5S818, D13S317, FGA, THO1, TPOX, CSF1PO, and vWA), in addition to D2S1338 and D19S433 were carried out on these samples. To make sure, these individuals are not in any way related, only non-consanguineous parents, as well as the excluded offsprings, were included in the study. As a result, they may be regarded as a representative of the Iranian population.

Informed written consent was obtained from all individuals and the study was approved by the local ethics committee.

STR allele frequencies for each locus and the results of statistical analysis of their parameters are summarized in Table 1. The observed allele frequencies ranged between 0.0018 - 0.482. No deviation from Hardy-Weinberg equilibrium was detected in any of STR loci. All markers were shown a high degree of genetic polymorphism, with observed heterozygosity (HO) values ranging from 0.614 (TPOX) to 0.879 (D8S1179) and PD values ranging from 0.851 (TPOX) to 0.974 (D2S1338). PIC varied between 0.64 (TPOX) and 0.88 (D2S1338) indicating good informativeness and suitability of 15 STR loci for forensic and population study.

The allele frequency spectrum detected in this study were compared with the published data of 13 different studies on regional and related population including Moroccans (5), Syrians (5), Azerbaijanis (6), Iranians living in Dubai (7), Iranians living in the USA (8), Iraqis (9), Bolu (10), Turkey (11), East Anatolia (12), population of Fars province in Iran (13) and Pakistan (14) populations. The data is shown in Table 2.

Table 2. The Result of Comparison Between 15 Autosomal STR in Iranian Population and 13 Other Populationsa

According to this inter-population comparison, our population has the greatest difference with Azerbaijani population (11 loci) and Saudi Arabia population (6 loci), whereas our results are very similar to Iranian individuals residing in the USA and Iraqi population. FGA was found to be the most differentiating locus among all compared population. While the locus D5S818 did not show significant difference between different pathological purposes. In conclusion, the findings of this study could be useful as a reference for Iranian population genetic and forensic study.

Copyright © 2019, Journal of Human Genetics and Genomics. This is an open-access article distributed under the terms of the Creative Commons Attribution-NonCommercial 4.0 International License (http://creativecommons.org/licenses/by-nc/4.0/) which permits copy and redistribute the material just in noncommercial usages, provided the original work is properly cited.
download pdf 95.80 KB Abstract XML Get Permission (article level) Import into EndNote Import into BibTex
Number of Comments: 0