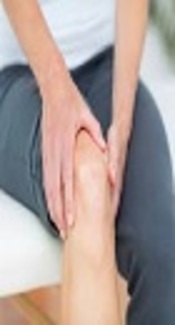 The objective of this study was to evaluate if ozone is capable of improving pain, function and quality of life, and to decrease serum uric acid in human knee osteoarthritis (OA) patients.

Overall, 42 patients, 31 females (73.81%) and 11 males (26.19%) were enrolled in a prospective quasi experimental before-and-after study. Mean age of the sample was 66.9 ± 8.83 years. Treatment consisted of four sessions (one per week) of an intra articular infiltration of a medical mixture of oxygen-ozone (95% to 5%), 20 mL volume at a 20 µ/mL concentration, on the most symptomatic painful knee. Before and after the intervention, the researchers measured outcomes including serum uric acid and pain, function, and quality of life by the visual analogue scale (VAS) and by Western Ontario and Mac Master index for OA (WOMAC). The OA patients were graded by Kellgren-Lawrence radiological scale as 2° to 4° grades.

Intra articular ozone is capable of decreasing pain and stiffness and improving function and quality of life, as well as decreasing serum uric acid in knee OA patients.

Osteoarthritis (OA) is the most common type of arthritis and it is a chronic, painful, and inflammatory disease that produces functional impairment in Western societies and has affected nearly 27 million Americans and 4 million Spanish patients, to date some (1-3).

The economic impact is such that OA is the cause of 50% of disabilities in Spain, and the direct cost in this country is 4 738 million Euros per year, representing 0.5% of the gross domestic product (3). Furthermore, OA is a progressive and degenerative age-related joint disease that culminates in loss of articular cartilage, joint space narrowing, and remodeling of subchondral bone (4). Osteoarthritis has no cure and the current management includes non-pharmacological and pharmacological interventions and frequently involves costly joint replacement procedures, not exempt from risk or side effects (3, 5).

The challenge for the future in the management of OA is to discover early tools for the diagnosis and prognosis of the disease, and to discover effective treatments. Biomarkers constitute those early tools (10). Since OA is closely related to inflammation, inflammation biomarkers, such as C-reactive protein (CRP), erythrocyte sedimentation rate (ESR), pro-inflammatory cytokines (IL-6, IL-1β), and very recently uric acid has been used to determine such relationship (11-14). Several epidemiological observations have reported the association of uric acid with OA. Roddy et al. suggested that gout and OA share a common pathogenic link (15). Ma et al. stated that the deposition of monosodium uric acid crystals secondary to hyperuricemia, promote direct cartilage degradation (14). Martinon and Denoble, in different studies, stated that monosodium uric acid crystals activate macrophage innate immune responses via NALP3 (Natch Domain, Leucin-rich repeat, and pyrin domain containing protein 3), activating caspase-1 and releasing IL-1β and IL-18, cytokines related to cartilage degradation. According to this study, gout and OA would share the same inflammatory pathway (14, 16, 17).

Biomarkers of inflammation (especially CRP and IL-6) and biomarkers of cartilage degradation (including matrix metalloproteinases), have been previously related to pain and progression in OA (18-21). Besides, non-steroidal anti-inflammatory drugs (NSAIDs) and dietary bioactive compounds (curcumin, ginger, green tea polyphenols, and strawberries) have been shown to be effective in the management of pain symptoms and in reducing inflammatory biomarkers of OA (22). Unfortunately, most of such studies for the management of knee OA are limited in number and short in duration; moreover, they mainly evaluate pain and function but no inflammation biomarkers.

Decades of experience have demonstrated that ozone is capable of modulating inflammation (23). Fernandez-Cuadros et al. stated that intra articular ozone is useful in the management of knee OA, improving pain, function, and quality of life (24). In a two-year follow-up period, the same study group stated that ozone is capable of slowing and even reverting knee OA, based on radiographic evaluation (25, 26). Very recently, the current researchers reported the efficacy of ozone in improving knee OA symptoms and decreasing surrogate biomarkers of inflammation, namely CRP and ESR in human patients with knee OA (26). However, to the best of the author’s knowledge, there is no report on the efficacy of ozone in decreasing uric acid, a new biomarker of inflammation in knee OA patients.

The objective of the current study was to evaluate if ozone is capable of improving pain, function, and quality of life (QoL), and to decrease serum uric acid in human knee OA patients.

A total of 42 patients were enrolled in a prospective quasi-experimental before-and-after study; 31 females (73.81%) and 11 males (26.19%). Mean age of the sample was 66.9 ± 8.83 years (Table 1). The study was performed at the rehabilitation department of Santa Cristina University Hospital and run from January, 2017 to March, 2018, and it was approved by the Ethical Committee of the Santa Cristina University Hospital.

Patients older than 18 years of age, with clinical signs of OA (based on the criteria of the American College of rheumatology) (27) and on radiological signs, graded from 2° to 4° (based on Kellgren and Lawrence (KL) grading system), were included in the study. Patients with allergy to ozone (23-26) or those, who did not perform biochemical, clinical or radiological follow-up evaluation were excluded from the study.

Before treatment, informed consent was obtained and signed by all patients. The severity of pain was measured by the visual analog scale (VAS), function and quality of life were measured by the WOMAC scale (Western Ontario and Mac Master Index for Osteoarthritis), and serum uric acid was evaluated by biochemical analysis.

The VAS is a Likert type pain scale used to evaluate pain in a graded score from 0 to 10, 0 meaning no pain, and 10 the greatest pain experienced by the patient (28). Furthermore, WOMAC is an Index that evaluates pain, function, and stiffness in knee OA patients and it is useful for evaluating the specific quality of life in these patients. This scale evaluates three items, namely pain (form 0 to 20), stiffness (from 0 to 8), and function (from 0 to 68), where a greater value indicates greater severity (3, 29).

Serum uric acid determination was performed by the use of the 3P39-41 Uric Acid Reagent Kit ® (from Abbot, USA). The serum was collected by standard venipuncture techniques. The coefficient of variation of this determination was 3.6% (31).

The treatment protocol consisted of four sessions (one session/week) of an intra articular infiltration of a medical mixture of oxygen-ozone (95% - 5%), 20 mL volume at a 20-µg/mL concentration. Patients were infiltrated on the most symptomatic knee. The technique has been previously described by the current study group (23-26).

After the fourth infiltration was performed, VAS and WOMAC scales were applied, serum uric acid was analyzed and adverse effects were registered. To perform the statistical evaluation, the statistical package for social studies (SPSS) 20.0® was used. Mean and standard deviation (SD) were used to describe quantitative variables at baseline; while, for qualitative variables, frequencies, and percentages were employed. To evaluate change, before and after the intervention, T-student Test was applied. The level of significance was 95% (P = 0.05).

To the best of the author’s knowledge, this is the first study that states that Ozone decreases serum uric acid, as a new OA biomarker, and the decrease comes in line with a clinical improvement on symptoms severity, such as pain, stiffness, function, and QoL.

Uric acid is the end product of purine metabolism in humans and it is generated by the action of xanthine oxidase enzyme. For years, uric acid was considered as a metabolically inert substance; however, growing evidence states that uric acid has multiple actions on cellular metabolism (32). 1, Uric acid acts as an endogenous antioxidant and powerful scavenger of single oxygen peroxyl (ROS) and hydroxyl radical (OH) (33); 2, inside the cell, uric acid exerts pro-oxidative effects and behaves as a pro inflammatory factor (32). Thus, uric acid can act as an antioxidant and pro-oxidant factor. When acting as an antioxidant, uric acid chelates metals and scavenges oxygen radicals (34). As a pro-oxidant, uric acid oxidizes lipids, reduces nitric oxide availability in endothelial cells, (35) and increases reactive oxygen species (36). In summary, under normal physiologic conditions, uric acid acts as an antioxidant; yet, under ischemic conditions, becomes a pro-oxidant, producing systemic inflammation, common in systemic diseases, such as metabolic syndrome, hypertension, stroke, atherosclerosis, and recently OA (32).

All previous evidence suggests that uric acid and OA might share some common pathogenesis pathways. There are two possible mechanisms that would explain the pathological link between uric acid and OA. In the first mechanism, gout may promote cartilage degradation due to the direct effects of monosodium urate crystals. Crystal’s deposits were strongly associated with cartilage degradation. By a second mechanism, acid uric crystals might activate the macrophage innate immune response via NALP3 inflammasome, releasing IL-1β and IL-18, after activation of caspase-1 (14).

As seen before, uric acid is related to biomarkers of inflammation; namely CRP, IL-6, and TNF-α, but also to synovial fluid IL-1β and IL-18. Since ozone is capable of modulating inflammation, and the current study group had recently reported that ozone reduces biomarkers of inflammation, the authors hypothesized that ozone could be capable of decreasing uric acid, an objective that has been demonstrated in the current study and reported for the first time in the literature.

The previously reported values are noteworthy, because patients were non-gout; and although uric acid levels are lower than 6.8 mg/dL (which is the crystallization threshold), this level is good enough to contribute to cartilage degradation, via activation of inflammasomes (17). This would explain the symptoms referred by patients at baseline in the current study, measured by VAS and WOMAC scales.

The strengths of the current study were the use of a standardized clinical method for measuring serum uric acid levels, the standardized acquisition of radiographs to classify knee OA, and the use of validated clinical scales, such as VAS and WOMAC. The sample was mostly community-based and probably representative of patients with knee OA in the general population.

A limitation of the current study was the lack of control group. This was mainly due to the limited number of cases (n = 42). As patients accepted the ozone protocol, and they failed previous conservative treatment, it was not ethical to deny an ozone intervention. A before and after intervention is a methodology used to solve such ethical situation and to solve the absence of the control group. Thus, a before-and-after evaluation was performed on the same treatment group. In such a case, the change observed after the intervention is expected to be a direct effect of the ozone treatment protocol. However, the methodological limitation of the study and the small sample size do not affect the observations of this study.

Intra articular ozone is capable of decreasing pain and stiffness and improving function and quality of life, while decreasing serum uric acid in knee OA patients. The biochemical and clinical effectiveness of ozone has been observed in mild, moderate, and severe knee OA grades.