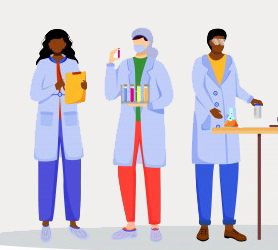 Examinations and laboratory tests and studies are not in themselves abnormal, normal, negative, or positive. These adjectives apply to observations, results, or findings.  Avoid the use of "normal" and "abnormal" to describe persons' health status.

Results of cultures and tests for microorganisms and specific reactions to tests may be negative or positive. Other tests focus on a pattern of activity rather than a single feature, and hence a range of normal and abnormal results is possible. These tests include electroencephalograms and electrocardiograms, and modes of imaging such as isotopic scans, radiographic studies, and tomography.