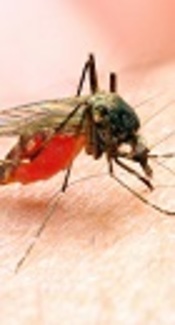 Comparison of PfHRP-2/pLDH RDTs with Light Microscopy in a Low Prevalence Setting in Southeastern Iran, Sistan and Baluchestan: Due to Implementation of Malaria Elimination Program

The gold standard for diagnosing malaria in Iran is using light microscopy; however, this method requires equipment, time and skilled microscopists. In some circumstances, rapid diagnostic test (RDTs) can be a proper substitute. Assessing the diagnostic performance of RDT relative to microscopy, for the diagnosis of malaria in Southeastern Iran, Sistan and Baluchestan, was the purpose of this study.

From March to July 2016, which was a peak transmission season in Iran, 318 patients with suspected malaria were taken for a blood sample at the health center in Saravan, in Sistan and Baluchestan Province. The samples were surveyed instantly by light microscopy and RDT. Comparison analysis included: sensitivity, specificity, positive and negative predictive values, and other diagnostic screening performance measures for detecting malaria infections.

Malaria, transmitted by female Anopheles species mosquitoes, is one of the most significant parasitic diseases for individuals (1). World health organization (WHO) stated lately that 438000 cases out of 214 million malaria cases have resulted in death in 2015. Attributable to the endeavors worldwide, Malaria is particularly constantly one of the main health challenges in developing countries (2). It is considered as one of the leading bases of attention for public health in several countries including Iran, especially in south and south-east regions of the country (3). Much endeavors and progress has been made by the WHO to control and eradicate malaria (4). Iran is a malaria endemic area and malaria is regarded as a main health medical challenge in this area (5, 6). Frequency of malaria has recently declined as a result of the endeavors of health establishments and specialists in Sistan and Baluchestan Province (5). Whereas parasite-based identification is growing, most doubted cases of malaria are not suitably diagnosed and thus disease monitoring continues to be obscure (7). This method entails equipment, time, and experienced microscopists, even if microscopic checkup of a tainted peripheral blood smear (PBS) is regarded as the gold standard for malaria diagnosis (8). It was also revealed that in most secondary health structures, the quality and value of diagnosis b field microscopy was not satisfactory, which leads clinicians to treat patients for malaria regardless of the outcome of the microscopy (9). The PfHRP-2/ pLDH RDTs are on the basis of immune chromatography, P. falciparum-specific histidine rich protein 2 (pfHRP-2), and solubility in water and can make out the type of P. falciparum. Besides, in sexual and nonsexual stages in all Plasmodium species Plasmodium, lactate dehydrogenase (PLDH) is produced (10, 11). Nevertheless, alternative rapid diagnostic tests (RDTs) have been improved for use in non-endemic regions and rural areas, where trained microscopists are less accessible, and endemic regions for controlling and elimination programs of malaria (12). However, the result should be approved by a microscopic method (8). The goal of this study was conducted to evaluate the sensitivity and specificity of RDTs in line with the conventional light microscopy (LM) in Southeastern Iran, Sistan and Baluchestan.

We conducted a cross-sectional study at a health center in Saravan, a town in Sistan and Baluchestan Province (27° 22’ 15” N, 62° 20’ 3” E, 1165 m above sea level) (Figure 1) from March to July 2016, which was a peak transmission season in Iran. The population of Saravan was about 175728 in 2011. The majority of its population depends on subsistence farming. Furthermore, the potential for transmission of malaria in these areas is due to population displacement with the eastern neighboring country (Pakistan), appropriate climatic conditions suitable for malaria vectors survival, and low socioeconomic conditions. Saravan health center is one of the health centers in the district where people indicating symptoms of malaria get free diagnostic services and treatment. Despite the presence of different control activities in the area, it has remained endemic for both P. vivax and P.falciparum malaria. Geographical Locations Where This Study Was Carried Out

During the study period, 318 patients, in Saravan health center, suspected of the malaria infection, were included and screened using light microscopy (LM).

The PfHRP-2/pLDH RDT is a quick, qualitative immunoassay, parallel stream cassette gadget that utilizes 5 µL entire blood for the identification of P. falciparum-specific histidine rich protein-2 (P. falciparum-HRP2), and pan-specific pLDH for all Plasmodium species. The RDT was utilized by following the manufacturers directions offered in the product insert (First Response Malaria Ag. (pLDH / HRP2) Combo Rapid Diagnostic Test, INDIA). Reading and elucidation of test outcomes were conducted by 2 skilled technicians and elucidated by concord within the given 15 - 30 minutes test window. No test scores surpassed the 30 minutes limit. Any test that was unsuccessful to make a control band was regarded as unacceptable and the test was conducted again. Test interpretation criteria are presented in Figure 2. Microscopy was applied as the suggesting and direction standard in this study. With each RDT, we arranged a corresponding thick and thin blood film and stained them with the Giemsa solution (1:10 dilution for approximately 20 minutes). We studied the slides utilizing a compound light microscopy under × 1000 oil-immersion magnification by a skilled laboratory professional in the center. All slides, prior to being accounted for as either negative for malaria parasites and for the recognition of low density mixed species infections, were checked for at least 100 high-magnification fields. We accounted parasite numbers for 200 white blood cells (WBC) to evaluate parasite thickness per µL of blood, supposing a standard mean WBC count of 8000/µL blood. Afterward, as an observer-blinded assessment, all slides were scrutinized by a self-sufficient practiced malaria microscopist.

The diagnostic performance of RDT was evaluated using the microscopic method as the gold standard. We carried out the statistical analysis using SPSS 13.0 software (SPSS Inc, Chicago, IL, USA). We determined sensitivity, specificity, PPV, and NPV for both tests and compared them with one another. Kappa value was determined to see if the results among the diagnostic tools were consistent. Chi-square was used to test for significant differences between gender, age group, occupation, residence, and nationality with parasite positivity by the LM.

The study protocol was approved by the research ethics committee of Mashhad University of Medical Sciences, Mashhad, Iran (IR.MUMS.fm.REC.1395.440). Oral consent was obtained from the participants before sampling. Participants who were diagnosed with the malaria infection were given the appropriate treatment at the health center.

We included a total of 318 malaria suspected patients in the study. The male to female ratio was 1.37:1 while the mean age (SD, range) of the participants was 29.1 years (22, 1 - 95). Most of the individuals participating in the test were from rural areas of the district (58.5%). Table 1 describes parasite positive results detected by LM among different sociodemographic factors of patients. Chi square test showed the sex and resident of the participants were not significantly associated with parasite positivity, however, nationality was associated with parasite positivity (Table 1). The overall parasite positivity using LM was 21 (6.6%): 4 (1.3%) for P. falciparum, 16 (5%) for P. vivax, 1 (0.3%) for P. malariae, and no detections of any mixed infections. Using the RDT, the total parasite positivity was 22 (6.9%): 5 (1.6%) for P. falciparum, 17 (5.3%) for all Plasmodium species. Differences in the detection of malaria parasites via either the LM or the RDT was insignificant (P < 0.001).

Saravan is a border city (Having a common frontier with Pakistan) where for the ties and kinship of the residence of the 2 sides, especially in border villages, a high rate of commute and frequentation is observed and as a result, the transmission of Malaria to Iran is more likely. Moreover, due to geographical dispersion and scattering the villages lack of laboratory facilities as well as skilled microscopists, the most significant strategy of Malaria comprehensive control and elimination program in Iran is the rapid diagnosis of Malaria in such places (13). Hence, rapid malaria diagnosis is an essential factor of the national malaria control plan in Iran, which depends on the utilization of LM and RDTs. The present study revealed a high sensitivity and specificity of the RDT (Table 2). The important finding of this study was that the sensitivity and specificity of RDT was respectively 95.5% and 100% in comparison to the gold standard microscopy method for detecting malaria. The high sensitivity of the RDT in this study were corresponding with other studies from Jimma, southwest Ethiopia (14), Madagascar (15), and northwest Ethiopia (16). The current study showed higher sensitivity and specificity than reports from China (17) and Ashton et al., from Ethiopia (16). The high specificity of the RDT in this study corresponded with another study from Jimma, southwestern Ethiopia (14). Furthermore, the present study revealed higher specificity than reports from Senegal (9), China (17) and northwest Ethiopia (16). These distinctions could be because of variant observer, differences with malaria species circulating at various regions or host elements the number of positive cases in this study was low (18).

The sensitivity for the P. vaivx in the current study was higher in China-Myanmar endemic borders (17), Indonesia, and the reports by Bruno B Andrade et al. (20). The specificity for the P. vaivx in the current study was similar to the reports of some studies (16, 22) and lower in others (14, 17, 20). For sensitivity and specificity examination of PfHRP-2 and PLDH, tests in recognizing P. falciparum, Iqbal J et al., outlined that the sensitivity of PfHRP-2 was more than PLHD; nonetheless, specificity of PLDH was more than PfHRP-2 (27, 28). The distinctions in the specificity of the RDT could be because of the above-mentioned grounds (18). High NPV of the RDT suggests that it was reliable on eliminating malaria. Likewise, the higher PPV suggests that patients will be detected positive more accurately for malaria and will keep away superfluous treatments. Its applicability and rapidity plays a significant role in diagnosing both falciparum and vivax malaria identification, rapid case administration, as well as cross borders malaria observing in the Iran endemic territories in the National Malaria Elimination program. By and large, the RDT proved great sensitivity and specificity when compared to the LM.

The study proved that the RDT test carries out appropriately well for the identification of P. falciparum and P. vivax malaria infections in cross-border malaria. Moreover, the RDT can be a helpful instrument for the identification of new clinical instances of malaria in this region. The RDT could, in this manner, be utilized instead of LM, which in poor layouts cannot be utilized regularly.

Copyright © 2018, International Journal of Infection. This is an open-access article distributed under the terms of the Creative Commons Attribution-NonCommercial 4.0 International License (http://creativecommons.org/licenses/by-nc/4.0/) which permits copy and redistribute the material just in noncommercial usages, provided the original work is properly cited.
download pdf 4.56 MB Get Permission (article level) Import into EndNote Import into BibTex
Number of Comments: 0