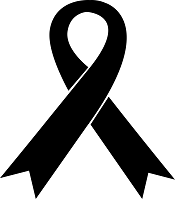 In my close attachments with Dr. Abbas Norouzi Javidan as the Executive Manager of Archives of Neuroscience, I have been marveled at his sense of devotion, correct judgments, and punctuality. He proved himself as a conscientious and dependable faculty. His love for our journal, Archives of Neuroscience, and his endeavors to enable it to be on a par with other renowned journals had been unparalleled. He supported the fledgling journal with all his efforts ever since it was launched. He maintained close and friendly relationships with the staff who worked at the Brain and Spinal Injury Research Center. He was very kind-hearted and soft-spoken for which everybody loved him. He never nurtured ill-will toward anyone. Death was inevitable but it shuddered my heart. He passed away on March 10, 2020. During the meetings, he would try to look at the problem from all angles until he had either fathomed it or else convinced himself that his data were insufficient.

He was liked for his availability and affability, the qualities that very few people possess. Furthermore, he also possessed a sterling quality of adaptability to almost all the things that cropped up. As the Editor-in-Chief of the Archives of Neuroscience, I would take this opportunity to express my gratitude for his dedication, labor, and friendship. I think he believed in the French proverb, “Tout comprendee, e’est tout pardoner”.

He was a man of iron nerve and battled hard and courageously with his colon cancer for which he was operated upon and later on received multiple courses of chemo- and radiotherapy.

The last time I saw him a couple of days before his admission to the hospital, it appeared as if he was sinking into an abyss. It did not take him long after his last admission to succumb to the cancer he had been battling all these years. We would always remember him for his extremely polite manners and his adorable behavior with his colleagues and staff.

May his soul rest in eternal peace.