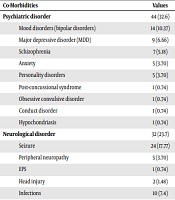 The Pattern of Substance Abuse in the Psychiatry Department of a Tertiary Care of Srinagar Hospital, Jammu and Kashmir, India

Substance-use related disorders (SUD) are a major public health concern worldwide, especially in developing nations. Currently, it is characterized by high rates of mortality and morbidity. Moreover, through increased utilization of healthcare services, it causes both direct and indirect significant medical expenditures.

The current study aimed to evaluate the pattern of Substance abuse in the department of psychiatry of a Tertiary Care Hospital, Srinagar, Jammu, and Kashmir, India.

This is a descriptive, cross-sectional, and open study conducted in the psychiatry inpatient department of a tertiary care hospital, Srinagar, Jammu, and Kashmir, India, for 7 months (January to May 2020).

In this study, cigarette smoking (nicotine) was the most commonly abused substance. It can be justified by the fact that Kashmir is a conflict zone, and many people suffer from the post-traumatic stress disorder. Hence, a collaborated effort is necessary to improve the prescribing pattern and to enhance the rational use of medications for better treatment outcomes.

Mental and substance use disorders (SUD) have become a major public health concern worldwide. SUDs not only are a huge burden to the nations but also are a great challenge for health systems in both developed and developing regions worldwide. The treatment rates available for patients with mental disorders and SUDs are still considerably low. Besides, there is a treatment gap of over 90% in many developing countries where there is a lack of funds. Due to these issues, developing nations are facing an increased and huge burden of non-communicable diseases, with mental disorders and SUDs as the major causes of morbidity. On the other hand, developing countries often allocate a lesser proportion of their health budgets to mental health disorders (less than 2%). Drug abuse causes everlasting consequences in brain chemistry and function, and the whole brain’s physiology takes a beating (1-3). The SUD includes a wide range of behaviors. Such behaviors may not be limited to addiction or excessive usage, and dangerous substance-induced behaviors may also be seen. The patients are diagnosed with criteria of behaviors that consist of poor functioning at different places, inability to control substance use, interpersonal problems due to substance use, and hazardous abuse of the substances. The first step to overcome the SUD is to purge the body from drugs (4-6). In cases with severe physical addiction, detoxification is mandatory to support the withdrawal manifestation. The prerequisites of overcoming SUD are creating a cooperative environment and avoiding different triggers for substance abuse. Depending on the severity and duration of the addiction, those with SUD may be treated either inpatient or outpatient at different health set up (7-9).

Depending on the conditions of the patients, they may be recommended by different health care professionals with various expertise. Family support and counseling have a crucial impact on the success of interventions (10-12). Physicians may also suggest necessary rehabilitation, higher-level treatment, and self-help for families and kids with substance abuse problems (2).

In this line, the current study aimed to evaluate the pattern of substance abuse in the Psychiatry Inpatient departments of Srinagar Hospital, India.

This descriptive, cross-sectional, and open study was carried in the tertiary care of Srinagar hospital for a period of seven months (January to May 2020). The study was approved by the Institutional Ethics Committee, and the patients were open to ask questions regarding the study. The dependent (outcome) variable was patterns of Substance abuse. Descriptive statistics were used to analyze the data. The findings are described as mean ± standard error of the mean (SEM) and proportions, as applicable. Data were analyzed using SPSS version 20. Necessary statistical tests were used to evaluate the association between variables. The t-test was used to compare the means. Statistical significance was considered when P value < 0.05.

Over seven months, a total of 135 participants were recruited (105 males and 30 females). A revalidated data collection form was used to collect demographic information of participants. Most of the participants were Muslim (96.29%), married (68.14%), and living as a nuclear family (75.55%). Over half of the patients belonged to the urban background (57.77%) as compared to those from rural areas (42.22%). A large number of patients, 77(57.03%) were educated below the high school level (illiterate and primary level) (Table 1).

Table 1. Socio-Demographic Characteristics of Patients at the Psychiatry Department of a Tertiary Care Hospital, Srinagar, Jammu and Kashmir, 2020a

4.2. The Pattern of Substance Abuse

Table 2. Pattern of Substance Abuse at the Psychiatry Department of a Tertiary Care Hospital, Srinagar, Jammu and Kashmir, 2020a

4.3. Co-Morbidities Associated with Substance Use

Table 3. Co-morbidities Associated with Substance Use Disorder at the Psychiatry Department of a Tertiary Care Hospital, Srinagar, Jammu and Kashmir, 2020a

In this study polypharmacy was considered if ≥ 5 drugs prescribed per patient at a time (Table 4).

Table 4. Number of Drugs Prescribed Per Encounter at the Psychiatry Department of a Tertiary Care Hospital, Srinagar, Jammu and Kashmir, 2020a

During 7 months, a total of 135 participants were recruited, that most of them were Muslims (96.29%), married (68.14%), and living as a nuclear family (75.55%). The high proportion of Muslims in the present study can be attributed to the fact that Jammu and Kashmir is a Muslim dominated state. Over half of the patients belonged to the urban background (57.77%) as compared to those from rural areas (42.22%). A large number of patients (6.66%) were educated below the high school level (i.e. illiterate) and up to the primary level (50.37%).

Most of the drugs were prescribed by brand name, while a study performed in western Nigeria reported that 87.2% of prescribed drugs were generics, which is close to 100% announced by the World Health Organization (WHO) (16). It should be noted that brand drugs are more costly than their generic counterparts. The indicators of prescribing patterns evaluate the performance and activities of health care professionals concerning the appropriateness and rational use of drugs. Fear and presence of withdrawal symptoms may perpetuate the substance abuse and relapse after periods of abstinence. So, it is important to manage withdrawal symptoms correctly to decrease the frequency of relapse.

Jammu and Kashmir is a conflict zone, and the prevalence of post-traumatic stress disorder (PTSD) is high. People usually fall prey to one or the other type of abuse due to the lack of information and awareness. In the present study, tobacco (Nicotine) was the most commonly used substance by patients admitted to the Psychiatry ward (62.96%). Moreover, cigarette smoking is a major substance of abuse. However, other psychotropic agents were also observed. This may be justified by the fact that Kashmir is a conflict zone, and many people suffer from PTSD. According to the WHO recommendations, simple and well-validated tools should be used to assess the prescription patterns of health care professionals. Hence, it requires a collaborated effort to improve the prescribing pattern and to enhance the rational use of drugs to achieve better treatment outcomes.

We thank all the medical and non-medical staff of the department and hospital for their sincere work and cooperation with this project.