SCN1A and ABCB1 Polymorphisms in Epilepsy 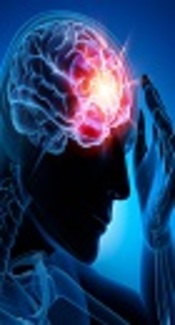 Genetic variability in drug metabolism affects its treatment with anti epilepsy drugs (AEDs). Allelic variations in genes include SCN1A and ABCB1. Encoding the AEDs’ target and drug transport proteins may affect the efficacy and tolerability of antiepileptic drugs. A study was designed to evaluate the frequency of the ABCB1- and the SCN1A-selected SNPs in the genotype and haplotype combination within the Iranian population who were affected by idiopathic refractory epilepsy (IRE). About 81 healthy normal samples and 34 probands, clinically diagnosed as one type of IRE, were selected. The genotype of the two SNPs in the SCN1A gene (rs2298771, rs7601520) and one SNP in ABCB1 (rs1045642) were determined in two groups by ARMS-PCR and PCR-RFLP, and confirmed by direct sequencing. The data analysis shows no statistically significant differences, and thus, the predicted haplotype frequencies (including the three SNPs) did not show any significant differences between the patients and the control groups.

Generally, the clinicians have to use anti-epileptic drugs (AEDs) by trial and error, therefore a broad range of doses are prescribed before determining the final maintenance dose. The SNPs analysis as an informative molecular tool can be used to improve the phenotype-genotype correlation, along with the drug dosage decisions in drug resistant patients with epilepsy.

On the other hand, a well known polymorphism (rs1045642 C > T) in exon 26 of the MDR1 gene that induces the transport of antiepileptic drugs shows clinical associations with drug resistance (6, 8, 9). It is proposed that a multigeneic interaction between the genes involved in both ABCB1 as well as the SCN1A genes could lead to a pharmaco-resistance to the AEDs (6, 7, 10, 11).

We aimed to investigate whether there is a significant difference between the SCN1A and ABCB1 polymorphism’s frequency in epileptic patients and the control groups or not. This would confirm the hypothesis that genetic variation plays a role in determining the inter-individual differences in clinical signs, along with their individual responses to anti-epileptic drugs.

In this study, patients with an Iranian ancestry, were referred by the epilepsy clinic of the Mofid hospital, Shahid Beheshty University, Tehran, Iran, to our laboratory. All the patients were classified according to their histories, clinical examinations, and workups based on the last revised terminology and concepts published by the international league against epilepsy (ILAE) (12). The written informed consent forms were signed by the parents. Extensive clinical data were collected and stored in a database. Para-clinical workups and genetic counseling were done.

34 probands, clinically diagnosed as one type of idiopathic refractory epilepsy (IRE) spectrum, were selected. All patients were tested for their multidrug resistance during their regular treatment of epilepsy. Refractory seizures were defined as “not response to treatment”. Furthermore, patients with IRE did not achieve immunity against seizures after being treated with 3 - 5 commonly used AEDs.

Although some of the patients only showed trivial responses to the broad spectrum of AEDs, such as topiramate, which share multiple mechanisms of antiepileptic actions, the control group that included 81 patients with symptomatic, idiopathic or sporadic form of febrile or afebrile seizures were treated using general AEDs.

We selected two Tag SNPs, including 1067A > G (rs2298771) in exon 16 and intronic SNP, and rs7601520 A > G in intron 15 of SCN1A gene due to its high rate of heterozygosity within the general Iranian population (13). In order to conduct the screening of the SCN1A gene, the SNPs that we designed were intronic primers and amplification refractory mutation system (ARMS) PCR primers by the Primer3 online software. These SNPs were amplified, analyzed by the ARMS-PCR and confirmed by direct sequencing. We used a tetra primer ARMS-PCR for the identification of the two SNPs in the SCN1A gene to evaluate the genotype of the samples (Figure 1). The illustration shows the PCR product of SCN1A-exon 16 and SNPs situations (a), sequencing primers (b), ARMS-PCR primer sequence (c,d) and primers set design for double checking of SNPS (e).

A coding SNP (cSNP), 3435C > T (rs1045642), in the ABCB1 gene was screened by a published PCR-RFLP method (8). To ensure the accuracy of the PCR-RFLP and ARMS-PCR methods, parts of the samples (about 15%) were randomly rechecked by direct sequencing.

The final data association was assessed by statistical software SPSS, where 95% of the confidence interval calculated and P value < 0.05 were considered significant.

Genotyping of SCN1A SNPs showed a similar genotype, allelic frequency, and a heterozygosity pattern for the two analyzed SNPs, including rs7601520, rs2298771 compared to the control group and reference heterozygosity adopted from NCBI/SNPs (Tables 1, 2, 3).

In the present study, the Three Tag SNPs from the SCN1A and ABCB1 genes were analyzed to determine whether each SNP was associated with AED resistance or not. It is believed that the impairments of the voltage-gated sodium channels may be a potential mechanism for the general resistance to the AED therapy. The published studies provide apparent conflicting evidence for the association between the ABCB1 & SCN1A genes and AED resistance (14, 15).

The statistical analysis showed no significant differences in any of the frequencies; neither could the logistic analysis detect any significant SNP–SNP interaction in the epileptic probands compared to the control groups. Comparing the studied SNPs, one by one, with the other previously reported normal populations, a genotype similarity between the Iranian and European samples was found, while distinct differences between our samples and the Asian populations further confirm ethnicity variations (See Tables 1 - 4)

These results do not rule out the contribution of the voltage-dependent sodium channels in the pathogenesis of AED resistance under any circumstances. It could be argued that the number and characteristics of the variables (SNPs tested) were not sufficient to support an intrinsic value in dissecting the gene-to-gene interactions underlying the AED resistance. The tested SNPs in this study were selected based on their theoretical functional value. It is possible that upon the selection of some coding SNPs with a stronger functional effect, different results could have been obtained.

The comparison of the SNPs data (NCBI/SNP) in the ABCB1 (rs1045642) and SCN1A (rs2298771) genes shows that not only the Iranian epileptic patients but also the normal control groups have similarities in their frequencies with the European population.

Interestingly, comparing these data to other populations did not bring out any similarity between the Iranian population and the Asian or African-American origins, pointing towards the fact that it was unexpected. (See Tables 2 - 4)

The results could be an evidence for the fact that the AED resistance has a complex mechanism, including cellular pathways responsible for drug transportation, receptors, drug targets, and ion channels (17, 18).

On the other hand, current data confirm that we have a unique mixture of gene pool, suggesting similar population based programs be conducted in order to clarify the Iranian haplotypes in fields of molecular medical research, especially pharmacogenetics.

This study did not demonstrate a significant association between polymorphism and drug-resistance epilepsy of the candidates with the SCN1A and ABCB1 genes. However, we think that the variation of SNPs in the SCN1A and the ABCB1 genes could affect the susceptibility of individuals to the drug-resistant forms of epilepsy.

We gratefully thank all patients and their related families for their support.

Copyright © 2018, Archives of Neuroscience. This is an open-access article distributed under the terms of the Creative Commons Attribution-NonCommercial 4.0 International License (http://creativecommons.org/licenses/by-nc/4.0/) which permits copy and redistribute the material just in noncommercial usages, provided the original work is properly cited.
COMMENTS