Comparison of the Effectiveness of Cognitive Behavioral Therapy and Neurofeedback: Reducing Anxiety Symptoms 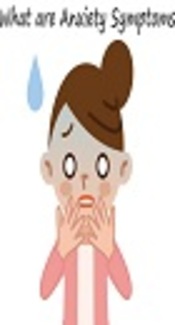 The current study aimed at investigating the effect of neurofeedback (NF) therapy and cognitive-behavioral therapy (CBT) on reduction of anxiety symptoms in females with social anxiety disorders.

The current pseudo-experimental study with pretest-posttest design and a control group was conducted on a population of patients with social anxiety disorder referring to a psychology clinic in Kurdistan Province, Iran. The sample size comprised of 30 females selected by random sampling method and assigned to groups of NF and CBT. Data elicited from the Libowitz social anxiety questionnaire to detect the subjects with social anxiety and the Millon clinical multiaxial inventory (MCMI III) in order to exclude subjects with personality disorder. Data were analyzed with SPSS. Covariance analysis test and dependent t test were performed on CBT and NF groups.

The current study findings showed that both CBT and NF groups were impressive in reducing the level of social anxiety in the study subjects. Also, based on the results of the current study the therapy methods had no significant differences between the two groups.

Both treatments were significantly effective, and therefore both NF and CBT can be applied as choice therapies to treat social anxiety.

Social phobia or social anxiety disorder (SAD) is a clinical pattern of the self-protective social behavior that concerns about provoking negative reactions such as criticism, being ridiculed, and treat others inappropriately (1). Social phobia is an anxiety disorder; it is a marked fear or anxiety about one or more social situations in which people are exposed to possible scrutiny by others (2). SAD can debilitate social relations and progress. People with this disorder always feel the symptoms associated with anxiety (palpitations, trembling, perspiration, gastric-intestinal parasites, nausea, diarrhea, muscular tension and blushing) when they face social situations (3). Studies are conducted to provide effective treatments for social anxiety (4).

Due to lack of treatment, social phobia can cause complex health challenges. People with SAD are debilitated in different situations that can disrupt many aspects of life (5).

Cognitive-behavioral therapy (CBT) is one of the treatments with clear impacts on SAD (6). CBT is a multi-dimensional treatment that targets behavioral and cognitive factors resulting anxiety. Studies showed that the close cognition, including cognitive factors, plays an important role in complex skill occurrence. Therefore, the cognitive procedures are regarded as an active schema, which process self, world, and future. The research reviews show that this method can have long lasting effects on the subject recognition against confronting the disturbing event.

According to some studies, another method with clinical benefits to treat anxiety disorders is neurofeedback (NF) training (7-9). This method can help to regulate waves. The amount of deviation from the normal pattern of waves is determined through quantitative electroencephalography (10). Based on the severity of the disease, electrodes are connected to different parts of the head and ears. These electrodes send waves to the computer. The computer processes the signals, waves, and images, and then it shows them to the therapist and the patient (11, 12).

Therefore, in order to address this research gap and the need to improve and reduce anxiety in such patients, it is necessary to conduct such a study. Consequently, the theoretical and research principles and information on the impact of CBT and NF on patients with SAD are sparse.

The current study aimed at investigating the effect of NF therapy and CBT on the reduction of anxiety symptoms in the females with SAD.

The current pseudo-experimental study with pretest-posttest design and the control group was conducted on a population of patients with SDA referring to Kurdistan Psychology Clinic. A total of 15 participants were set to each group based on the results of a pilot study (13). Then, using clinical interviews and diagnostic and statistical manual of mental disorders (DSM-5), the inclusion and exclusion criteria were determined (Table 1) and evaluated. In case of meeting the inclusion criteria, the subjects were selected and randomly assigned into two groups. Participants were evaluated in terms of effectiveness of CBT and NF in reducing anxiety among patients with SAD, based on the pretest-posttest results.

Table 1. A Summary of the Inclusion and Exclusion Criteria

First, 30 eligible subjects were selected among patients referring to a psychological clinic in Kurdistan Province to receive medication on specific dates at the mental health unit. During the pretest, using the Libowitz social anxiety questionnaire and the Millon clinical multiaxial inventory (MCMI III), 30 sheets were prepared and distributed between the groups (15 A4 paper sheets per group) and the participants were asked to choose one of the sheets. All the patients were randomly assigned into CBT and NF groups.

The CBT intervention included eight sessions (one 90-minute session per week) and NF treatment included 12 sessions over six weeks, two sessions per week. In the current way, a person was in a relaxed position with his eyes closed.

This scale was first developed by Leibowitz in 1987 (14). Heimberg et al., (14) reported the appropriate psychometric features of this scale and named it as one of the most precise existing scales in the measurement of social anxiety. This questionnaire consists of 48 items and two main micro-scales. Validity of this scale is 95% and its reliability 87%, while the validity of micro-scale was reported as allowable. The cutoff point of this questionnaire is 65 (14).

The MCMI III is a 175-item two-option self-report questionnaire assessing personality disorder criteria. This inventory has 22 subscales. This inventory was translated into Persian and its validity and reliability were investigated (15). The scale’s test-retest reliability is 0.86. Internal consistency (IC) with Kuder-Richardson 20 is 0.81 - 0.95 (16).

3.3. Exerting the Protocols of Medical Intervention

The cognitive-behavioral therapy was applied in the current study according to the study by Clark and Beck (17) who used therapeutic videos and audios. Based on this method, focusing on social situations can raise the assumption of patients. These assumptions help the subject to understand the social dangers. The physical and cognitive symptoms of anxiety and safety behaviors are to avoid desired position. Each session of intervention began with a review of previous meetings and the agenda was reported to the authorities. The duties were taken over, and references and feedback were considered (6). The CBT protocol is presented in Table 2.

Neurofeedback system consists of five steps: the brain signal acquisition, signal processing, mining vision, and producing a feedback signal to adapt to the subject. Previous experiences of objective changes in brain signals are remembered. Then, the symptoms disappear and the patient looks normal and healthy (18). NF therapy sessions usually last 40 minutes and the number of sessions depend on the age of the patient, and the patient's progress. Treatment is done three times a week and normally 20 to 50 sessions per patient are enough. The average period of NF treatment is7 - 15 weeks (18).

In the current study, based on the increase in alpha-theta protocol that works with closed eyes, the experimental groups participated in 12 therapy sessions, held two sessions per week, over six weeks. In this way, the patient is in a relaxed position with closed eyes.

During the treatment (electrode is installed in the PZ) sound waves and calm rivers and ocean waves spread subjects are asked to relax while listening to the sound of water in an ocean while thinking about anxious issues (low to high) and brainwave activity is recorded under such conditions (18, 19). This process creates a feedback loop and is recorded by electroencephalogram (EEG) NF therapy. For NF training, the PROCAMP-2 system (Canada) and Biography Infinity software were used.

Data were analyzed by covariance analysis and dependent t test.

Table 4 shows the result of t test for effectiveness of CBT and NF therpy. The mean difference of pretest-posttest in CBT group was 19.50 and based on the results the difference was significant (P < 0.05, t = 2.40). Therefore, the results showed that behavioral cognitive therapy had significant impact on social anxiety reduction.

Table 5. Results of the Analysis of Covariance to Compare CBT and Neurofeedback in SADa

The current study aimed at assessing the efficacy of CBT and NF in individuals with social anxiety disorder. As the results showed, both CBT and NF methods were effective on reducing the social anxiety. But, application of NF treatment compared with CBT did not show significant differences to reduce anxiety.

Previous studies supported the application of NF in patients with social anxiety and found that this treatment can reduce anxiety in such patients (8, 18, 20-23). Therefore, the current study results were consistent with such findings. Studies showed that significant reductions in anxiety were observed after CBT training (24-26), which were consistent with those of the current study. Furthermore, some studies compared the results of NF with CBT (27, 28).

In this regard, Stravinsky et al., (29) suggested that social anxiety disorder included 3s distortion in cognition, attention, memory, judgment and interpretation of their behavior and others, the claimed that mental disorder is a significant recognition for threes problems; CBT was considered as the treatment of choices for social anxiety in their study. The studies by Basak Nezhad et al. (30), and Dadashzade et al., (31) showed the positive effects of CBT on the reduction of social anxiety.

In the current study, NF had long-lasting impacts on social anxiety disorder and equality; this event may represent a new method to treat anxiety disorders, especially the social anxiety type. It can help the people with low concentration to lower their anxiety at the right time. According to the available information, practitioners in various medical settings are increasingly focused on treatments with brain work. EEG NF therapy relies on self-regulation (32), which means brain waves change and improve the performance (10). NF therapy is expected to be instructed to reduce anxiety by affecting the waves. In fact, the use of NF therapy, which can suppress the amplitude of the waves over and below the waves, is intensified. NF therapy makes the human brain learn relaxation techniques. Moore (33, 34) suggested that anxiety scores for the group that received NF therapy significantly decreased in comparison with those of the control group. Moradi et al., (35), demonstrated the effectiveness of Neurofeedback on anxiety and their study reported the effects of beta-increase and alpha- increase EEG feedback training along with alpha-theta biofeedback training in patients diagnosed with anxiety disorder. Dong and Bao (36) in their biofeedback study on 70 students diagnosed with high levels of anxiety reported a significant improvement in reducing anxiety-related symptoms.

There were some limitations to the current study including lack of sufficient participants for the third group or placebo in the research design. Thus, it is suggested to focus more on placebo group or applied intervention in future studies. Besides, small sample size per group and also unwillingness of some patients to participate in the study affect the generalizability of the findings to the studied population. Therefore, it is suggested to motivate the patients to participate in training and psychotherapy sessions by emphasizing the importance of mental health along with medical treatments. Also, further studies with more sessions are recommended. It is also suggested that further studies with more subjects be conducted by the therapist on male subjects.

According to the current study findings, positive effects of CBT and NF therapy were not significantly distinguished. It might be due to the fact that each of the therapies had specific therapeutic factors. These factors may differ in the therapies applied in the current study. It is suggested to consider the core therapeutic factors of each therapy in a further study in order to compare the relief of symptoms.

The researchers wish to thank all the study participants.