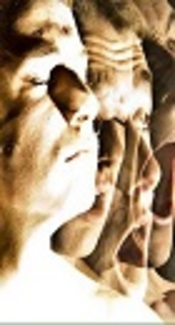 A Young Man with Substance Abuse and Comorbidity of Multiple Paraphilia: A Case Report

Multiple paraphilia is characterized as a disorder that includes three or more paraphilias; for instance pedophilia, exhibitionism, or rape together make up multiple paraphilia. It is hard to estimate prevalence rates of paraphilias due to changes in criterion with time and in divergent cultures.

Our case is a young man whose marriage lead to exacerbation of his paraphilic behavior and more substance abuse. He represented with multiple type of paraphilia simultaneously, which can occur rarely.

There’s a possibility of different paraphilia occurrence at the same time and to prevent further aversive consequences of the aggregation of paraphilia; devising a treatment plan for such patients would avoid devastating conditions.

Multiple paraphilia is characterized as a disorder that includes three or more paraphilias (1). It has been shown that multiple paraphilias is very prevalent in individuals previously assumed to have only one paraphilia (2). Paraphilia is defined as “any intense and persistent sexual interest other than the genital stimulation or preparatory fondling with human partners satisfying with normal mature physical and phenotype” (3). It is hard to estimate the prevalence rates of paraphilias due to changes in criterion with time and with divergent cultures (4). On the other hand, paraphilias is often kept as a secret with the patient as it is stigmatized in the society; therefore, the prevalence of paraphilia is underestimated and a non-accurate estimation is yielded. Paraphilia previously known as sexual perversion and sexual deviation, includes zoophilia, sexual sadism, exhibitionism, and pedophilia etc (3). Paraphilia often leads to misery and clinically significant damages and eventually results in important ethical and public health problems (5). As a result, the treatment of paraphilia is of prominent importance to be considered. Cognitive-behavioral therapy has been a principal way to treat sex offenders or individuals with paraphilias (6). Furthermore, there are three categories of pharmacologic agents often applying to effectively treat patients with paraphilia. Selective serotonin reuptake inhibitor (SSRI), synthetic steroid analogs, and Gonadotropin-releasing hormone (GnRH) analogs are the medications utilized in an effective treatment of the patients, yet some algorithm existed for treating different severity of the disorder (7).

A young, slim, married man from a village in the geographic center of Iran attended our clinic. He was a low socio-economic with an elementary education and his marital conflicts had brought him to visit us.

As he mentions, due to the lack of welfare in his family, he had decided for an unwanted marriage with a girl whom he declare was ugly and not pleasing. On the other hand, in the visit his wife noted that she is so ashamed of her appearance, which in turns made her to accept marrying a man to whom she was not interested in. She was two years older than him and the subsequent first experience of intercourse with his husband after having unpleasant feeling triggered the manic episode of bipolar mood disorder in her. Now that the problems came up between this couples, our patient requested for treatment and intervention. He is completely aware of his sexual problems while, his wife was not informed about this matter.

Since the age of 15, he has been consuming cannabis, opium, and heroin. Prior to substance abuse, at the age of five years old he had experiences of being raped by individuals older than him. In his adolescence, he had brother-sister incest frequently and witnessed his parents’ sexual intercourse repeatedly, it seems his father had sexual sadism behaviors. There is a history of intercourse with hen and cow. His mind was mostly preoccupied with sexual matters and sex with children. Although he has no criminal back ground, he mentions a high sexual interest for children, i.e. pedophilia, sexual sadism behavior (inflicting pain), frotteurism (rubbing against another person), exhibitionism (genital exposure), voyeurism (watching sexual acts), fetishism (arousal from an inanimate object), and zoophilia. He notes no interest in having sex with his wife but a passion for normophilic extra marital sex; he is extremely hyper sexual. The experiences he had in homosexuality brings him more pleasure than normal sex. Furthermore, in sexual relationships he used to attack his wife as sexual sadistic behavior.

The patient had immature approaches in coping problems in life and used to apply primitive defense mechanism to solve them. As to say, he lacked efficient life skills. He had low personal hygiene and as well as an ego-syntonic and alloplastic attitude towards his disorders. Passive aggression got eminent in psychodynamic investigation, in addition, due to his low insight he was not cooperative enough to consume drugs or receive psychotherapy.

Bipolarity and psychosis were not proposed for him.

Patient was alert with normal vital sign. Blood pressure: 120/80, T: 37.5, pulse rate: 90. Neurological examination was normal. No more organic evaluation was done before. His mood was euthymic and he is not nervous. There is no history of obsession.

Multiple paraphilia is characterized as a disorder that includes three or more paraphilias, such as pedophilia, exhibitionism, or rape (1). We reported a patient with multiple paraphilias whose paraphilia manifestation could each have occurred together in a particular period of time. The trigger for the paraphilia started from a sexual abuse in his childhood, without feeling guilty with his problems. Subsequent to his marriage, his paraphlic behaviors exacerbated and the patient’s problem developed as aggression and more drug abuse. It is important to note that the paraphilic behavior happened prior to drug abuse. His sexual relationship with his wife was not accompanied by enjoyment and he didn’t have any interest for her. As his wife was a known case of bipolar disorder I, compromise mechanism and a weak coping led her to face difficulty in managing marital conflicts. According to a sexual dissatisfaction that existed for him due to his wife’s appearance and beauty, he frequently used to displace faults to his wife. Our patients was under a variety of stressors since his childhood and he felt that he doesn’t have sexual inadequacy. Furthermore, due to the fact that he didn’t have any passion for his wife due to her ugliness, as he mentions, he started having sexual satisfaction by extra marital sex and having sex with animals through a defense mechanism of displacement.

As paraphilias are stigmatized in society, in most cases they are going to be diagnosed if only some other category of psychiatric problem led their attendance to a psychiatrist. Similarly, our patient visits a psychiatrist for marital therapy as well as control of aggression and drug abuse, not for paraphilic behaviors. On the other hand, Abel et al. concluded that paraphilic behavior is not usually reported as a complain, it may be due to the failure of experiencing unpleasant consequences as a result of their first exposure to the deviant act, which may fortify the rationalization to repeat this manner. Therefore, they concluded that the patient may feel less self-restrained about acting upon other paraphilic acts (2).

Most psychosexual disorders are a result of an abnormal fantasy system fed by traumatic childhood and adolescent backgrounds. As paraphilia keeps on, the behaviors on victims gradually gets worse and turns into s more hazardous phenomenon. Likewise, in our case sexual deviation started with pedophilia, voyeurism, exhibitionism, and after a period of time, sexual sadism. There are noticeable research evidence at present showing that multiple paraphilias should be considered in every case of sexual offense (9). To prevent further aversive consequences of the aggregation of paraphilia, devising a treatment plan for such patients would avoid devastating conditions.

Our case was represented with different paraphilia, which co-existed at the same time and was targeted from his sexual abuse in the childhood. In addition, it shows that multiple paraphilia is potentiated to trigger other psychiatric disorders in the people living around them. On the other hand, substance abuse did not influence paraphilic behavior in our patient.

We respectfully appreciate the patient and his wife for participating in our research project.

Copyright © 2018, Archives of Neuroscience. This is an open-access article distributed under the terms of the Creative Commons Attribution-NonCommercial 4.0 International License (http://creativecommons.org/licenses/by-nc/4.0/) which permits copy and redistribute the material just in noncommercial usages, provided the original work is properly cited.
2018-12-28 03:06:44
This is an extremely challenging case. The patient and his wife each have serious disorders meriting individual treatment. Couple counseling may facilitate a satisfying marriage for each of them. However, the evidence suggests that they are not a good match. The patient has experienced multiples traumas. He may benefit from being advised to think about happy, rewarding experiences in the future instead of dwelling on unpleasant experiences in the past. The patient presents multiple paraphilias. An approach could be to identify behaviors that could like to criminal prosecution and to warn him that those behaviors may lead to his going to jail. Cognitive behavior therapy may help him to change the abnormal behaviors. A follow-up report to describe the outcome of this case would be instructive.