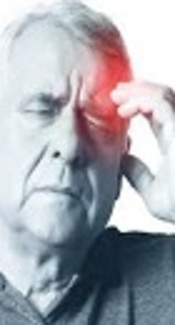 Lifestyle of the Elderly with Stroke: A Cross Sectional Study

Nowadays, stroke is one of the most important and commonly diagnosed neurological diseases throughout the world. This disease annually causes numerous moralities and disabilities; its high prevalence is reported among the elderly.

The current study aimed at determining the lifestyle of the elderly with stroke in Ilam, Western Iran.

The current descriptive, cross sectional study was conducted on 200 elderly people with stroke in Ilam, Western Iran by convenience sampling method. The study was conducted by the application of healthy lifestyle questionnaire with confirmed validity and reliability. After data collection, the data were analyzed with SPSS version 16 using descriptive statistics (mean and standard deviation) and inferential statistics (independent t test and ANOVA).

Cerebrovascular diseases are one of the most important and common neurological diseases in the world, including ischemic and hemorrhagic strokes and cerebrovascular anomalies (1). Today, stroke is considered as one of the most common neurological diseases of the world, which annually causes a great number of deaths and disabilities (2, 3). In this regard, the spread of stroke-induced disabilities is one of the challenges of the current century (4). Stroke prevalence among the older adults was reported 46 - 73 per 1000 people (5). This rate increased due to prevalence of aging (6, 7).

Stroke is the most common disabling neurological disease among the adults, which could result in damages to perception system, sensory, vision, and motor and cognitive abilities; therefore, the ability of patients in performing their daily activities is reduced (8). Stroke may cause complication in the patient such as the increase of risk of falling (9, 10), motionlessness or reduction of physical activities (11), decrease of cognitive and social activity (12), and psychological health of the patient (13). Therefore, its prevention is highly essential (14). Hypertension, hyperlipidemia, diabetes, smoking, and obesity are among the factors of stroke. All these factors could be changed by lifestyle modification. Therefore, identification of lifestyle condition of these patients is essential (15).

Results of a study on 40,102 individuals with first-ever ischemic stroke in Denmark showed that the prevalence of some cardiovascular risk factors such as hypertension, diabetes mellitus, coronary heart disease, and, in males, also atrial fibrillation went down after the age 70 to 80 years (16). However, the study by Tanimura et al. (17), indicated that self-care agency, lifestyle, and physical condition could predict future frailty in the elderly and they suggested that enhancing self-care agency, regular exercise, and self-management skills for chronic illness and disability may decrease the progression of frailty in older adults. A leisure world cohort study of 13,978 individuals indicated that not smoking, moderate alcohol consumption, physical activity, and normal weight were important health promoters (18).

Healthy lifestyle provides, protects and enhances the health and welfare of people (19). Indeed, lifestyle is a combination of behavioral patterns and personal habits throughout the person’s life including nutrition, physical activity, stress, sleep quality, and smoking, which are formed following the socialization and can affect the health of people (20). Lifestyle last throughout the time and based on its nature, it can form risks or security for the person. This makes the role of lifestyle very effective (21). On the other hand, healthy lifestyle can significantly prevent stroke (22). That is why to develop a healthy community, the healthy lifestyle should be promoted among its members; therefore, the health-related objectives such as encouragement of healthy behaviors and providing healthy social and physical environment should be achieved (23). As aging increases throughout the world (24-26), resolving the needs and challenges of the elderly is one of the social necessities (27). This highlights the necessity of paying attention to the elderly with stroke.

The current study aimed at determining the lifestyle condition of the elderly with stroke in Ilam, Western Iran.

The current descriptive, cross sectional study was conducted from January to December in 2017 at Shahid Mostafa Khomeini hospital, which is the only hospital to manage, cure, and care the patients with stroke in Ilam. The current study protocol was confirmed by ethical committee of Ilam University of Medical Sciences.

Study population included the elderly with stroke referring to Shahid Mostafa Khomeini hospital in Ilam. Diagnosis of stroke was confirmed by the physicians based on the international classification of diseases-10th edition (ICD-10). Inclusion criteria were stroke (based on physician diagnosis in the medical record of the patient), minimum age of 65 years, ability to communicate, living in Ilam, and providing signed informed consent. Exclusion criteria were incomplete questionnaires and unwillingness to participate in the study. Convenience sampling was continued until sample size was completed. Sample size using the below formula was set to 188with 10% (18 individuals) dropouts. Totally, 200 subjects completed the study.

After getting the permission form the authorities, the researchers referred to Shahid Mostafa Khomeini hospital in the morning and evening shifts on all days of the week including holidays. After getting the recommendations and introducing themselves to research units, the patients with stroke were identified and sampling was started. Then, the objectives of the study were explained to the patients and they were also aware of their ability to withdraw from the study at any time and their information would remain confidential. If the patients were able to fill the questionnaire, they did it by themselves; otherwise, it was completed in an interview. Moreover, if the patients could not answer the questions, they were called in a proper time and were invited to come to the hospital for filling the questionnaires, if they were interested.

Data were analyzed with SPSS version 16 and by descriptive statistics (mean, SD) and inferential statistics (independent t test and ANOVA).

Table 1. Demographic Characteristics of the Elderly with Stroke

Based on Table 2, a significant relationship was observed between the gender, educational level, marital status, and income level, and the lifestyle of the elderly (P < 0.05). However, no significant relationship was observed between the age and place of residence, and the lifestyle condition of the patients (P > 0.05). Statistical findings of the current study indicated that the mean (± SD) score of lifestyle of the elderly with stroke was 37.54 ± 3.91 in the prevention dimention; in terms of physical activity, recreational activities and sport, the score was 9.55 ± 1.79. The mean (± SD) score of the elderly lifestyle was 24.30 ± 3.36 and 18.76 ± 1.79 for healthy diet, and social and interpersonal relationships, respectively. Overall, the mean (± SD) score of the study subjects was 118.20 ± 6.00 indicating a medium lifestyle.

Table 2. Evaluation of Lifestyle Dimensions Based on Demographic Variablesa

a Values are available mean ± SD.

The current study aimed at determining the lifestyle of the elderly with stroke. Findings revealed that their lifestyle condition was at medium level. The findings of a study by Fallah Mehrabadi et al. (20), on a group of the elderly with osteoporosis referred to bone density center of Tehran University of Medical Sciences Tehran, Iran, revealed that the lifestyle of the subjects was in moderate conditions. Also, Heshmati et al. (30), investigated an elderly group in Kashmar, Iran, and indicated that most of the elderly had a moderate lifestyle, which was consistent with the results of the current study. However, based on the study by Lori et al. (29), on an elderly group in Shiraz, Iran, most of the subjects had a good lifestyle, which was not in line with the results of the current study.

Regarding the current study findings, there was a statistically significant relationship between lifestyle and gender. Moreover, a significant difference was observed between males and females in different dimensions of lifestyle, except for the social and interpersonal relationships. Females’ scores were higher than those of males. Babak et al. (19), studied an elderly group in Isfahan, Iran based on different dimension of lifestyle, and reported that males attained significantly higher scores in stress management, physical and recreational activities and sports compared with females. Their findings were inconsistent with those of the current study, although some similarities were found in prevention dimension; however, females’ score were higher than that of males. Findings of the study by Najimi et al. (31), on the elderly group living in nursing homes in Isfahan showed no relationship between gender and lifestyle. The difference between the results of the current study and the mentioned studies can be attributed to the fact that the current study was conducted on the elderly with stroke, while other studies enrolled the elderly living in the community (19) or nursing homes (31).

The current study showed no significant relationship between age and the lifestyle domains, which was compatible with the results of the study by Fallah Mehrabadi et al. (20), on the elderly with osteoporosis referred to bone density center of Tehran University of Medical Sciences, and findings of Motaghi and Davari Dolatabadi (26), addressing the elderly group in Isfahan. Motaghi and Davari Dolatabadi (26), indicated no significant relationship between age and lifestyle. Furthermore, in the study by Mahmudi et al. (32), on the aged population of AghQala, Iran, a significant relationship was observed between age, and prevention, sport and recreation, stress, and social relationships that was not in line with the results of the current study. Such inconsistencies can be attributed to different times and locations in the studies. Moreover, it seems that the study by Mahmudi et al. (32), did not target elderly people with a certain disease; while the current study investigated elderly patients with stroke and in the study by Fallah Mehrabadi et al. (20), patients with osteoporosis were examined. These factors all may affect the lifestyle.

The study was derived from the result of a research project issued by Ilam University of Medical Sciences (IUMS). Authors wish to thank the elderly participants and IUMS to cooperation with the study.

Copyright © 2018, Archives of Neuroscience. This is an open-access article distributed under the terms of the Creative Commons Attribution-NonCommercial 4.0 International License (http://creativecommons.org/licenses/by-nc/4.0/) which permits copy and redistribute the material just in noncommercial usages, provided the original work is properly cited.
download pdf 172.14 KB Peer Review Comments ( 215.30 KB) Get Permission (article level) Import into EndNote Import into BibTex
Number of Comments: 0