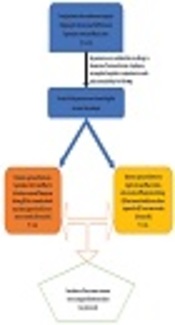 Seizures are quite common following subarachnoid hemorrhage (SAH) and due to increased mortality and morbidity in this setting, thus seizure prophylaxis is introduced as a common neurosurgical practice. Investigations are still ongoing to figure out the most efficient seizure prophylaxis guideline.

A total of 426 patients who were operated due to aneurysmal SAH between September 2007 and March 2016 were included in this retrospective cohort study. From September 2007 to March 2011 the common practice was prophylaxis with phenytoin for 3 - 6 months, which was switched to a shorter 1-month course since March 2011. Seizure control was evaluated in telephoned patients and outpatient records.

Seizures are common after subarachnoid hemorrhage (SAH) (1) and are believed to negatively affect the quality of life of these patients and even increase their mortality rate (2). The incidence of seizures following SAH is variable according to different reports. However, between 6% and 24% of SAHs are complicated by seizures, making seizure prophylaxis a common practice in neuro-critical and neuro-rehabilitation care of such patients (2-4). In international subarachnoid aneurysm trial (ISAT) out of 235 patients, 10.9% developed with different types of seizures, including secondarily generalized seizures, partial seizures, “blackouts”, nocturnal seizures, and seizure of unknown type (5).

Seizure following SAH may occur by either direct injury from blood or blood products in the subarachnoid space or through ischemic complications of vasospasm (6). Early clinical seizures are found to be associated with the volume of blood in the subarachnoid space (Fisher grade) (6) and damage to the motor or insular cortices (7), the combined effects of a space-occupying lesion with mass effect, focal ischemia, blood products catalyzing neuroexcitotxic damage through glutamate release, and generation of free radicals (8, 9). Various seizure prophylaxis protocols have been practiced utilizing different anti-epileptic drugs (AEDs) for variable durations, but a consensus for a standard regimen is yet to be developed.

Different institutions have suggested the use of AEDs for one week to 1 year following SAH, administering phenytoin, sodium valproate (3, 10), levetiracetam carbamazepine, and other AEDs with certain adjustments based on patients’ risk factors and side effect profile of drugs.

Therefore, we used two different protocols in separate time frames for seizure prophylaxis in SAH patients at our institution. Subsequently, we compared the two regimens and clarified the optimal regimen for patients with certain risk factors.

A total of 474 patients with aneurysmal SAH who underwent clipping in Shiraz Namazi Hospital (the main referral neurovascular center of Southern Iran) (11-14) were included in this cohort study from September 2007 to March 2016. Those with incomplete hospital and outpatient records were excluded. Thus a total of 426 patients were eligible to enter the study.

Patients’ data, including demographics and a previous history of seizure, was obtained from hospital records. Hospital progress notes and ICU sheets were investigated to look for in-patient seizures. To record the frequency of seizures and functional outcome after the discharge of the patient, out-patient records and telephone calls were utilized.

Since the development of neuro-vascular unit in September 2007 as a subspecialty at our department, the routine practice for seizure prophylaxis was 1000 mg intravenous (IV) phenytoin in a stat dose, followed by 300 mg daily IV phenytoin in three divided doses, which was switched to oral, as soon as the feeding was started for the patients. Patients who developed allergic reactions to phenytoin were excluded from this survey.

During the first 4 years (September 2007 till March 2011) we continued the phenytoin administration for 3 months and tapered it over the next 3 months (protocol A). But afterward till March 2016 following the emergence of several papers, which proposed shorter-course-protocols for seizure prophylaxis after SAH with the same results for seizure control (15-17), patients were subjected to continue the prophylaxis for 1 month followed by tapering in 2 weeks (protocol B). Flowchart of dividing the patients within the two protocols

The perioperative seizure was referred to as repetitive and rhythmic jerky movements with or without preceding tonic phase and with or without alterations in consciousness within 1 month prior to admission until the discharge of the patient from the hospital. Both focal and generalized seizures were taken into account. Late seizures were defined as seizures, which occurred after the discharge of the patient. In-hospital seizures were recorded by medical staff and late seizures by family members and caregivers.

Out of the patients who met the criteria to be included in this survey, 165 (38.7%) took protocol A (long-term) and 261 (61.3%) took protocol B (short-term) as seizure prophylaxis following SAH. There was no significant difference between both genders (51.2% female and 48.8% male) and most patients were aged between 40 and 60 years in the studied population.

Utilizing the Pearson chi-square test, we found out that the two groups did not vary according to sex distribution, but the patients who took protocol A were significantly older than those taking protocol B (P = 0.018). Also, the proportion of subjects with a known previous history of seizure was significantly higher in protocol B (8.8% versus 3%, P = 0.019) (Table 1). The two groups did not significantly vary according to primary GCS, H&H grade, and comorbidities (meningitis, hydrocephalus, and delayed ischemia) (P > 0.05).

Table 1. Demographic Characteristics and Perioperative Seizures of the Two Groups

Table 2. Comparison of Long-(A) and Short (B)-Term Protocols of Seizure Prophylaxis According to Perioperative Seizures
Table 3. Multivariate Logistic Regression Analysis of the Effect of Variables on Late Seizures (CI: 95%)

Seizures are frequent following SAH and tend to negatively impact the functional outcome and quality of life of patients with SAH. Several factors have been suggested to increase the risk of early seizures in the setting of SAH, such as younger age (1, 3, 18, 19), clinical grade (in terms of glasgow coma scale and hunt and hess grade) (20, 21), hypertension (22), presence of hydrocephalus (3, 23), the need for a CSF shunting procedure (23, 24), re-bleeding before surgical obliteration of aneurysm (24), previous history of seizures, intra-ventricular and intraparenchymal hemorrhage, as well as thickness of blood clot on computed tomography (CT) scans in terms of Fisher and modified Fisher grade. For the late seizures to develop following SAH, cortical infarctions and higher Fisher grades were suggested as the most common underlying causes.

Despite recent efforts to introduce a guideline for seizure prophylaxis in SAH patients, a consensus regarding a uniform protocol for all of these patients has not been achieved. Several authors have questioned the benefits of seizure prophylaxis for all patients and many others believe that they can only prevent late seizures in patients with certain risk factors (3, 25). Different seizure prophylaxis regimens are used in neuro-vascular units, primarily based on experience with certain medication and the dosage and duration of prophylaxis are determined according to patients’ drug history, past medical history of central nervous system lesions, the occurrence of seizures, drug interactions, and side effect profile.

Despite several flaws, historical cohorts still remain reliable sources of evidence when prospective studies are imperfect. Therefore, we provided a retrospective cohort analysis comparing two treatment protocols, which were practiced in recent years in our neurovascular center. According to this survey, we believe that a short-term 1-month administration of phenytoin provides adequate seizure prophylaxis, confirming that the continuation of prophylaxis beyond this time is unnecessary. However, patients with perioperative seizures tend to experience a higher rate of late seizures if the medication is discontinued early within one month.

Our results are congruent with the proponents of shorter duration of seizure prophylaxis, as it avoids the unnecessary resumption of AEDs for patients with a standard-risk profile. However, unlike many others who do not see a perioperative seizures history to recur after SAH, we believe that this factor necessitates a longer duration of AED continuance. Choi et al. found the AEDs are useless in preventing early seizures and they introduced surgery-induced cortical damage and initial thickness of blood as important factors for considering prophylaxis against late seizures after SAH. However, they did not find perioperative seizures to be a predictor of late-onset seizures (3). We disagree with this finding as in our series, late seizures had a tendency to develop more frequently in those with perioperative seizures who received short-term prophylaxis.

Altogether, this study was accompanied by certain limitations of retrospective cohort studies such as selection bias, missed data, non-homogeneity of cases, uncertainty about the drug dosages administered and the quality of therapeutics (such as different brands of the same medication). These limitations concern the researchers and necessitate prudent analysis of the results. Another limitation of this study is that non-convulsive seizures (21) were not included because routine EEG monitoring in the hospital was not the standard practice at our center at the time this cohort was evaluated.

Because drug interactions are commonly seen with phenytoin and its negative impact on functional and cognitive outcome (26), the recent trend is to continue a shorter duration with safer AEDs available in the market such as levetiracetam. Levetiracetam is also believed to improve cognitive and functional outcome after SAH (27). In a systematic review by Lanzino et al., a 3-day seizure prophylaxis regimen was found to provide sufficient control for post-operative seizures, and they related the worse outcome associated with AEDs to phenytoin (28). Other recent studies also emphasize brief courses of 3 to 7 days of prophylaxis and save the extended prophylaxis for those with mentioned risk factors (14, 29). From March 2016, we have switched to a 1-week course of phenytoin or levetiracetam and the results were promising so far for seizure control (13). The results of an ongoing prospective clinical trial at our center will provide further evidence for guidelines of seizure prophylaxis in SAH patients.

The most recent recommendations applied by many academic centers for seizure prophylaxis in SAH are as follow (30):

● Prophylaxis should be initiated in patients under the following conditions

b. No therapeutic drug monitoring required,

1. Initiate immediately upon diagnosis or strong suspicion of SAH,

3. Consider prolonged duration if a seizure occurs during the hospital stay.

Copyright © 2019, Archives of Neuroscience. This is an open-access article distributed under the terms of the Creative Commons Attribution-NonCommercial 4.0 International License (http://creativecommons.org/licenses/by-nc/4.0/) which permits copy and redistribute the material just in noncommercial usages, provided the original work is properly cited.
download pdf 116.79 KB Peer Review Comments ( 157.00 KB) Get Permission (article level) Import into EndNote Import into BibTex
Number of Comments: 0