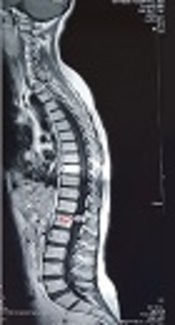 Anesthetic Management of T12 Schwannoma in a Patient with Churg-Strauss Syndrome: A Case Report

A case of Churg-Strauss syndrome with schwannoma of T12 in a middle-aged female with large hepatic hemangioma was presented with special emphasis on its anesthetic management and therapeutic protocol. To the authors' best knowledge, it was the first report of a case with a myriad of symptomatology.

Its incidence is variably reported from 2.4 to 40 cases per one million people (4). It can affect all age groups with the average of 35 to 45 years old. Also, males are more commonly affected than females (4).

The exact etiology of CSS is unknown yet, but immune complexes are probably involved (2). It is believed that CSS could be due to autoimmune reaction to environmental or drug agents (4).

Their anesthetic management could be complicated by cholinesterase deficiency, hypersensitive airway, and multi-organ failure (2). Symptoms such as asthma, pulmonary infiltrates, and allergy could challenge general anesthesia; whereas mono- or polyneuropathies could be contraindications for regional anesthesia (4).

The current study reported the anesthetic management of a patient with CSS undergoing surgery due to schwannoma of T12 with large hepatic hemangioma and special emphasis on its anesthetic management as well as therapeutic protocol. To the authors' best knowledge, it was the first report of a case with a myriad of symptomatology.

A 42-year-old female with the body mass index (BMI) of 20 kg/m2 weighing 51 kg was admitted for surgery of schwannoma of T12, which caused severe back pain with referral to the lower extremities. She was diagnosed with CSS 20 years ago with complaints of dyspnea, productive cough, and sinusitis. Her diagnosis was confirmed by tissue biopsy of quadriceps and sural nerve. She also had a large hepatic hemangioma in the left lobe since last year, which caused pain in her right upper quadrant (RUQ) and fullness after meal. She had a history of paranasal sinus retention cyst and generalized osteoporosis with nasal bone fracture. She was infertile and had a premature menopause. She took corticosteroids and cyclophosphamide to treat CSS, and alprazolam and asentra for depression and anxiety disorders. On admission, asthma was controlled and on physical examination, paresthesia was observed in both legs. On hematologic examination, leukocytosis (16.200/mm3) and eosinophilia (30%) were detected. Liver and kidney function tests and serum electrolytes were within normal limits. Chest computed tomography (CT) scan and magnetic resonance imaging (MRI) were normal without any patchy infiltrations although schwannoma at T12 was noted (Figure 1). In the transthoracic echocardiography, normal systolic function with mild pericardial effusion was noted. All other investigations were within normal range.

Throughout the four hours operation, peak airway pressure varied from 15 to 25 cm H2O and hemodynamic variables and arterial blood gas levels were satisfactory. The amount of blood loss during surgery was about two liters replaced by infusion of two units of packed cell plus 1500 mL of 0.9% saline and 1500 mL of Ringer solution.

At the end of surgery, propofol and remifentanil infusions were stopped and the patient was extubated in a deep plane of anesthesia. Oxygen was supplemented by face mask till patient regained full consciousness. Her postoperative period was uneventful in the intensive care unit (ICU).

CSS is characterized by necrotizing vasculitis of multiple organs, and its prominent symptoms are: asthma, eosinophilia, and extravascular granuloma. The natural history could be divided into three stages: I- late-onset allergic disorders without any personal or familial history with symptoms such as asthma, drug reactions, and allergic rhinitis; II- tissue and blood eosinophilia; III- vasculitis (6).

CSS treatment often involves high dose of corticosteroids plus other immunosuppressive drugs; hence, the response varies in patients (7). Gold standard of treatment is steroids and induction of therapy that could involve cyclophosphamide with maintenance of azathioprine. Other medications involve rituximab, mepolizumab, and omalizumab (7).

In the preoperative period, obtaining pulmonary function test in symptomatic patients is helpful in pulmonary risk assessments. In symptomatic patients, combined treatment with corticosteroids and β2-adrenergic agonists could improve the outcome (8). Cardiac involvement is reported as a major cause of death; therefore, cardiac assessments should be performed in such patients to rule out eosinophilic endomyocarditis, coronary dissection, coronary vasculitis, conduction abnormalities, congestive heart failure, and pericardial effusion.

Anesthesia management should be tailored in order to decrease stimulation of airways and ensure smooth intubation. For these goals, propofol is a good choice to induce anesthesia, as it does not stimulate airway reflexes. Volatile anesthetics except desflurane could be used as maintenance agents due to its bronchodilatory effects. Fentanyl and its derivatives rarely cause histamine release; therefore, they can be used safely in such patients. Neuromuscular blockers with minimal histamine release such as rocuronium, vecuronium, and cisatracurium can be used in patients with CSS. Two cases of cholinesterase deficiency were reported in patients with CSS; therefore, care should be taken when using succinylcholine in such patients (9). Anticholinesterase medication could also increase the risk of secretions, bronchospasm, and airway resistance; therefore, these drugs should be administered with caution.

Chung et al. (8), described anesthesia of a patient with CSS undergoing cholecystectomy. They used Cobra PLA™ instead of endotracheal tube to limit airway irritation. They also used propofol as an induction agent and isoflurane for maintenance due to their bronchodilatory effects. Gurjar et al. (3), also presented a patient with CSS for mastectomy under combined general and thoracic epidural analgesia. They used propofol and isoflurane without neuromuscular blocking agents, and general anesthesia was maintained through the application of laryngeal mask airway. Im et al. (2), reported a case of CSS undergoing endoscopic sinus surgery; they used propofol, sevoflurane, and remifentanil for induction and continued sevoflurane and remifentanil as maintenance agents. They did not use any muscle relaxant; therefore, no anticholinesterase was administered. They only reported a period of hypotension following the induction.

In conclusion, CSS is a multi-organ disorder; the current study believed that tailoring anesthetic plan in order to decrease airway stimulation and also managing chronic corticosteroid usage complication are more useful for patients with CSS (Table 1). 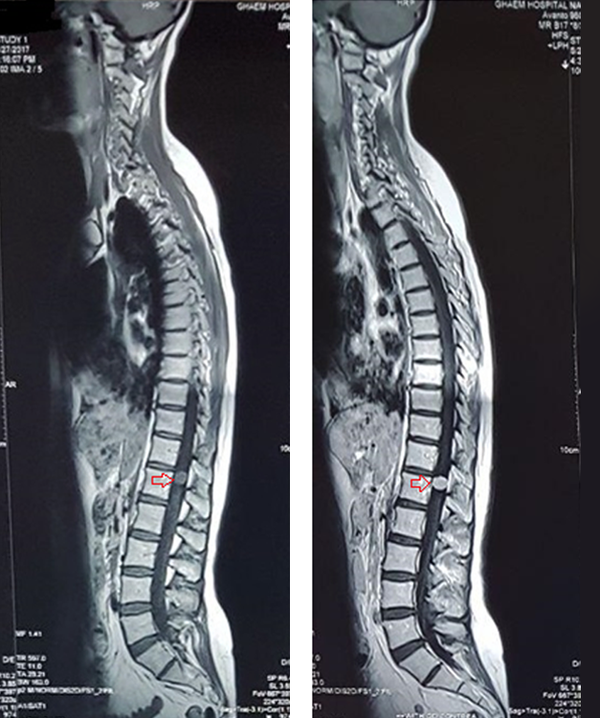 Copyright © 2018, Archives of Neuroscience. This is an open-access article distributed under the terms of the Creative Commons Attribution-NonCommercial 4.0 International License (http://creativecommons.org/licenses/by-nc/4.0/) which permits copy and redistribute the material just in noncommercial usages, provided the original work is properly cited.
download pdf 908.24 KB Peer Review Comments ( 89.87 KB) Get Permission (article level) Import into EndNote Import into BibTex
Number of Comments: 0