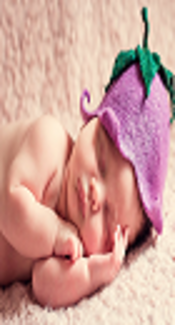 The Associations Between Screen Time, Sleep Duration, and Body Mass Index (BMI) in Under Five-Year-Old Children

Today, due to recent developments in technology, children devote plenty of time to screen viewing. However, its harmful effects are not yet clear.

The purpose of the present study was to examine the associations between screen viewing, sleep duration, and body mass index (BMI) in under-five-year-old children.

In the shadow of the dramatic technological advances, the diversity and availability of media and their impacts on the lives of children are expanding (1-3). Furthermore, the electronic screen use including media use and exposure has increased markedly amongst infants and young children despite the recommendations of the American Academy of Pediatrics for children under 18 months (3-5). The existing data suggest that early and excessive media exposure and use is associated with sleep problems (6), overweight and obesity (7), and child developmental delay (8-10).

Sleep is an active neurophysiological process and the preliminary function of the developing nervous system (11, 12). Research widely indicates that sleep is crucial for optimal cognitive performance, physiological processes, emotional regulation, and quality of life (11, 13). Shorter sleep duration is related to a broad range of harmful health and educational outcomes (11, 14-16).

According to the World Health Organization (WHO), “overweight and obesity are defined as abnormal or excessive fat accumulation that may affect health” (17). Childhood overweight/obesity prevalence appears to be rising rapidly in developing countries. In particular, in the past three decades, obesity prevalence among Iranian children has more than doubled (18, 19). Obesity and overweight in childhood have a considerable impact on either physical or psychological health (18, 20). Furthermore, in the future, they will often become obese and overweight adolescents and adults (18).

There is limited evidence on the relationship between media use/exposure and sleep duration in under-five-year-old children (6, 21). In the same way, while various analytical studies have shown associations between screen time and BMI in late childhood (22-27), evidence about infants, young children, and preschool children is not conclusive (28, 29).

Moreover, although some studies indicate that the duration of media use is associated with sleep duration and BMI, most researchers have concentrated on particular types of the screen viewing devices such as TV and portable video device (29-31). This is while children in real life are in touch with a variety of screen viewing devices. Therefore, in this study, screen-viewing time was investigated based on all media devices. Regarding the fact that lifestyle-related variables are usually culture-dependent (32), research in the field of screen viewing, sleep, and BMI should be conducted separately for each community. Nonetheless, to the best of our knowledge, no other study investigated the relationship between screen time, sleep duration, and BMI in under five-year-old Iranian children residing in provinces and counties.

The present cross-sectional study was conducted in Takestan County, an area in Qazvin province of Iran, from May to December 2017.

Using multistage stratified cluster sampling, 322 under-five-year-old healthy children were enrolled in the study, while children with severe mental or physical illness that needed hostel special care services in institutes were excluded from the research process.

We obtained written informed consent from parents before participation and an approval for the study was obtained from the Social Welfare and Rehabilitation Sciences University.

The version of the time-use diary that was applied to this research had four main open-ended questions that asked the primary activity, when it began and ended, whether any other activities took place, and where and with whom that activity took place.

The time-use diary, which was either interviewer-administered or self-reported, asked about the child’s flow of activities over a 24-hour period of a weekday. The time-use diary in the present study was designed as open-response category and open interval formats via per three hours. Yesterday or tomorrow methods of time use diaries were utilized in line with the desire and conditions of the participants. In the “tomorrow” diary method, the interviewer left the time-use diaries behind for the participant to be completed after an initial face-to-face interview, on the following day(s) (33-35) while in the “yesterday” diary method, the respondent was required to recall recent events and record activities performed over a specified recall period, which is usually yesterday, during an interview. In other words, the respondent recalls the activities of the past 24-hours (36, 37).

All data were gathered by three professionally trained staff that had participated in workshops about the time-use methodology, time-use diary administration, and interview method of assessment.

Screen viewing time was calculated based on the sum of media use as either a primary or a secondary activity on the weekday, including time-use estimates (minutes) of TV viewing, video games, and the use of the personal computer, laptop, or tablet that were measured by yesterday and tomorrow time-use diaries.

Total sleep duration was calculated by the summation of daytime sleep and nighttime sleep estimates that were measured by yesterday or tomorrow time-use diaries.

Anthropometric data including height and weight were measured according to a standard program using calibrated devices by a trained staff of health-care systems (38, 39). Overweight and obesity status was determined based on BMI z-scores that were calculated by using the World Health Organization gender-specific BMI-for-age growth charts (17).

Unlike previous time-use studies, this study investigated the estimates of time use based on eight areas of occupations, which were classified according to the third version of occupational therapy practice framework, domain and process (OTPF3) (40). The interpretation of the diary was done in several steps. In the first stage, verbatim was extracted and the number and duration of each of them were determined. In the next step, the frequency and duration of the tasks, activities, and occupations of daily life were determined according to the OTPF3, and in the final stage, the time allocated to each of the areas of occupations was determined based on the OFPF3.

Statistical analyses were performed by using IBM SPSS and the level of significance was set at P < 0.05.

This study was approved by the Ethics Committee of the University of Social Welfare and Rehabilitation Sciences on 3 October 2016 under the ethics code IR.USWR.REC.1395.193.

Table 1 presents descriptive statistics including the mean and standard deviation of screen time, sleep duration, and BMI by age categories and gender. In general, the mean screen time, sleep duration, and BMI were 97.75 min/day, 668.35 min/day, and 16.58 among our participants. It is noteworthy that there was no significant difference in any of the variables between girls and boys.

The purpose of the present study was to investigate the relationships between screen time, sleep duration, and BMI among under-five-year-old children.

We found that children who had more screen time had less sleep duration. In other words, screen time as a predictor had a significant impact on sleep duration. The findings of the present study are consistent with the American Academy of Pediatrics that recommends appropriate limitations for screen time for under-five-year-old children (3, 4). This finding is consistent with some previous studies that found screen time is adversely associated with sleep outcomes. For instance, the findings of a cohort study on Australian children (4 - 5 years of age at baseline) showed that the total media use at four years of age was significantly associated with sleep duration at six years of age (41). In most studies, the relationship between time spent on watching TV, using computers or other screen devices, and sleep-related variables including sleep duration has also been evaluated separately (42). Mak et al. in their baseline survey study on adolescents in Hong Kong obtained heterogeneous results and indicated that Television and computer viewing was not correlated with sleep duration while mobile phone viewing was correlated with sleep duration (43). It is noteworthy that the content type (6) and temporal and physical locations of screen viewing (6, 44) are two compelling factors influencing sleep duration.

Our findings are in good agreement with some previous research findings suggesting the relationship between screen viewing aspects and BMI, overweight, or obesity. Kuriyan et al. identified TV viewing as one of the significant factors contributing to overweight in 6 - 16-year-old children (49).

The findings of this study are not consistent with a meta-analysis of prospective studies published in 2018 that revealed shorter sleep duration is a risk factor for obesity in infants, children, and adolescents (50). The disparity of the findings may be attributed to the role of screen time as an independent variable in such a way that irrespective of screen time as an independent variable, sleep duration could predict BMI, as shown in Table 7.

The main limitation of this research was related to its participants as it was conducted on a relatively limited geographical area with a small sample size. Future research on this topic could address the limitations of this study by expanding the geographical coverage and enrolling a larger sample size.

The strengths of this study were its sampling strategy and its attempt to control extraneous variables, especially age, gender, and the socioeconomic status of the households.

Copyright © 2018, Archives of Neuroscience. This is an open-access article distributed under the terms of the Creative Commons Attribution-NonCommercial 4.0 International License (http://creativecommons.org/licenses/by-nc/4.0/) which permits copy and redistribute the material just in noncommercial usages, provided the original work is properly cited.
2020-11-07 12:55:37
Hello, How can I have the questionnaire?