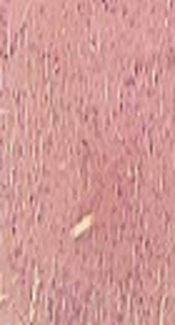 VCO showed potential antiradical and antioxidant activity after in vitro treatment. VCO also significantly increased the thiol content, catalase, SOD and GPx activity and decreased the cholinesterase and nitric oxide levels. TNF-α and iNOS gene expression and protein levels decreased significantly after administration of VCO. Different areas of the hippocampus showed a significant change in the number of neurons in hippocampus, amount of phosphorylated tau and count of amyloid beta plaque in the Alzheimer’s rats that had been markedly restored by VCO.

Alzheimer’s is a multifactorial disorder that is affected by aging, genetic risk factors, reactive oxygen species and inflammation. Studies have shown that this disease initiates with synaptic loss, neuronal impairment, proliferation of microglial cells and is followed by inflammation (1, 2).

The exact mechanism of Alzheimer’s disease (AD) is not completely understood; however, plaque deposition by fibrillar aggregates of amyloid beta peptide (Aβ) is recognized as a factor in the pathology of this disorder and is measured in AD pathogenesis (2, 3).

It has been documented that inflammation induced by Aβ results in memory loss, oxidative stress and an increase in TNF-α (2, 3). Furthermore, increased oxidative stress in the brain is accompanied by memory and cognitive loss and development of AD (2). Elevated oxidative stress causes formation of senile plaque, amyloid deposits and synaptic loss that result in loss of the structure and function of neurons. One vital contributing factor for management and prevention of neurodegeneration is the control of inflammatory factors and oxidative stress (1, 2).

Management of AD has focused on decreasing the formation of Aβ by normalizing cholinergic function with the administration of cholinesterase inhibitors, non-steroidal anti-inflammatory drugs and by reducing neuro-inflammation medications such as COX-2 inhibitors. Most of these medicines have side effects. In this context, natural herbal sources with beneficial health effects and few side effects can be a good alternative for the prevention or management of inflammation and oxidative stress in neurodegenerative diseases (1, 2).

The current study investigated the neuroprotective properties of VCO in Aβ-induced Alzheimer’s rats as a potential antioxidant and anti-inflammatory agent. The antioxidant effects and TPC of VCO in the in vitro condition were determined as well.

The VCO under study was produced according to the previous studies (6).

This method was performed according to published recommendations using 1,1-diphenyl-2-picrylhydrazyl (DPPH) assay by adding 1 mL of 1 mM DPPH solution to 3 mL of VCO solution (in methanol; 25 - 100 mg/L. Butylated hydroxytoluene (BHT) was used as the reference (7).

The ferric reducing antioxidant power (FRAP) was used to determine the total antioxidant activity of the method described previously with small modifications. FRAP is based on the ability of the antioxidant to reduce Fe3+ to Fe2+ (7).

Male Wistar rats (8 week) were purchased from Pasteur Institute of Iran. All animals were maintained at room temperature (22  ±  1°C) in a 12 hours light/dark cycle. All procedures were done according to the guidelines of the NIH Guide for the Care and Use of Laboratory Animals. After about 7 days of adaptation, the rats were randomly divided into six groups (n = 10/group); 1: control, 2: sham surgery, 3: sham surgery receiving normal saline; 4: Alzheimer’s rats (induced with Aβ 1 - 40); 5: Alzheimer’s rats + 8% VCO; 6: Alzheimer’s rats + 10% VCO.

Aβ (1 - 40) peptide (Tocris Bioscience; UK) was dissolved PBS (10 µg in 10 µL of sterile PBS) and incubated at 37°C for 7 days to induce peptide aggregation. The aggregated Aβ and vehicle was injected slowly over 5 minutes into the left lateral ventricle of all animals in groups 4 to 6 as described in a previous study (8). One week after Aβ injection, 10% VCO and 8% VCO and were administered for 8 weeks.

The hippocampus was homogenized in lysis buffer (Sigma-Aldrich; USA). All factors are presented as mg of protein of the hippocampus as determined by the Bradford method.

The superoxide dismutase (SOD) activity in the hippocampus homogenate and serum were measured using a Randox kit.

The activity was measured by determining the yellow anion formation from the reaction of the thiocholine generated by enzymatic hydrolysis of ATCh and Ellman's reagent. Briefly, ATCh (as a substrate, 75 mM), PBS (pH 8.0, 0.1 M), and 5,5’-dithiobis(2-nitrobenzoic acid) (Ellman's reagent, 10 mM) were mixed at a ratio of 2:150:5. The change in absorbance was measured at 412  nm for 3 minutes at regular intervals of 30 seconds using a UV-visible spectrophotometer immediately after the enzyme was obtained (10 µL) (9).

The concentrations of nitric oxide (NO) in the hippocampus homogenates measured according to previous published paper (10).

The brain tissue was fixed by immersion in 4% paraformaldehyde solution. Hematoxylin-eosin (H&E), Imonohistochemistry (anti-tau ser404; Abcam) and Congo Red staning were done. The images were quantified in Image J software.

All statistical analysis was done in SPSS software (version 20). The results from the histological counts are presented as percentage of control, whereas the data from the biochemical factors are expressed as mean ± SD. One-way analysis of variance (ANOVA) and Tukey’s post-test were used to compare the groups. A P value of less than 0.05 was considered significant.

The VCO exhibited potential DPPH radical scavenging activity (Figure 1A). At a 1 mm concentration, VCO showed substantial scavenging activity, similar to ascorbic acid and BHT. The significant antioxidant activity of VCO was determined by the FRAP method. VCO at a dose of 1 mg/mL had a FRAP value of 2.11 mmol/L, which is equivalent to FeSO4.7H2O and ascorbic acid showed 2.50 mmol/L. 4.4. Activity of AChE in the Hippocampus

In the hippocampus, the TNF-α level increased in the Alzheimer’s group and was decreased by VCO. Intracellular TNF-α expression (Figure 2A) was markedly elevated in the Alzheimer’s group compared to the control group (P < 0.001). The VCO-treated animals showed a significant decrease in TNF-α expression level (P < 0.05). The TNF-α protein levels (Figure 2C) decreased significantly with the administration of 10% VCO (P < 0.01). Brain histology after Congo Red staining. Staining the Congo Red was done to confirm the presence of amyloid plaque in the brain tissue (straight arrows) from control (A), vehicle (B), Alzheimer (C), Alzheimer + 8%VCO (D) and Alzheimer + 10% VCO (E) groups. Representative images of six sections per cortex and five brains per group were observed with × 20 objectives. Results are presented as the mean ± SD. ***P < 0.001, compared with control rats. ###P < 0.001 and ##P < 0.05 compared with Alzheimer rats. Figure 5 shows the morphological changes in various areas of the hippocampus. The criteria used to determine damage or cell death were: darkened and small cells (cells with spots and dark membranes) and autolysis (cells showing unusual nuclear morphology). To assess the results, the number of normal and abnormal neurons were determined and the intact neurons were counted in the CA. The results showed that intact cell count decreased significantly in CA1, 3 and 4, but the change in CA2 was not significant. In the present study, TNF-α gene expression and levels increased markedly after Aβ injection. Treatment with both doses of VCO reduced inflammation in the hippocampus of the AD group. Previous studies have also found that elevated inflammatory cytokines participate in the progression of AD (13). It also has been established that an increase in inflammatory factors, especially TNF-α, can increase disease progression because of its ability to induce neuronal Aβ production and facilitate amyloid accumulation (13, 14).

The results of this study showed that amyloid accumulation significantly reduced by VCO in the hippocampus according Congo red staining. Change of structure and function of hippocampus is known one of the earliest detectable traits of AD and is progressively documented as a main component of early AD pathology (9, 12).

The results of the AD model using normal animals is in agreement with previous studies in showing that oxidative stress significantly increased in the rats. This can produce damage and death cell, along with Aβ accumulation, which is what occurs in AD (2). Furthermore, VCO supplementation significantly decreased oxidative stress markers in vitro and in vivo. It has been established that brain is more vulnerable to oxidative stress, probably because of the richness of iron, the high concentration of polyunsaturated fatty acids, the high rate of oxygen consumption and low antioxidant level.

Antioxidant enzymes such as SOD, CAT and GPx form the main defense mechanisms against ROS (7, 15, 16). It has been established that an increase in oxidative stress markers and a significant decrease in antioxidant activity occurs the brain of AD subjects (15).

The results of the present study shows that the level of CAT, SOD and GPx decreased significantly in the Alzheimer’s group and that treatment with VCO markedly normalized these markers. Because reduced antioxidant capacity is a part of normal aging and initiates very early in AD progression, natural antioxidants and free radical scavengers still hold promise for the management and prevention of various disease especially AD (17, 18).

The current findings showed that AChE activity increased significantly in the AD group, whereas treatment with VCO significantly normalized it activity (19). It has been reported that Aβ accumulation decreases the AChE concentration in the AD brain by elevating AChE activity. Although cholinesterase inhibitors and similar medications are administrated to alleviate AD symptoms, most are toxic and have undesirable side effects (17). Previous studies have shown that VCO is very safe and has numerous beneficial health effects (4, 5).

Previous studies have documented that synthesis of iNOS increased significantly after Aβ injection (20). This process may lead to a strong rise in the NO level in the hippocampus. It has been reported that iNOS/NO contributes to Aβ-induced neurotoxicity and may play a role in the pathogenesis of AD (21). In the current study, Aβ-stimulated iNOS production, but this was reversed by VCO. Interestingly, VCO normalized both iNOS expression and Aβ accumulation. In agreement with this findings, Tran et al. reported that NO overproduction participates in Aβ-induced brain injury and injection of Aβ1-40 increased iNOS mRNA expression (20).

This study initially established that VCO treatment strongly attenuates damage to nerve cells. It was shown that TNF-α, iNOS, AChE and oxidative stress decreased markedly in the VCO-treated AD rats compared to the AD rats. These findings strongly suggest that VCO can potentially attenuate damage to nerve cells and improve AD pathogenesis by suppressing the inflammatory response.

Copyright © 2019, Archives of Neuroscience. This is an open-access article distributed under the terms of the Creative Commons Attribution-NonCommercial 4.0 International License (http://creativecommons.org/licenses/by-nc/4.0/) which permits copy and redistribute the material just in noncommercial usages, provided the original work is properly cited.
download pdf 8.51 MB Peer Review Comments ( 158.87 KB) Get Permission (article level) Import into EndNote Import into BibTex
Number of Comments: 0