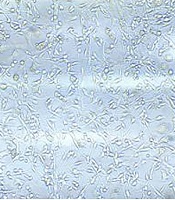 Cell culture is an important technique in cellular and molecular biology. There are two basic systems for culturing cells, adherent (monolayer) culture and suspension culture. In adherent cell culture, cellular adhesion molecules play a vital role in many physiological processes. Many cells, especially primary-obtained cells, hardly attach to plates, so coating agents are used for cell attachment and growth. There is no striking report on whether all cells need coated plates.

We investigated whether a coating plate is essential for primary spinal cord-obtained neuron culture.

Cells were separated and seeded in tissue culture plates coated with either Poly(L-lysine) or Poly(D-lysine), as well as without coating containing DMEM-F12 media with 10% FBS.

Cell culture has become one of the most fundamental techniques for modeling biological systems (1). Generally, cell culture is categorized into adherent (monolayer) culture and suspension culture. In adherent cell culture, which is the abundant form of culture, it provides the anchorage of cells to growth surfaces (2). However, the adhesion properties of the cells are cell-dependent; while some cells could attach per se, some others need adhesion molecules to assist their anchorages. Conventionally, it is believed that neuronal cells need adhesion molecules to promote their attachment; therefore, coated plates are used for this purpose (3). However, it is not clearly specified if all types of neurons need such assistance.

We investigated whether the coating is essential for culturing of primary spinal cord-obtained neurons.

A neonatal rat was anesthetized with ether. The spinal cord was extruded from the neonatal rat using hydraulic pressure. The obtained spinal cord was transferred to a tube containing ice-cold PBS and antimycotic antibiotic, then dissociated into a cell suspension by mechanical disruption and trypsinization (0.125% trypsin). Cells were separated and seeded at a density of 1 × 106 cells/mL in tissue culture plates coated with either Poly(L-lysine) or Poly(D-lysine), as well as without coating containing DMEM-F12 media with 10% FBS.

Plates were coated with each agent for 2 hours at 37°C, then washed 2 - 3 times with PBS to minimize the toxic effect of the coating material.

We found that obtained cells better attached to polystyrene plates (without coating) and grew well. After three days of in vitro culture, the number of adhered neurons was significantly higher in the uncoated plate (Figure 1) and the distribution of adhesive neurons was more homogenous (Figures 1 and 2) than in the coated plates. Neurons also attached to Polystyrene in a shorter time (three days) than their attachment to Poly(D-lysine) (Figures 1 and 2). We repeated this experiment seven times and obtained the same results. Neurons did not attach to the surface that was coated with Poly(L-lysine) (figures are not shown).

Cell culture is one of the main research techniques in life science. The use of in vitro models makes it possible to maintain cells in completely controlled environmental conditions, allowing the study of specific cellular and molecular pathways in shortened experimental timescales. On the other hand, in vitro models are less expensive than animal models and less time-consuming (4). In vitro studies show that most mammalian cells are anchorage-dependent and attach firmly to the substrate.

Cell adhesion plays an essential role in cell communication and regulation. Adhesion is also important in the development and maintenance of tissues. Cell adhesion is the ability of a single cell to attach to another cell or an extracellular matrix (ECM). The mechanical interactions between a cell and its ECM can affect the behavior and function of the cell (5).

Usually, different adhesion molecules are used to promote cell attachment in primary neuronal cell cultures. Limited culture studies have investigated the effect of coating on their adhesion. A previous study showed that the kinetics of hippocampal neurons’ adhesion on Poly(L-lysine)-coated surfaces was much faster than that on other coated surfaces, and the distribution of adhesion was more homogenous on Poly(L-lysine) (6). However, in our study, the opposite effect was observed. However, obtained spinal cord neurons in our study better attached to polystyrene, which may be due to different behaviors of hippocampal neurons compared to spinal cord neurons.

Neurons residing in distinct regions of the cortex display specific morphology, marker expression, and pattern of connectivity (7). Thus, it seems that the characteristics of spinal neurons may differ from brain neurons and they do not need coated plates.

In vitro studies have shown that Poly(L-lysine) toxicity was correlated with polymerization degrees, which indicates the number of lysine monomers within the molecule (10). Therefore, the lower rate of attachment of spinal neurons to Poly(D-lysine) and very poor attachment to Poly(L-lysine)-coated surfaces may be caused by the mentioned undesirable effects.

According to the data from our study, we suggest that coating is not required for the culture of neonatal spinal cord cells. Given that the number of studies on spinal cord culture is low, it seems that further studies are essential to make clear how these neurons behave differently.