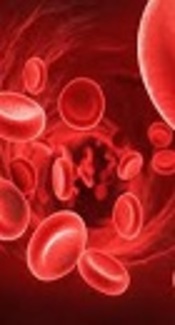 A total of 304 patients who were admitted to pediatric intensive care unit were selected to participate in this study. The changes in RDW on the day of admission and 4 and 8 days after admission in PICU were documented and their relationship with SIRS positivity, sepsis, and mortality were analyzed.

The mortality rate in our patients was 10.5%. In total, 39.8% of patients were SIRS positive and 50.4% fulfilled the criteria of sepsis. The mean of RDW at the time of admission, on Day 4 and on Day 8 of admission was 14.8%, 16.1%, and 16.6%, respectively. At the time of admission, RDW had a significant correlation with mortality and SIRS positivity, but RDW measured on Days 4 and 8 of admission did not correlate with neither of them. Neither of RDW0, RDW4, nor RDW8 did correlate with sepsis criteria fulfillment. ΔRDW day 4-adm > 0.2%, ΔRDW day 8-adm > 0.2%, ΔRDW day 8-day 4 > 0.2% exhibited no correlation with SIRS positivity, sepsis, and mortality.

We found that an increase in RDW from baseline during the first 4 and 8 days after admission of critically ill pediatric patients did not correlate with their mortality, SIRS positivity, and sepsis. However, elevated baseline RDW is a valuable prognostic marker in patients with sepsis.

Sepsis is characterized by systemic inflammatory response syndrome (SIRS), dysregulation of immune system, derangements of microcirculation, and end-organ damage (1). Globally, the total burden of illness from pediatric sepsis is high, particularly in intensive care units. Mortality rates could be as high as 80% in systemic inflammatory response syndrome (SIRS) and sepsis (2, 3). Therefore, early identification of SIRS and sepsis is essential to achieve satisfactory outcomes in children. Several studies have examined factors associated with morbidity and mortality due to sepsis in patients in intensive care units (4). Various biomarkers have been evaluated to act as a predictor of prognosis in septic patients, but most results are contradictory. Due to difficulties in test methods and unavailability or expensiveness, most of these markers have not made it to routine clinical practice (5-7). Studies have shown that red cell distribution width (RDW), which is reported as part of complete blood count and is routinely assessed in nearly all hospitalized patients, can predict critically ill patients’ prognosis. Not thoroughly understood pathophysiological mechanisms are responsible for this relationship. Iron metabolism and bone marrow function are affected by systemic inflammatory responses (8). Proinflammatory cytokines can lead to elevation of RDW by down-regulating the expression of erythropoietin receptor and inhibiting erythrocyte maturation and proliferation induced by erythropoietin (9). High oxidative stress, which is present in sepsis, induces an increase in RDW by reducing RBC survival and increasing the release of large premature RBCs into the peripheral circulation.

In our study, we evaluated the correlation among RDW, SIRS, sepsis, and mortality in pediatric patients admitted to intensive care units and we also studied whether changes in Red cell distribution width could act as a predictor in pediatric septic patients.

This study was an observational study conducted from September 2015 to February 2016, at a pediatric intensive care unit of a teaching hospital in Tehran. Our ICU has 12 beds and is managed by fellowships of pediatric ICU and anesthesiologists 24/7.

Approval for the study was settled by the Institutional Review Board of Mofid Children’s Hospital.

The medical records of all patients were reviewed for the following data: demographics and vital signs including body temperature, blood pressure, respiratory rate, and pulse rate, and CBC including RDW, measured within 24 hours of PICU admission on Day 4 of admission and on Day 8 of admission. Also, changes between values (Delta RDW) were calculated for each patient. Blood gas results, blood bank reports, microbiology reports, mortality, and duration of PICU admission were also documented.

The systemic inflammatory response syndrome (SIRS) and sepsis were defined according to the international consensus conference on pediatric sepsis definitions (1, 12).

We enrolled 306 pediatric patients who were admitted to ICU during the 6 months of our study; of whom, 55.8% were males. The mean age of our patients was 2.9 years. Patients’ characteristics are summarized in Table 1.

The history of tracheal intubation during their PICU admission was present in 34% of patients and correlated significantly with SIRS positivity, sepsis, and mortality.

According to patients’ CBC, 24.1% of patients had leukocytosis, 51.7% anemia according to age, and 11.3% had thrombocytopenia.

Considering the microbiology reports, 21.3% had positive blood cultures (The most common organism being coagulase negative Staphylococci, followed by Pseudomonas spp., Klebsiella spp. and Acintobacter.). Blood culture positivity significantly correlated with SIRS positivity and sepsis, but it did not correlate with mortality (Table 2).

Table 2. The Relationship Between Blood Culture Positivity and Other Variables

In view of the SIRS criteria, 39.8% of patients were SIRS positive and 50.4% fulfilled the criteria of sepsis.

Table 3. The Difference Between Mortalities in the SIRS Positive and Sepsis Group

Table 4. The Correlation of Mean RDW at the Time of Admission (RDW0) with Other Variables

Neither of RDW0, RDW4, nor RDW8 did correlate with sepsis criteria fulfillment.

Among the patients whose RDW was measured for the second time, the mean delta RDW was 1.8% and in 83% of these patients the change in RDW was more than 0.2 from baseline. Although the changes between the RDW0 and RDW4 did not correlate with SIRS positivity and sepsis, the mean of these changes was significantly higher in patients who died (P = 0.15).

SIRS and sepsis are succeeding clinic and pathophysiologic conditions, and by the progression of these conditions, morbidity and mortality rates increase. Sepsis is one of the main causes of ICU admissions and a key reason for morbidity and mortality in ICU worldwide (12, 13). Despite improvements in intensive care and treatments, mortality rate in patients with sepsis remains very high (14).

Inflammatory response resulting from interaction between genetically predisposed host and causative microorganism causes release of biological biomarkers that can affect prognosis. Biomarkers are biological molecules, which are useful for diagnosis, treatment response monitoring, and predicting prognosis, especially in patients whose clinical symptoms are not specific and in conditions in which diagnostic tests have limitations (6). Several studies have evaluated more than 100 biomarkers in sepsis patients; however, most of them are not clinically practical due to methodical difficulty and unavailability (15, 16). Interestingly, a number of studies have documented the relationship between RDW and mortality in ICU admitted patients (11). Wang et al. confirmed that RDW is an independent determinant of mortality in ICU patients (17). Conversely, Arslan et al. did not find a statistically significant relationship between prognosis of sepsis patients in ICU and RDW (4).

As what we found in our study, Jo et al. categorized RDW levels and they also showed that mortality rate was significantly higher in patients with RDW ≥ 15.8% (18). Although in the mentioned study, there was no difference in the rate of positive blood culture between RDW tertiles, in our study, the frequency of positive blood culture was significantly more in patients with RDW ≥ 15.8%. In an observational study of critically ill patients, the rate of sepsis was higher according to RDW levels, and RDW was associated with a significant risk for blood stream infection (11). However, in our study, SIRS positivity and not sepsis was significantly more common in critically ill pediatric patients who had elevated RDW levels.

In a recent study, an increase in RDW from baseline in patients with sepsis and septic shock during the first 3 days was found to be associated with mortality (19). Nevertheless, we did not find any significant correlations between the rise of RDW from baseline with SIRS positivity, sepsis, and mortality.

As early identification of patients with greater risk of mortality would allow more aggressive interventions that could decrease mortality rates, RDW could facilitate achieving this goal in critically ill pediatric patients.

Copyright © 2018, Archives of Pediatric Infectious Diseases. This is an open-access article distributed under the terms of the Creative Commons Attribution-NonCommercial 4.0 International License (http://creativecommons.org/licenses/by-nc/4.0/) which permits copy and redistribute the material just in noncommercial usages, provided the original work is properly cited
download pdf 115.34 KB Get Permission (article level) Import into EndNote Import into BibTex
Number of Comments: 0