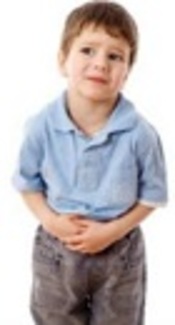 Efficacy of Ascorbic Acid Supplementation in Relief of Symptoms Due to Febrile Upper Urinary Tract Infection in Children, a Clinical Trial and Hospital Based Study

Urinary tract infections (UTIs) as a urological disorder occur in 1% - 3% of females and 1% of males. This disease can induce severe complications such as pyelonephritis.

The current study aimed to evaluating the efficacy of vitamin C supplementation on UTI in children.

The current clinical trial study was conducted on 152 female children with UTI admitted to Amir-Kabir hospital, Arak, Iran. The cases were randomly divided, based on blocked groups, into two treatment and control groups (76 patients in any group). The subjects were matched in terms of age, gender, and clinical signs and symptoms. The control group received only routine treatment of UTI, while the treatment group, in addition to the routine treatment received oral vitamin C supplementation tablet, for a 14-day period.

Urinary tract infections (UTIs) as the most common urological disease and the 2nd prevalent infection in children after viral flu, affect male and female children in pediatric clinics. This condition is treated with routine antibiotics including ceftriaxone, cefixime, and untreated UTIs lead to pyelonephritis (1-3). The symptoms of pyelonephritis include pain of back, flank or abdomen, nausea, malaise, vomiting, and, diarrhea, but fever may be the only manifestation (4, 5). Also nonspecific symptoms may be observed in newborns, including irritability, poor feeding, weight loss, and jaundice (6-8). Pyelonephritis as the most common serious bacterial infection occurs in infants lower than 24 months of age, and they have fever without an obvious focus (9-11). These symptoms indicate a bacterial infection in upper urinary tract system (12, 13). Acute pyelonephritis can result in renal injury and termed pyelonephritis scaring. Escherichia coli are the cause of infection in 75% - 90% of female cases followed by Klebsiella and Proteus species (6, 10, 14). Vitamin C supplementation is involved in neurotransmitter metabolism, cholesterol metabolism, and the biosynthesis of carnitine. In this reaction, vitamin C supplementations maintain the iron and copper atoms and cofactors of the metalloenzymes, in a reduced state. In addition, it is an important antioxidant in the aqueous of the body (15, 16). Vitamin C supplementations deficiency reduces cellular immunity and increase duration of some diseases (11, 17). Unfortunately, to the authors` best knowledge, there were few studies and only one study was completely related (18) and evaluated the effectiveness of vitamin C supplementations in treating UTIs. Appropriate treatment can reduce kidney scar; therefore, the application of medicinal and nonmedicinal substances to prevent kidney damage are useful.

The current clinical trial was conducted on 152 female patients with positive UTIs and consent to participate in research projects. Subjects with congenital and acquired renal abnormality, no consent to use their personal data in the study, and the ones that for any reasons wanted to leave the study were excluded. The subjects were randomly divided into two groups of treatment and control each with 76 patients; this division was based on blocked groups. The patients in the two groups were matched in terms of age, gender, and clinical symptoms including fever, dysuria, and frequency. Urinary symptoms on the 2nd day of admission and urine culture in 10 days after admission were evaluated. The two groups were given routine antibiotic regimen for UTI (Parenteral treatment with ceftriaxone 50 - 75 mg/kg/day/IV in two divided doses for admitted patients followed by cefixime 8 mg/kg/day/per oral in two divided doses for outpatients for 14 days). In the treatment group, subjects were treated with vitamin C supplementation, 250 mg/ day for 14 days in addition to routine treatment UTI and the control group received placebo and routine treatment of UTIs. Subjects were followed by technetium-labeled dimercaptosuccinic acid (DMSA) scan. The course of resolution of frequency, dysuria, abdominal pain, malodorous, dribbling, fever, and urgency were compared in the two groups; these clinical manifestations were observed and mentioned by interns and parents of patients, improvement and relief of fever, dysuria, abdominal pain, urgency, urinary dribbling, and incontinence were measured as days after improvement on these manifestations in the subjects. Urine culture of children was performed one week, as well as one, two, and three months after the termination of treatment.

Sample size was determined based on previous studies (18) and patients were selected by convenience sampling method; totally, 76 subjects were included in the treatment group 76 in the control group. They were diagnosed with positive UTI and their age range was 5 - 12 years. The treatment and control groups comprised of patients referred to the hospital and diagnosed with UTIs by urine culture (UC). Method of allocation of the subjects in the study was randomized; double blind, and in phase II of clinical trials, in addition, parallel assignment was used. It was observed that Vitamin C had significant effect on symptoms of UTI. For the study blinding, there were two groups of list numbers and patients were select from one of them and allocated into the interventional or control groups and patients or doctors did not know the patients of the two groups.

Ethical committee of Arak University of Medical Sciences approved the study protocol. Also, the study was registered in the Iranian registry of clinical trials (IRCT) (No. IRCT2015073113366N5).

Data analysis was conducted by Chi-square and t independent test. In addition, logistic regression analysis was used with the significance level of <0.05.

Table 1. The Prevalence of Pyelonephritis Symptoms in Percentage in the Study Groups a

Table 2. Comparing the Mean of Days for Improvement of Clinical Symptoms in the Two Groups a

Table 3. Patients by Fever, Dysuria, Frequency, Abdominal Pain, Urgency, Incontinence, and Dribbling in a 14-Day Follow-up in the Study Groups a

Table 4. Distribution of Urine Culture in the Two Groups a

Zarinfar et al., in a study on the effect of vitamin C supplementation on the treatment of UTI observed that vitamin C supplementation, as a supplementary drug, improved some pyelonephritis symptoms such as fever and dysuria and decreased hospitalization period (18) that their results were similar to those of the current study. Montorsi et al., in a study enrolled 42 consecutive females with recurrent UTIs and treated with 120 mg cranberries plus 750 mg vitamin C supplementation thrice daily for 20 consecutive days reported negative urinary analysis (UA) and UC and absence of symptoms. They found no major side effects in the follow-up of 26 patients at three-month and 22 patients at six-month (14, 19); but in the current study, the side effects of vitamin C were not evaluated. In another study by Nseir et al., on the association between vitamin D and UTIs in a period of three years, 93 females that were premenopausal with the history of recurrent UTI from the Infectious Diseases Unit were enrolled. They concluded that recurrent UTIs in premenopausal females were associated with vitamin D deficiency (13), but the current study was conducted on children and no association was observed. In a study by Fowler et al., in 1:1:1 ratio, they randomized 24 children admitted to the intensive care unit affected by sepsis, receiving IV ascorbic acid every six hours for four days. They concluded that IV infusion of ascorbic acid was safe and well tolerable (20). Yousefichaijan et al., concluded that zinc supplementation had a positive efficacy in the relief of severe UTIs symptoms (21). Also, in another study by Yousefichaijan et al., on vitamin E and UTIs they observed that vitamin E in UTIs had statistically significant ameliorating impact on the signs and symptoms (15); also, in the current study the effect of vitamin C was approved. Bannwart et al., concluded that vitamin C supplementation cannot be recommended to lower urinary pH of alkaline urines (22), but in the current study this effect was not evaluated. Some limitations of the current study were the small size of patients in the two groups and lack of cooperation by some patients and their parents. However, due to these reasons, further studies, especially prospective ones with larger sample sizes should be conducted to evaluate the efficacy of ascorbic acid supplementation in the control of UTI symptoms.

The authors gratefully acknowledge the Research Council of Arak University of Medical Sciences (Grant No.608) for the financial support.

Copyright © 2018, Author(s). This is an open-access article distributed under the terms of the Creative Commons Attribution-NonCommercial 4.0 International License (http://creativecommons.org/licenses/by-nc/4.0/) which permits copy and redistribute the material just in noncommercial usages, provided the original work is properly cited.
download pdf 109.11 KB Get Permission (article level) Import into EndNote Import into BibTex
Number of Comments: 0