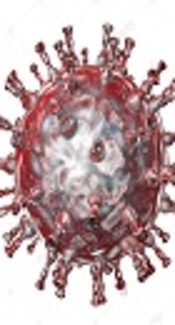 The Seroprevalence of Varicella Zoster Virus in a Healthy Population from Tehran, Iran

Varicella zoster virus (VZV) is responsible for chickenpox, which is generally a mild self-limited disease in healthy children. However, this disease may progress to a complicated and even life-threatening disease in adolescents, young adults, and immunocompromised patients in particular. The present study was conducted to investigate the seroprevalence of VZV in different age groups, selected among residents of Tehran, Iran.

We performed varicella serological tests (IgG) on the serum specimens of healthy people, collected from 3 main laboratories in Tehran. VZV IgG was measured with the ELISA method. We divided the subjects into 6 subgroups: below 2 years, 2 - 5 years, 5 - 12 years, 12 - 19 years, 19 - 25 years, and above 25 years. We tested almost 95 specimens from each age group.

Although the cumulative seroprevalence was estimated at 81.3% for all age groups, this rate was only 43% in children below 12 years; therefore, adolescents and young adults (high-risk age groups) are prone to chickenpox infection. In order to protect individuals against this infection, we suggest well-designed studies to address the need for routine chickenpox immunization programs in young children.

Varicella zoster virus (VZV), an alpha-herpesvirus, is responsible for chickenpox, which is a common benign childhood disease (1). If this virus is reactivated, it results in herpes zoster disease or shingles (10% - 15%), associated with decreased T cell immunity (2). VZV is easily transmitted through respiratory droplets, saliva, vesicle fluid, and even aerosol exposure (3, 4); therefore, rate of infection following household exposure is 65-85% in nonimmune individuals (5).

Although varicella is typically a mild, self-limited disease in healthy children, it can progress to a complicated and even life-threatening disease in adolescents, young adults, and immunocompromised patients in particular. In addition, it may cause congenital varicella syndrome among pregnant women in the first trimester (6, 7).

For unclear reasons, the epidemiology of VZV is influenced by regional and seasonal variations. In temperate climates, most cases occur in preschool children (1, 8). For instance, in a study conducted in the United Kingdom in 1996, more than 50% of children had acquired infection by the age of 3 years and more than 90% by the age of 15 years (9). In tropical and subtropical climates, the overall incidence of VZV is lower during childhood, and more infections occur at older ages (10).

The live attenuated varicella vaccine has been available since 1979 and was first introduced to the market in 1988. National immunization programs in many countries have included a single dose of vaccine (0.5 mL) for individuals at 12 - 15 months of age (11, 12). In Iran with various climates in different regions, vaccination against VZV is not routinely performed, and only a limited amount of vaccine is available in private clinics; therefore, there is only limited nonselective varicella vaccine coverage.

In Iran, one of the following major strategies can be applied: 1, general immunization in young children after loss of maternally derived immunity; and 2, selective immunization for certain high-risk groups. In Germany, where nearly more than 760,000 varicella cases occur per year, varicella vaccine is only licensed for particular indications in selected groups, including seronegative children with leukemia and solid tumors before chemotherapy (13).

Prior to the implementation of varicella vaccination in Iran, some public studies are necessary to determine the actual causes of vaccination. Therefore, this cross sectional, age-stratified study was conducted to investigate the seroprevalence of VZV in different age groups from Tehran, Iran.

We collected serum samples of healthy people from 3 laboratories in different parts of Tehran (1 private and 2 public laboratories) and tested the specimens for varicella antibody (IgG). The specimens were obtained from individuals older than 2 months. Serum specimens from any known immunodeficient patients or individuals with chronic diseases were excluded.

The serological test was a microplate enzyme-linked immunosorbent assay (ELISA), which uses purified antigen (cell lysate of a human fibroblast cell line, VZV wild strain) to detect VZV IgG (Euroimmun Anti-VZV IgG ELISA; Medizinische Labordiagnostika AG, Lubeck, Germany). After collection of the specimens, they were frozen and kept at -20°C until the process was completed. The VZV IgG was then measured with the ELISA assay. Titers below 80 IU/L were considered negative, 80 - 120 IU/L were considered borderline, and above 120 IU/L were considered positive.

The antibody titers are reported as geometric means with 95% CI. The seroprevalence in the population was calculated by weighing the study sample with respect to Tehran population in each age category from the national census 2011. For studying the relationship between age group and IgG titer, Spearman’s correlation coefficient was calculated. To investigate the effects of age (as a dummy variable) and gender on IgG titer (on the logarithmic scale), multiple linear regression analysis was performed. P value less than 0.05 was considered statistically significant.

During the study, serum samples were collected from 570 people. In total, 339 samples were from women and 231 from men. Based on the findings, 393 specimens contained positive VZV IgG; cumulatively, 81.3% of Tehran population (age-adjusted) are immune to VZV (Figure 1). The borderline titer in each group (80 - 120 IU/L) was 1 - 2 specimens (below 3% in total); therefore, we excluded these specimens. The antibody titer in each group is shown in Table 1.

Table 1. Antibody Titers Against VZV in Each Group in Tehran (2015)

The Cumulative Percentage of Samples with a Positive Antibody Titer Against VZV in Different Age Groups in Tehran, Iran in 2015

The IgG titer had a direct relationship with age (spearman’s correlation coefficient, 0.37; P < 0.001), although the age group of 2 - 5 years had a lower IgG titer in comparison to children below 2 years (P = 0.11). Overall, there was no significant difference in VZV IgG titer between genders (P = 0.43).

In our study on 570 serum samples, the cumulative VZV IgG titer was 81.3% for all age groups. The seropositivity for varicella increased with age from 43% in children below 2 years to 90.5% in people above 25 years. One exception in the increasing trend of positive serology in all age groups was the reduced percentage of seropositive samples in the age group of 2 - 5 years (32.6%), compared to the group below 2 years (43.2%). The main explanation for this decreasing rate is the passive antibody transfer from the mother to child during the first 2 years of life.

In the mentioned studies, considering the different climates of these countries, the percentage of positive VZV IgG titer was different in preadolescence (41% and 80%). In a meta-analysis and systematic review in Iran, it was shown that VZV seroprevalence is in accordance with the region’s climate, ie, low in tropical and high in temperate regions. Also, comparison of trends in studies performed during 2003 - 2011 did not indicate any difference in VZV seroprevalence in Iran (17).

In studies from regions with routine varicella vaccination, study of VZV IgG has shown a higher percentage of positive titer at younger ages. In a study from France in 2006, the VZV percentage of positive IgG titer increased from 15% to 89% (6 times) in children between 1 and 8 years and then increased slowly to 95% by 30 years of age (18). Similar seroepidemiological studies from the USA, Canada, Switzerland, Spain, Czech Republic, and Japan have also concluded that more than 90% of the pediatric population had positive VZV IgG titer postvaccination (19). These studies also show the safety and efficacy of this attenuated viral vaccine.

Based on the findings of this study, although the cumulative seroprevalence was 81.3% for all ages, this rate was only 43% before 12 years; therefore, adolescents and young adults (high-risk groups) are prone to chickenpox infection. Therefore, to protect individuals against this infection, we suggest well-designed studies to address the need for routine chickenpox immunization programs in the pediatric population.

Copyright © 2018, Archives of Pediatric Infectious Diseases. This is an open-access article distributed under the terms of the Creative Commons Attribution-NonCommercial 4.0 International License (http://creativecommons.org/licenses/by-nc/4.0/) which permits copy and redistribute the material just in noncommercial usages, provided the original work is properly cited.
download pdf 91.46 KB Get Permission (article level) Import into EndNote Import into BibTex
Number of Comments: 0