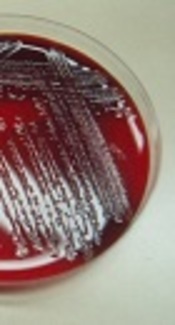 This cross-sectional survey was conducted on 89 children with positive culture for hospital-acquired Acinetobacter, admitted to intensive care units of Aliasghar Children's Hospital in Tehran, between 2010 and 2015. Besides, 97 patients with similar baseline characteristics without Acinetobacter positivity were enrolled as the control group. Epidemiological information and clinical data were collected by reviewing the hospital recorded files.

Neonates, who are admitted to intensive care units are at high risk for various types of Infections, such as Acinetobacter infection (1). Acinetobacter species are the most important pathogens associated with hospital-acquired infections and can be accounted for up to 20% of infections in ICUs worldwide (2). This infection was initially identified within the first decade of the twentieth century and is now accepted as a pathogen responsible for opportunistic infections of the skin, bloodstream, urinary tract, and other soft tissues (3). The overall preponderance of Acinetobacter infection varies in different geographical areas as well as in different clinical settings due to differences in its related identified risk factors, the difference in hospital-based managerial and controlling approaches, and also the rate of resistance against various antibiotics (4). The common risk factors discovered for Acinetobacter infections include cigarette and alcohol use, diabetes mellitus, chronic pulmonary disorders, prolonged hospitalization, surgeries, central venous catheter insertion, mechanical ventilation, intravenous feeding, and the use of broad-spectrum antibiotics (5, 6). The respiratory system is the most common location for colonization of Acinetobacter because of high transient colonization of the bacteria in the throat, besides colonization in patients with tracheostomy (7). In this regard, Acinetobacter is the most important reason for tracheal bronchiolitis and pneumonia in hospitalized children (8). High rates of in-hospital mortality due to Acinetobacter are reported in children admitted to intensive care units (9). In other words, neonatal pneumonia, sepsis, colonization in traumatic ulcers, and also cellulitis caused by intravenous catheters in such patients are the main etiologies for in-hospital death in this age subgroups (10). Another scenario is the resistance of Acinetobacter to different common antibiotics. The resistance mechanisms for these bacteria include enzymatic degradation of drugs, target modifications, multidrug efflux pumps, and permeability defects (11, 12). Unfortunately, high resistance rate of Acinetobacter to various antibiotics, especially in developing countries, has been reported. According to a recent systematic review from Iran (13), there has been an upward trend in the prevalence rate of resistance of Acinetobacter to different antibiotics, where between 2001 and 2011, the resistance rate to penicillin changed from 63.9% to 93.4%, to imipenem changed from 51.1% to 76.5%, to trimethoprim sulfamethoxazole changed from 76.6% to 99.0%, and to aminoglycosides changed from 58.4% to 95.0%. This high resistance to antibiotics makes controlling infection more difficult, specifically among children. In this regard, there is not enough information about the prevalence of these bacteria as well as the risk factors, especially in neonatal intensive care units. The present research aimed at to studying the five-year outbreak of Acinetobacter infections and its main determinants in neonatal and pediatric intensive care units.

This cross-sectional study was conducted on 89 children with positive culture for hospital-acquired Acinetobacter (according to NNIS methods), admitted to intensive care units of Aliasghar Children's Hospital of Tehran between 2010 and 2015. The patients without manifestations related to Acinetobacter infection, in spite of positive culture for these bacteria, were excluded from the study. All collected information was approved by the hospital committee for infection control. After completing epidemiological information by reviewing the hospital recorded files, the data on probable main determinants of infection were obtained, including invasive procedures (central vein catheterization, intubation, chest tube insertion, nasogastric tube insertion, or urinary catheterization), surgical interventions, the use of mechanical ventilation, respiratory tract suction, the use of antibiotics, underlying disorders, the length of hospital stay, especially at intensive care units, primary diagnosis requiring critical care, biochemical parameters, the treatment protocols, and the disease prognosis. Those patients with similar baseline characteristics (same age and gender), who had been admitted during the same period of cases yet without Acinetobacter positivity were considered as the control group.

Results were presented as mean ± standard deviation (SD) for quantitative variables and were summarized by absolute frequencies and percentages for categorical variables. Normality of data was analyzed using the Kolmogorov-Smirnoff test. Categorical variables were compared using chi-square test or Fisher's exact test when more than 20% of cells with expected count of less than five were observed. Quantitative variables were also compared with t test or Mann U test. For the statistical analysis, the SPSS statistical software version 16.0 for windows (SPSS Inc., Chicago, IL) was used. P-values of 0.05 or less were considered statistically significant.

In the recent years, Acinetobacter has had increasing resistance to a broad range of antibiotics. Among different clinical settings in each hospital, intensive care units are the most common areas affected by Acinetobacter infections, due to requiring mechanical ventilation or venous catheterization, prolonged stay, patients receiving various antimicrobials and immunodeficiency conditions. This issue is especially important among neonates and children because of the greater likelihood of infection-related mortality and morbidity. In the current study, a mortality rate of 25.8% was reported that was a considerably high among infants with Acinetobacter infection. In a study by Kapoor et al. (9) on an Indian sample, a mortality rate of 28.2% was found. Previous studies have reported mortality ranging from 17% to 63% (14-17). Mortality rates were higher (50%) in surgical patients, which may be due to the prolonged ventilator support required by these patients and the post-operative broad-spectrum use of antibiotics. In the current observation, several risk factors were identified to increase the risk of Acinetobacter infection and its related mortality and morbidity. In this regard and using multivariable regression models with the presence of confounders, the main indicators for ICU deaths among children with Acinetobacter infection included central venous catheter-related TPN and using carbapenem or ampicillin. In fact, both inserting central venous catheters for feeding and also administration of some antibiotics could be considered as major factors predicting poorer outcome due to Acinetobacter infection. Similarly, in some studies, known risk factors for similar infections included invasive procedures and the use of broad-spectrum antimicrobials (18). Consistent with the mentioned studies, the current research found that use of central venous catheters, especially for feeding, and use of broad-spectrum antibiotics were significant risk factors. However, use of urinary catheters and intercostal drainage tubes were not statistically associated with Acinetobacter infection as shown by others (19). As a main point, Acinetobacter has the ability to survive for long periods on inanimate surfaces in the patient’s vicinity, thereby providing a constant source of infection (20). A longer PICU stay is associated with greater exposure and hence this has been reported as a risk factor in other studies (21, 22). This study could not determine underlying disorders, such as respiratory anomalies, tracheoesophageal fistula, prematurity, neurological disorders, metabolic disorders, renal insufficiency, immunodeficiency, or history of trauma or coma as the main determinants of poor outcome of Acinetobacter infection or its occurrence. Previous studies have shown that risk factors associated independently with poor prognosis include severity of the underlying disease, pneumonia, inappropriate antimicrobial treatment, recent surgery, mechanical ventilation, acute renal failure, septic shock, and DIC (23, 24). Also, although prolonged ventilation, venous catheterization, and prolonged ICU stay were potential risk factors for Acinetobacter infection and its prognosis, the current researchers could not reveal such findings. In other words, as indicated by Reddy et al., traumatic brain injury, prolonged PICU duration of stay, and mechanical ventilation were the main correlates for death in these patients, however, there was no association with increased mortality as reported elsewhere (25, 26). The difference in risk profile for Acinetobacter infection and its prognosis is related to the difference in the study type, inclusion criteria, underlying diseases, and severity of disorders requiring admission to ICUs and also the rate of anti-microbial resistance. In this regard, it seems that the prevalence rate of Acinetobacter infection, its-related mortality and morbidity and also its main risk factors may be unique for each population. Adherence to infection control practices is very important if these resistant infections are to be controlled (27).

Overall, the mortality rate due to Acinetobacter infection in the population of the current study was about 25.8% in the global range reported in the literature. The main indicators for Acinetobacter infection-related death were central venous catheters related TPN, carbapenem use and ampicillin use, thus, greater efforts should be made for better control of CV line hygiene when they are used for total parenteral nutrition, and antibiotic stewardship principles must be respected if these infections are to be decreased in pediatric intensive care (28).

The authors would like to thank Dr. Talachian for her cooperation in this study.

Copyright © 2018, Author(s). This is an open-access article distributed under the terms of the Creative Commons Attribution-NonCommercial 4.0 International License (http://creativecommons.org/licenses/by-nc/4.0/) which permits copy and redistribute the material just in noncommercial usages, provided the original work is properly cited.
download pdf 112.96 KB Get Permission (article level) Import into EndNote Import into BibTex
Number of Comments: 0