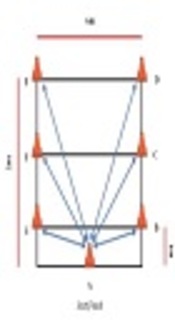 Sitting volleyball is a Paralympic team sport in which players use their upper limbs and hands to move and slide across the playing court.

The objective of this study was to determine the differences in physical performance tests between the men and women of Brazilian sitting volleyball national team players.

Results showed that male players had higher scores in the five performance tests, but according to the effect size calculations there was no significant difference between male players and female players in HG performance.

In sitting volleyball both genders of different ages can play together, except in the high levels and formal competitions (5). However, gender is an important physiological and sociological concept for researchers who wish to contribute to an understanding of disability sports (6). It is widely known that different structural and functional features exist between men and women, such as power, muscle strength, and endurance. It has been shown that men are able to have a better physical performance than women, and are better in upper limb than lower limb tasks (7, 8). Another study showed that men depended more on initializing movement and reaction speed, while women seemed to use strategies which depended more on precision (9); Also Saucier et al. (10), found that women were better than men at perceptual-cognitive skills like object location memory. Very few studies have focused particularly on gender differences in Paralympic sport contexts, although, needless to mention, the importance of this concept has been more recognized in the recent years.

Similar to Olympic competition, coaches are frequently looking for the best training methods in Paralympic sports (11). Experts and coaches must be able to recognize fundamental elements of elite sport in order to recruit optimally and train future athletes. One of the methods of identifying fundamental elements is examining differences in performance tests (e.g., fitness, skill) among athletes (12). Strength and physical ability are commonly required for sports, particularly Paralympic sports, such as sitting volleyball (13).

The aim of the present study was to present the profile of physical performance tests and compare them between men and women, of Brazilian national team of sitting volleyball players.

Firstly, subjects were informed about field tests procedure. Each participant’s age, gender, body mass, height, weekly time training and weekly sessions training were determined by using a questionnaire (Table 1). Then five test trials were conducted in two interspersed sessions for each player. Modified agility t-test (MAT), speed & agility test (SAT), speed & endurance test (SET), seated chest pass (SCP) and handgrip (HG) tests were conducted as randomized balance trials among the 15 players. All test trials were completed within the same day. All trials were conducted at the same indoor location. Temperature at the test place was steady all over the study, ranging among 29 - 31.5°C. Participants performed tests one by one and were instructed to apply maximal attempt and were verbally encouraged during the test. Players wore the same sport clothes for all their test trials. They had warm-up which was followed by 5 min of self-stretching specifically in upper limb muscles. In this study, it was tried to explain the speed and agility tests to the sitting volleyball players with more details than former studies.

The HG test measured the maximal strength in kilograms. Before starting the test, the examiner indicated how to hold a dynamometer. During the evaluation, subjects were requested to grip the handle and generate maximum handgrip strength until a vocal stop sign. Applicants were asked to grip the dynamometer with their dominant hand. A standardized direction was given to all subjects: a clear order to “squeeze the HG as hard as possible for the count of 3 seconds” (15). Participants performed two attempts only and a rest time from 2 to 5 seconds was given for recording the maximal HG strength between them (2, 16).

Upper-body power has been quantified using SCP test, it measures power of upper body, especially pectoral major and deltoids muscles which has restricted movements in horizontal adduction of shoulder joints while extension of elbows is performed, as in a chest pass test or push-up exercise. SCP is a field fitness test of anaerobic performance in sitting volleyball which could be the most suitable performance test for coaches to use (2, 4, 17). The athletes were seated on the floor with extended legs, feet 60 cm apart and the back against a wall. The medicine ball (4 kg men and 2 kg women) (18, 19), was held with both hands on the side and a little behind center and back against chest. Forearms were located parallel to the floor. Participants threw the medicine ball powerfully as far straight forward as they could while their back was maintained against the wall. Participants were allowed two attempts only and the thrown distance was recorded (20).

The MAT was developed from the standard t-test and was performed using the same instructions protocol of the t-test, excluding entire space covered and measures of inter-cone distance were modified. Number of directional changes are maintained the same. Participants covered a whole distance of 20 m on MAT instead of 36.56 m on the t-test (21, 22). Participants were firstly instructed through the course by the test administrator, who emphasized the importance of performing a shuffling movement using hands for movement as a real game movement in sitting volleyball court. The MAT was used to determine agility with directional shifts such as forward movement, left and right locomotion, and backpedaling. Based on the protocol defined by Sassi et al. (21), participants began seated behind the starting line cone A. After examiner’s vocal start sign, each subject moved forward to cone B and touched it with the right hand. They moved to cone C in the left and touched it with the left hand. Participants then moved to cone D in the right and touched it with the right hand. They moved back to cone B in the left and touched it. Finally, subjects moved backward as quickly as possible and returned to line A. The recorded score for MAT test is the best time recorded of the two trials (Figure 1). This test was used to determine agility and speed fitness factors of sitting volleyball players with directional shifts such as forward movement, left and right locomotion based on the protocol defined by Marszalek et al. (4). Subjects began seated behind the starting line cone A. After examiner’s vocal start sign, each subject moved forward to cone B and touched it then shuffled to the right to cone C and touched it and then returned to cone A again. They moved forward from cone A to cone D and then revolved to cone B and touched it. Then, they shuffled to the right to cone E and touched it too. Finally, participants moved forward as quickly as possible and returned to cone A and passed the line. The recorded score for SAT test is the best time of the two trials (2, 4) (Figure 2). The SET test was used to determine endurance and speed factors of players based on the protocol defined by Marszalek et al. (4). Subjects began seated behind the starting line cone A. After the examiner’s start sign, each participant shuffled as quickly as possible back and forth to cones B, C, D, E, F and G respectively, from cone A. Participants had to touch the base of all cones during the test. The recorded score for SET test is the best time of the two trials (2, 4) (Figure 3). All statistical analysis was carried out with IBM SPSS Statistics 23.0. Shapiro-Wilk’s test (P < 0.05) (23, 24) showed that the data were approximately normally distributed for both male and female participants. A student t-test was used to examine mean performance test differences between male and female players. Cohen’s effect size (d) was calculated for each mean comparison to test the strength of difference between the two groups.

The aim of this study was to evaluate the field physical performance of sitting volleyball players and gender gap between them. In order to perform sitting volleyball skills in the best way, a high level of physical fitness is required (4, 25-27). MAT [s], SAT [s], SET [s], SCP [m] and HG [kg] tests supported that these selected field tests could be a useful way for coaches to measure anaerobic performance among sitting volleyball players in a field fitness test (4). The results of this study confirmed that the male players showed higher scores in all the performance tests than women. The effect sizes demonstrated between Brazilian men and women sitting volleyball national team players emphasized the differences of the performance tests. These results were in agreement with the study’s hypothesis that generally men tend to have more lean body mass in comparison with women (28). According to the findings of Tikuisis et al. (7) and Cote (8) men have better physical performance than women, specifically in upper limb tasks, and it was in agreement with the results of the present study. While skill training often contains a substantial amount of practice time for team sports, training programs for sitting volleyball players, must include enough fitness factors. This topic is underlined by the more distinctions among groups on more skill-based performance factors, namely agility.

De Witte et al. (29) found that in wheelchair basketball athletes, there were significant differences among men and women on the whole performance time. Men did perform all activities faster than women. Sassi et al. (21), in a similar study on sitting volleyball players found significant differences between women and men sitting volleyball players for MAT test. Additionally, there was a weak relationship between MAT and strength which also suggested that agility requires other determinants of performance such as coordination. Similar results in the present study showed that the greatest and smallest effect sizes were realized on MAT and HG, between male and female players respectively. Also, Kimura et al. (30) in a study found less HG statistical difference between men and women compared to the agility of them. The effect size of SET and SAT tests scores were approximately close together and more than handgrip test scores. Other studies, like the current study stated that men had significantly higher power results in all performance tests. There were huge effect sizes in SCP test between male and female participants (31, 32).

The main limitation in the present study was geographical bias. Subjects were not selected from several national team camps; consequently, selection of players was determined by only one group of coaches. There is a necessity to continue the study on a larger group of sitting volleyball players in international level to confirm the results of this study. Future studies should investigate different aspects among male and female players from multiple international Paralympic teams. In addition, the validity and reliability of some of the performance tests have not been established clearly in the literature. Finally, as Vute (5) explained both gender can play sitting volleyball together, except at some higher level competitions; results of present study showed that regarding to the differences performance between both genders, playing together could be just for entertainment and in formal games would not be fair.

The men presented higher scores in all the performance tests. From a coaching perspective, as women are often need to perform the same tasks as men during sitting volleyball practice, they may have a primary disadvantage in power-based activities. Accordingly, female players should try to develop their upper limbs performance during sitting volleyball training period with strength and conditioning coaches. On the other hand, physical performance in sitting volleyball is just a part of it, also game skills like pass, serve and spike or perceptual-cognitive skills like anticipation, pattern recall, and decision making could be more important.