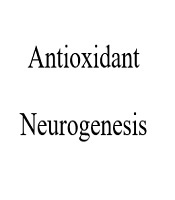 Nowadays, neural stem cells (NSCs) are known as an interesting study topic. These ectodermal progenitor cells are generated in the developing central nervous system (CNS) during the fetal period (1). The potential of NSCs to differentiate into neurons (neurogenesis), and glial cells (gliogenesis) will continue for the entire life in the specific areas of brain cortex (2). This potential can be damaged by maternal and environmental stress. Noise stress as an environmental stressor can cause adverse effects in the CNS (3). An experimental study showed that neurogenesis in the dentate gyrus of the hippocampus as the main source of NSCs could be affected by noise stress during the prenatal period (4). Another previous study showed that exposure to high-intensity noise during the postnatal period could suppress neurogenesis in the rat hippocampus, resulting in impaired memory performance and loss of spatial learning (5). Noise stress can cause oxidative stress, leading to the production of free radicals in cells. Embryonic and adult NSCs as the vulnerable cells in the CNS can be damaged by noise stress (6). Antioxidants are molecules that help neutralize the adverse effects of produced free radicals (7). A previous study showed that antioxidant drugs such as N-acetyl-L-cysteine, acetyl-L-carnitine, and phenyl N-tert-butylnitrone (PBN) were impressive in preventing or treating the hearing loss due to noise exposure (8). Also, vitamin E, selenium, manganese, zinc, omega-3, omega-6, and carotenoids provided by foods or supplements could reduce the destructive effects of oxidative stress (9). Due to the decrease in the proliferation ability of NSCs during noise stress, pregnant women and their newborns in the early postnatal period must be preserved from noise stress. This strategy is useful but not possible to implement in large cities where urban or occupational noise exposure will eventually happen. It is considered that the use of antioxidants is not recommended for pregnant women, and antioxidant supplementary must be used in recommended dietary allowances (RDAs) (10). In conclusion, plant-based foods containing antioxidants are very useful and safe for pregnant women and their offspring against noise stress-mediated damage.

Copyright © 2020, Gene, Cell and Tissue. This is an open-access article distributed under the terms of the Creative Commons Attribution-NonCommercial 4.0 International License (http://creativecommons.org/licenses/by-nc/4.0/) which permits copy and redistribute the material just in noncommercial usages, provided the original work is properly cited.
download pdf 71.02 KB Peer Review Comments ( 187.50 KB) Get Permission (article level) Import into EndNote Import into BibTex
Number of Comments: 0