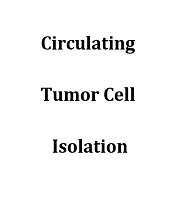 An Updated Review of Methods, Challenges, and Future Perspectives of Circulating Tumor Cell Isolation: Focusing on the Use of Nanomaterials

how to cite: Sargazi S, Saravani R. An Updated Review of Methods, Challenges, and Future Perspectives of Circulating Tumor Cell Isolation: Focusing on the Use of Nanomaterials. Gene Cell Tissue.7(2):e102074. doi: 10.5812/gct.102074.

Tumor dormancy is defined as a “steady state” where circulating tumor cells (CTCs) are present in patients but do not form a large vascularized tumor. This is due to the absence of stimulatory signals or prolonged activation of suppressive signaling pathways (1). These metastatic cells have been partially accounted for tumor recurrence even years after initial therapies (2). Hence, as hallmarks of tumor progression, CTCs supply beneficial information about single tumors and involved mechanisms by which these cells shed from the original tumor site (3). Although different technologies have been proposed for CTC isolation, nanomaterials have a good potential in overcoming this hurdle. The cell capturing ability and unique structure of biomaterials may provide insights for discovering next-generation treatments against metastatic tumors.

Briefly, a few methods have been introduced for CTC isolation, including: (1) immunoaffinity-based techniques; (2) exploiting physical properties of CTCs for their isolation based on differences in density and size; and (3) direct analysis of CTCs in the blood via high throughput assaying after erythrocyte lysis. Most recently, polymeric materials such as nanomaterials, nanodots, and nanofibers were tested for CTC isolation (4). Wang et al. set out to investigate the CTC capturing efficacy of a silicon-based nanostructured surface. This three-dimensional substrate, coated with antibodies against CTC surface molecules, effectively isolated CTCs from whole‐blood samples (5). In 2015, a team of researchers led by Xie et al. opted to use dual antibody conjugates for the isolation of adherent and non-adherent CTCs. Their observation yielded promising outcomes as the activity of CTCs was down-regulated while EpCAM and Slex were attached to a nanomaterial. That is to say; dual antibody conjugates could arrest CTCs at the S phase of the cell cycle for dormancy (6). In a study by Sekine et al., carboxylic acid group-coated monomers were directly electropolymerized onto a surface. They observed the enhanced isolation of viable cancer cells due to the synergistic relationship between nanostructured polymer substrates and capture materials (7). Despite the apparent soundness of these reports, previous methods for the physical isolation of CTCs lacked specificity and sensitivity. Another nanostructure featuring tailored chemical properties was tested by Yoon and his research team working on microfluidic devices. For this purpose, graphene oxide nanosheets were used to coat a gold surface, yielding high CTC isolation from blood samples collected from patients with multiple solid cancers (8). Five years later, Liu et al. synthesized a tumor microenvironment-responsive nanocarrier. Then, melanoma cells were co-treated with this novel nanomaterial, as well as celastrol and mitoxantrone as the two potent anti-tumor agents. Their observation suggested the effective suppression of melanoma cell growth while inducing tumor dormancy (9).

Apart from these apparent advancements, the CTC isolation faces a primary challenge due to the low number of these cells in the blood and their intrinsic heterogeneity. For overcoming this challenge, the use of microfluidic devices, such as microchips, has been suggested as an alternative strategy for conventional larger-scale systems used for CTC analysis (10). Besides, technical challenges might limit the efficient isolation of these attractive surrogate markers for systemic tumors. Several techniques have been developed for this purpose; however, they lack sensitivity. Another strategy for CTC characterization is the multiplex marker analysis, but it is currently limited due to fluorescence spectral overlap. The use of quantum dots or employment of other advanced imaging technologies might profoundly enhance CTC detection and enumeration in the future. Another challenge is the possible side effects of nanomaterials as they might accumulate in the bloodstream, causing harmful long-term effects. This might limit the utilization of nano-based materials for capturing CTCs. Nevertheless, a more detailed interaction analysis of nanomaterial and biological systems is required to fully elucidate these effects.

In the future, novel multifunctional platforms based on nanomedicine might be developed for simultaneous CTC detection and tumor therapy. The development of the proper surface chemistry using functional moieties (thiol, glutaraldehyde, etc.) on the surface of nanomaterials could help the proper detection of CTCs. To enhance CTC capturing, we propose to use short peptides as coupling groups on nanomaterials. Another promising strategy might be the molecular profiling of CTCs using clinically associated genetic markers such as EGFR and HER2, which are specific for some primary tumors.

Tumor cells are highly heterogeneous because they originate from the primary tumor or any metastatic sites. Therefore, more than one CTC capturing assay should be used to provide sufficient clinical sensitivity. Aptamers were introduced as useful biorecognition elements with high specificity to attach a variety of target CTCs. More integrated methods should be developed for CTC isolation to gain clinical utility.

In conclusion, nanomaterials are useful for monitoring metastasis and targeted therapy guidance. Different nanomaterials hold promise in capturing CTCs in the bloodstream. However, the use of such nanomaterials remained challenging due to their possible toxic effects on healthy blood cells. For this purpose, we suggested integrating current CTC capturing methods via other tumor detecting strategies for tumor screening. More investigations are needed to determine the efficacy of nanomaterials in CTC isolation.

Copyright © 2020, Gene, Cell and Tissue. This is an open-access article distributed under the terms of the Creative Commons Attribution-NonCommercial 4.0 International License (http://creativecommons.org/licenses/by-nc/4.0/) which permits copy and redistribute the material just in noncommercial usages, provided the original work is properly cited.
download pdf 76.25 KB Peer Review Comments ( 178.88 KB) Get Permission (article level) Import into EndNote Import into BibTex
Number of Comments: 0