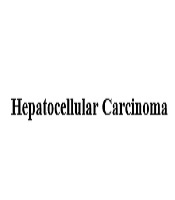 Epigenetics and Genetic Changes in CHD5 and Risk of Hepatocellular Carcinoma

Hepatocellular carcinoma (HCC) is the sixth most common cancer in the world and one of the deadliest cancers of the gastrointestinal tract. As HCC is recognized in advanced stages, it is the second deadliest cancer (1).

Epigenetics means studying changes in the expression or function of genes that can be inherited to the next generation of cells without DNA alterations and histone modifications. The main epigenetic mechanisms include DNA methylation, histone modifications, and changes in nucleosome positioning. Various studies have shown the association of epigenetic changes with the incidence or progression and metastasis of different types of cancers. Genetic mutations are stable, but epigenetic changes are modifiable and can be prevented in many cases. Therefore, the modification of unpleasant epigenetic events in cancer-prone cells has been extensively justified. It is an advanced therapy in the treatment or prevention of cancer (2).

Chromodomain helicase DNA-binding 5 (CHD5) is a member of the chromatin-transforming proteins’ family called SWItch/Sucrose non-fermentable (Swi/Snf). These proteins are located in the nucleus of eukaryotic cells and are responsible for controlling DNA packaging pathways that can also affect gene expression (3).

Recently, Rui et al. (4), in a manuscript entitled “CHD5, a tumor suppressor is epigenetically silenced in hepatocellular carcinoma”, studied different cell lines and found that CHD5 could play as a specific tumor suppressor gene. They showed that even the slightest defect in CHD5 function could disrupt the signaling cascades in the apoptosis pathway, that is, the lack of CHD5 controlling functions may activate highly destructive mechanisms and enhance cancer progression. This study showed that the expression of CHD5 mRNA decreased in both HCC tissue liver and HCC cell lines. Epigenetic evaluation in the promoter region of this gene showed that specific loci such as -841 to -470 were hypermethylated. If these cells were treated with a methylation inhibitor, it could increase CHD5 expression by removing the methyl group in the promoter region. Restoration of expression and activity of CHD5 inhibited cancer cell proliferation and prevented tumorigenesis of these cells (4). It is possible to claim that CHD5 is a tumor suppressor gene, which is silenced in the face of epigenetic changes such as methylation and causes malignant cancerous lesions. In this regard, an epigenetic study of CHD5 showed that some compounds such as polycomb repressive complex 2 (PRC2) could epigenetically silence CHD5. Besides, PRC2 was related to the methylation of histone H3 in some HCC cell lines (5).

The studies of the epigenetic features of CHD5 are very limited, and it seems that hypermethylated promoters can be considered new biomarkers in the diagnosis and prognosis of HCC. Although the focus of most studies is on CpG islands in promoter regions, recent findings suggest that some aberrant methylation in cancers occurs in the margins and surroundings of the CpG islands (6). Remarkably, most of the changes in the periphery of the CpG islands are related to areas that become hypermethylated during normal tissue differentiation (7).

Human tumors are also characterized by miRNA deficiency, which is often caused by hypermethylation in the miRNA promoter. Interestingly, the suppression of miRNA expression by hypermethylation is associated not only with the occurrence of cancer but also with its metastasis (8, 9). The patterns of hypermethylation are specific to the tumor type, and it is still unclear why specific regions are hypermethylated while other regions remain hypomethylated. One possibility is that the inactivation of certain genes may lead to growth and, ultimately, clonal selection. Another hypothesis is that inappropriate methylation of the CpG islands may be due to the call for DNA methyltransferase (DMNT) and histone deacetylase enzymes to specific target genes by fusion proteins (10). Another possibility is the release of methylation from the hypermethylated areas to the surrounding areas. Epigenetic silencing by DNA methylation has been reported to cover areas as large as 1-mb of the chromosome and simulate a condition similar to that of loss of heterozygosity (LOI), which is often seen in human tumors. Overall impairment in the pattern of DNA methylation can also be due to impaired DMNT expression regulation. DNA methyltransferases are expressed in many types of tumors. In addition, DMNTs expression can be regulated by miRNA (11).

In conclusion, attention to the important role of epigenetic defects in the incidence and progression of cancer has increased significantly in recent years. It has been shown that the disruption of epigenetic mechanisms can promote tumor growth by affecting or cooperating with carcinogenic mutations. Therefore, the management of aberrant epigenetic events as a way to target the development or progression of cancer is a rational and effective treatment.

The influence of epigenetic therapies for the control of myelodysplastic syndromes and the prevention of leukemic changes indicate that epigenetic disorders predominate on the onset of cancer. Epigenetic therapy is, therefore, a promising way to prevent and treat malignancies. One interesting aspect of epigenetic therapy is its ability to enhance efficacy and how to respond to current treatments. Understanding the relationship between epigenetics and cancer in prognosis is also useful as a treatment.

Many aspects of epigenetics appear to be still unknown, and various studies are ongoing to explore other epigenetic mechanisms and their relationship with each other, as well as with the development or progression of various diseases, especially cancer.

Copyright © 2020, Gene, Cell and Tissue. This is an open-access article distributed under the terms of the Creative Commons Attribution-NonCommercial 4.0 International License (http://creativecommons.org/licenses/by-nc/4.0/) which permits copy and redistribute the material just in noncommercial usages, provided the original work is properly cited.
download pdf 75.69 KB Peer Review Comments ( 98.85 KB) Get Permission (article level) Import into EndNote Import into BibTex
Number of Comments: 0