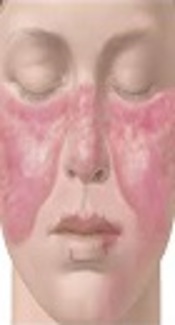 The protein tyrosine phosphatase non-receptor 22 (PTPN22) gene encodes the lymphoid protein tyrosine phosphatase. Recent studies demonstrated the association between the +1858C > T, -1123G > C variants of PTPN22 gene, and different autoimmune diseases. The current study aimed at examining the association between the polymorphism of PTPN22 gene and systemic lupus erythematosus (SLE) in the Southwest of Iran.

The current study included 120 patients with SLE and 120 healthy volunteers as a control group. Genomic DNA was extracted and the genotyping was performed based on the PCR-restriction fragment length polymorphism (PCR-RFLP) method.

Statistical analysis showed no relationship among gender, genotype, and SLE risk. However, there was a significant relationship between age and the SLE risk (P = 0.006).

Systemic lupus erythematosus (SLE) is a systemic autoimmune disease with clinical involvement that can affect human body organs or systems, especially skeletal muscles, kidney, heart, skin, and central nervous system (CNS) (1, 2). The prevalence of SLE in human population was reported about 20 to 150 cases per 100,000 people. Females affect10 times more than males by the SLE disease (3). SLE has a complex and strong genetic basis. Molecular genetic studies in humans and animals identified the important genes that contribute the pathogenesis of SLE. The most important genes predispose to disease are human leukocyte antigens (HLA) such as DR3, DR4, followed by non-HLA like protein tyrosine phosphatase non-receptor type 22 (PTPN22), signal transducer, activator of transcription 4 (STAT4), and interferon regulatory factor 5. Among non-HLA genes, PTPN22 is considered as the most effective gene in autoimmune diseases (4, 5).

SLE has various clinical appearances with a large number of autoantibodies. So far, more than 180 autoantibodies were identified in the blood of patients with SLE, although different people may show different antibody profiles (6). Currently, the clinical diagnosis of lupus relied on the presence of at least 4 out of 11 diagnostic criteria proposed by the American College of Rheumatology (ACR) for SLE (7). The presence of anti-nuclear antibodies (ANA) in patient’s serum is the most important laboratory criterion for the diagnosis of SLE. The most important characteristic of autoantibodies in SLE is targeting nuclear fusion, anti-nuclear antibodies (ANA), and antibodies against double-stranded DNA (ds-DNA), which is positive in more than 90% of the patients with SLE (2).

Various studies showed that PTPN22 gene contributes in predispose to autoimmune diseases (8, 9). The PTPN22 gene is located on chromosome 1p13 and encodes the lymph protein tyrosine phosphatase (LYP), which plays an important role in controlling signaling through T-cell receptor and negative control of T-cell activating in the later stages (8). B- and T-lymphocytes dysfunction is usually observed in patients with SLE and many studies recorded defects in B- and T-cell receptors signal transduction (10). The most common single-nucleotide polymorphism (SNP) in PTPN22 is (1858C > T) rs2476601. In this SNP, a missense mutation in nucleotide position 1858 in the coding area of gene converts cytosine into thymine, causing the single amino acid arginine to be converts into tryptophan in position 620 in exon 14 (11, 12). Another SNP in gene PTPN22 is rs2488457 (-1123G > C) in which a missense mutation in nucleotide position 1123 in promoter area converts guanine to cytosine (13). The PTPN22 mutations may cause T-cell activation and the induction of autoimmune diseases such as SLE, rheumatoid arthritis, autoimmune thyroid, and type 1 diabetes mellitus (T1DM) (14). Therefore, the probable association between +1858C > T and -1123G > C polymorphisms in PTPN22 promoter was studied in the current study among patients with SLE living the Southwest of Iran.

The study was conducted on 120 patients with SLE confirmed by a rheumatologist and the positive profile of ANA and anti-dsDNA. Also, 120 healthy persons without a family history of autoimmune diseases, matched for age and gender, were selected as controls. In the study, all patients and controls were selected from Lorestan province in Southwest of Iran. The study was approved by the ethics committee of Khoramabad University of Medical Sciences, Khorramabad, Iran, and was conducted after obtaining the written informed consent from all participants. Data were analyzed with SPSS version 24.0 (IBM SPSS Statistics 24) and the Hardy-Weinberg equilibrium was tested. The continuous data were expressed as mean ± standard deviation (SD) and the frequencies of the alleles and genotypes in patients and controls were compared using chi-square test. Odds ratio (OR) and 95% confidence interval (CI) were calculated. P value of less than 0.05 was considered significant.

Table 2. Comparison of ANA and Anti-dsDNA Factors Between Different Genotypes in the Study Subjects

aThe variables were only assessed the patients and are presented as No. (%).

Table 3. Comparison of the Frequency of rs2476601 Polymorphism Genotypes and Alleles in the Study Subjects

aThe adjusted OR for age and gender.

Table 4. Comparison of the Frequency of rs2488457 Polymorphism Genotypes and Alleles in the Study Subjects

aThe adjusted OR for age and gender.

The PTPN22 is recently known as the negative regulator of B- and T-cell receptors in cell signaling pathway. The existence of an allele of PTPN22 (+1858C > T), participating in the R620W mutation, and the existence of a single nucleotide variant (-1123G > C) of this gene, located on its promoter, were demonstrated in SLE and other autoimmune diseases (16). The PTPN22 C1858T allele corresponding to R620W amino acid substitution (arginine to tryptophan) was associated with several autoimmune diseases including SLE.

The frequency of PTPN22 R620W polymorphism is usually very low in general population, but in some regions such as Scandinavia it reaches 15% (17). Various studies showed a heterogeneous allelic distribution in a North-East gradient of the 1858T allele frequency in different populations associated or not associated with PTPN22 C1858T single nucleotide polymorphism for the autoimmune diseases (18-20). The association between PTPN22 1858T and SLE was first reported in white people of North America by Kyogoku et al. (20).

The current study was only conducted on a population of Lorestan province, Iran; hence, more studies including global and regional data are necessary to verify the results. In conclusion, the study showed association between the +1858T allele and no association between-1123C allele of PTPN22, and SLE in the population of the Southwest of Iran, which in second one (-1123 allele) can be attributed to the small sample size in the present study. Therefore, further studies on a greater sample sizes are needed to evaluate the association between the patients with SLE and PTPN22 mutation.

The research was financially supported by Shahid Chamran University of Ahvaz (Iran) by a dissertation grant. In addition, the authors would like to thank the patients and healthy subjects who kindly participated in the study.

Copyright © 2017, Gene, Cell and Tissue. This is an open-access article distributed under the terms of the Creative Commons Attribution-NonCommercial 4.0 International License (http://creativecommons.org/licenses/by-nc/4.0/) which permits copy and redistribute the material just in noncommercial usages, provided the original work is properly cited.
download pdf 982.31 KB Get Permission (article level) Import into EndNote Import into BibTex
Number of Comments: 0