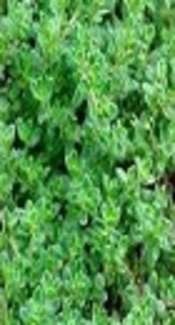 The overgrowing resistance of the species of candida toward anti-fungus drugs has necessitated the use of compounds with antifungal features. Some plants have antimicrobial features due to their polyphenols components. This paper aims at exploring the anti-fungus effects of Zataria multiflora against Candida albicans.

A total of 20 g of the dried and pounded leaves of the Zataria multiflora was used and its extract was prepared in the rotary device. Various concentrations of all extracts were prepared in the 96 cell microplate. MIC and diameter of the inhibitory shield were measured by dilution method and agar disk, respectively.

The Zataria multiflora extract showed good antifungal effects against Candida albicans sample. Therefore, this plant extract can replace chemical drugs and be used against candida-caused infection upon completion of this research trend.

In the present study the principles of the extract, different methods of minimum inhibitory concentration (MIC), and mode of action of the extract are discussed.

Candida albicans are a natural fungus in the body of animals and humans. This fungus, depending on the nature of the host, creates 2 groups of infections: surface infections that are seen in healthy people and deep infections (such as: pulmonary, digestive, urinary, and candida) occur in people with severe immune deficiency. Candidiasis is recognized as the most common invasive fungal infection in patients. Most infections are caused by Candida albicans with an internal source and approximately 60% to 90% of the relevant infections have been isolated. Most people get this fungus at birth as they pass through the delivery channel. Candida albicans live in the body in balance with other microorganisms and it is a common saprophyte on mucosal surfaces, especially the mouth, digestive system and vagina, however, various factors can upset this balance and can lead to active progressive symptomatic disease (1).

Vaginitis is a genital disease that accounts for over 10 million medical visits per year. The most common causes of vaginitis are bacteria. Candida albicans are the second leading cause of this infection. Also, the most common yeast isolated from the vagina is Candida albicans (85% to 90%), and it affects women with symptoms such as swelling, redness, burning, and itching of the lips of the vagina, as well as white secretions (2).

Candida infections should be treated due to the fact that they may be released in neutropenic patients with immunodeficiency. The treatment of such infections is a big challenge because the resistance of pathogens has risen to a number of medicine that are widely used (3).

Zataria multiflora is one of the most well-known herbs of mint. This plant is a plant with a height of 40 to 80 cm, green-white, fragrant, numerous stalks, resistant and firm, as well as gray-white or to slightly brownish skin. The leaf of Zataria multiflora is small and has a short petiole (4, 5).

Zataria multiflora has a drug use in traditional medicine of Iran and Europe. In general, phenolic compounds are responsible for the anti-bacterial properties of extracts and essential oils (6).

Zataria multiflora essential oils include carvacrol, thymol, and eugenol. Thymol has a scented smell as well as a spicy taste, and is an anti-fungal and antibacterial agent. Thyme has analgesic and anti-convulsion properties. It increases the intelligence and perception and is effective in treating hepatic failure. In addition, it streams the blood and strengthens sexual and reproductive organs in the body (7).

The aim of this study was to evaluate the anti-fungal effects of Zataria multiflora on C. albicans isolated from patients in Zabol.

The leaves of Zataria multiflora was collected in Iran (Zabol, south-eastern, Iran). Samples were identified and approved by a botanist at the Kerman branch of the Islamic Azad University’s Herbarium and were dried at room temperature. Samples were crashed and transferred into glass containers and were preserved for the extraction procedures, which were performed in the laboratory. The leaves of the herb were dried in the shadow down the appropriate status, were grinded in a grinder until homogenized to a good powder, and then maintained at room temperature for further studies (8).

Plant extraction herb extraction, was carried out using the maceration method. For this aim, 10 gr of dried powder of the Z. multiflora leaf was put in 0.5 lit Erlenmeyer flask containing 100 ml of ethanol, methanol, ethyl acetate, and chloroform extracts. The flask content was blended by applying a shaker in the room temperature with the speed of 130 rpm for 24 hours, and was then filtered from Whatman No. 2. The solvent was obsolete, and concentrated from the juice using a rotary evaporator (Heidolph, Germany), and was dried after being passed from a microbial filter with 0.45 micro meter pores in 60°C temperature for 2 days. The get extract was weighted and solved in DSMO solvent and was kept in the refrigerator in 4°C until being applied to the anti-fungal experiment.

Cross-sectional study was performed. Fungal clinicals were isolated from patients vaginas that were referred to the medicinal center using a sterile swab at the Amir Al-Momenin hospital, Zabol, south-eastern Iran during the years 2015 - 2016. They were examined at the Medical Science University, by a gynecologist and then quickly transferred to a sterile falcon tube comprising sterile water for further culture and including 2 solid culture medium: Sabouraud Dextrose Agar (Merck, Germany) was used for fungal culture and purification. One drop of fungi suspension was spread in a line across over the solid SDA medium in plates. All plates were transferred to an incubator at 37°C and then tested after 24 hours of incubation. Growth individual colonies were cultured again on the solid medium and fresh colonies were used for purification and identification. Each purified colony was identified according to the standard clue based on morphological criteria. Isolates were kept up for further studies in -20°C (9). To prepare a suspension of fungal spores, a piece of C. albicans cultured on Sabouraud Dextrose Agar medium were transferred to liquid physiologic serum and kept in 37°C. After fungi growth in the liquid medium, the condensation of fungal suspension was measured using a spectrophotometer (Unico, USA) in 530 μm wavelength. Based on the get light absorption, a suspension with a concentration of 106 cells/mL was adjusted.

To measure MFC, 10 mL of each broth was removed by the sampler, was transferred to the plates including Sabouraud Dextrose Agar, and was incubated for 24 hours at 37°C. The highest concentration inhibiting the development of Candida albicans was considered as MFC (Fungistatic) (10, 11).

The mean values of studied parameters were derived from the measurements of 3 replicates and the “Standard Error” of the means was calculated. One-way ANOVA was applied to define the importance of the results between different therapy and then Duncan multiple range tests (P < 0.05) were carried out. All the statistical analyses were done using the statistical package for social sciences (SPSS) for Windows (version 18.0)

Candida infections should be treated due to the fact that they may be released in patients with neutropenic and immune deficiency. The treatment of such infections is a big challenge because the resistance of pathogens has risen to a number of medicine that are widely used (13).

In this study, the inhibitory effect of Zataria multiflora extract on clinical strains of Candida albicans has been investigated.

The results indicated that Zataria multiflora have a significant anti-fungal effect, which can be attributed to composers such as carvacrol and thymol (14, 15). The antifungal activities in the present search have been reported before by other researchers (16-18).

In Akbari’s study, the antifungal activity of thyme against Candida albicans isolated from susceptible and resistant to fluconazole was investigated and the results showed that thyme can prevent Candida albicans from growing in laboratory conditions (19).Based on the results of a study conducted by Zia et al., comparing the effect of thyme and morte extract with nystatin on inhibition of Candida albicans growth, thyme extract can be used in combination with nystatin as an antifungal agent for the treatment of candidiasis. In addition, according to this study, by reducing the concentration of thyme in the culture medium, the degree of observation of the colonies resulting from the expansion of the dilutions of the Candida albicans suspension increased. Therefore, by decreasing the number of yeast cells in suspension, or increasing the dilution of yeast suspension, the number of colonies grown in culture media decreased (20).

In addition, the results of the study by Esfandiary et al., indicated that Zataria multiflora has high antifungal activity, which is due to the presence of effective compounds of this medicinal plant (21).

In the study of Rahimifard, the results display that Zataria multiflora essential oil exhibited a significant activity versus fungi and its MIC on Candida albicans, Aspergillus niger, and Aspergillus flavus were respectively 0.125, 0.125, and 0.125 µg mL-1 (ppm) (29).

The present study confirms the usefulness of this extract as an antifungal agent; however, further research is required to evaluate the practical value of this plant before proving its therapeutic applications.

The authors would like to thank Mr. Hasan Ahmadi from the University of Zabol for providing the research facilities.

Copyright © 2017, Gene, Cell and Tissue. This is an open-access article distributed under the terms of the Creative Commons Attribution-NonCommercial 4.0 International License (http://creativecommons.org/licenses/by-nc/4.0/) which permits copy and redistribute the material just in noncommercial usages, provided the original work is properly cited
download pdf 112.10 KB Get Permission (article level) Import into EndNote Import into BibTex
Number of Comments: 0