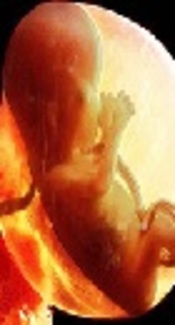 Association of Rubella, Cytomegalovirus, and Toxoplasma Infections with Recurrent Miscarriages in Bonab-Iran: A Case-Control Study

The aim of this study was to investigate the effects of rubella, cytomegalovirus, and toxoplasma infections on recurrent miscarriage in Bonab county.

This is a case-control study. Blood samples from a total of 100 women with recurrent miscarriage and 100 healthy women aged 20 to 35 years were taken and serum were separated. Antibodies against Rubella, Cytomegalovirus, and Toxoplasma were read by direct enzyme-linked immunosorbent assay (ELISA). Finally, data were statistically analyzed.

In this study, there was a significant difference in the prevalence of anti-Rubella, Cytomegalovirus, and Toxoplasma antibodies between women with recurrent miscarriage and healthy women.

Recurrent miscarriage refers to the incidence of 3 abortions or more before the first half of pregnancy. The causes of this disease are multifactorial that can be attributed to factors such as infectious, immunological, hormonal, chromosomal, anatomical, and coagulation factors (1-4). About 5% of all Recurrent Miscarriages are infectious (5, 6). Congenital infections are the most important threats to the health of the fetus in humans, most of which are caused by viral agents. Viruses are among the most contagious infectious agents and the mother's infection before or during pregnancy is one of the factors causing the fetus to be at high risk of infection. Viruses can cause abortion, intrauterine growth retardation, stillbirth, the death of a premature infant, and congenital anomalies (7, 8).

The Rubella virus is a resilient virus that can exert teratogenic effects on the human embryo. Symptoms of the disease include neurological disorders (temporary meningoencephalitis, hypotonia, mental disability), visual disorders (cataract, glaucoma, and retinitis), hearing disorders (bilateral hearing loss), and cardiovascular disorders. The virus has the ability to transfer from placenta to fetus, and the risk of infecting the fetus depends on the age of the fetus when the mother is infected. The risk of abnormalities in the fetus in the first 12 weeks of pregnancy is 85% and after 16 weeks, it reaches the lowest point (9, 10).

Cytomegalovirus is a virus with a double-stranded DNA genome from the Herpes virus family. Its prevalence is intrauterine, followed by shedding of primary infection from the body for months or even years that can be contagious. It usually has a latency period and can be reactivated and cause illness. If the mother is infected with the primary infection, the fetus in 40-50% of cases is infected, too. If mother is infected with a recurrent infection, the risk of infection in the fetus is 1%, leading to jaundice, mental disability, hearing loss, and ultimately abortion (11, 12).

The causative agent of toxoplasmosis is a compulsory intracellular protozoan named Toxoplasma gondii. Four classic symptoms of congenital toxoplasmosis are hydrocephalus, chorioretinitis, intracranial calcification, and lymphadenopathy. Lymphadenopathy is the most common symptom. It is caused by the immune deficiency. This parasitic protozoan is transmitted in three forms of oocysts in cat feces, tachyzoites in the acute phase of the disease with high replication rate, and bradyzoites that are intrinsic to the cysts and slowly replicates. A pregnant mother is able to transfer the infection to the fetus throughout the whole pregnancy period. According to various studies, the risk of transmitting the infection in the first few weeks of pregnancy is 20 percent, but the chance to see the morphological abnormalities is 10%, whereas, after 30 weeks of pregnancy, the chance of transmitting infection is 90 percent, but morphological abnormalities actually are not seen (13, 14).

Therefore, considering the importance of Cytomegalovirus, Rubella, and Toxoplasma in the development or exacerbation of abortion conditions, the role of these infections in pregnant women in Bonab County was investigated.

This study is a case-control type. The study population included 100 women at the age of 20 to 40 years with a history of at least 3 consecutive abortions. The karyotypes and anatomical structure were normal in all patients, and any other identifiable cause of abortion was not figured out. Therefore, the abortion in all of the subjects was classified as unexplained recurrent miscarriages. In addition, the age-matched control subjects were 100 healthy women with a history of at least 2 successful pregnancies. All of the women were selected from those referring to the Bonab county medical diagnostic laboratory and informed consent forms were completed by them over a 26-month period (May 2013- July 2015).

All participants in this study were evaluated to determine the etiologic factors of abortion, through conducting infectious, hormonal, and immunological studies. From each individual in control and patient groups, 5cc blood samples were taken and their serum were stored at -20°C until serologic tests for detecting antibodies. Identification of IgG and IgM antibodies against Toxoplasma, Rubella, and Cytomegalovirus was performed directly according to the instructions of specific ELISA kits (Euromium, Germany) by an ELISA reader (ELISA reader Lab System Multi Scan) (Italy) at a wavelength of 490 nm due to light absorption.

Seroprevalence of antibodies against Toxoplasma, Cytomegalovirus, and Rubella infection was statistically analyzed in patients with recurrent miscarriages (case group) and healthy women (control group). For this purpose, the results were analyzed by SPSS version 23. They were expressed as mean and standard deviation for quantitative variables and number and percentage for qualitative values. P < 0.05 was considered statistically significant.

Table 1. Demographic Information of the Case and Control Groupsa,b

Table 2. The Frequency of Rubella, cytomegalovirus, and Toxoplasma and Their Association with Recurrent Abortionsa,b

About 21 to 41% of premature parturitions are due to intrauterine infections (12). The access of microorganisms to the embryo before parturition causes the inflammatory response syndrome of the fetus against producing microbial products leading to premature labor. The consequences are multiple organ dysfunction syndrome (MODS) in the embryo and an increase in the mortality rate of the fetus (9). The results of this study showed that viral and parasitic bodies (Cytomegalovirus, Toxoplasma, and Rubella) are significantly evident and available in the blood serum of women.

Rubella, Cytomegalovirus, and Toxoplasma are known to cause infection in the uterus and are responsible for abortion, stillbirth, premature infant, and congenital anomalies (15). Diagnosis and timely treatment of these infections can prevent the death of infants born from infected mothers (16). Many studies have been done in this regard in Iran. In a case-control study, Ebadi et al. (2011) reported a significant relationship between abortion and infection with Cytomegalovirus (5). In another study conducted on women with fetal loss in Ahwaz (2004), 25.28% had IgG antibodies against Toxoplasma gondii (6).

In a study carried out by Janan et al. (2013) in Rasht, IgM-CMV and IgG-CMV were studied in women with spontaneous abortion. They reported that the high titer of IgM-CMV and IgG-CMV plays the most important role in recurrent pregnancy loss (17). In another study, Ebadi et al. (2011) in Jahrom reported the significant association of prevalence of Rubella with recurrent spontaneous abortion (5). Therefore, our study is compatible with these studies. Non-pregnant women with the healthy immune system in most cases of this disease require no treatment. However, if a pregnant woman is in the acute phase of the disease, she should immediately be treated.

Serological and molecular methods for the detection of Rubella, Cytomegalovirus, and Toxoplasma infection in mother and fetus are two basic pillars and are commonly used in most studies. Wan et al. (1996) showed that ELISA is a suitable method for the diagnosis of congenital Cytomegalovirus infection (18). Typically, IgM antibodies are produced after primary infection, but they also appear after non-primary infections and therefore their identification has no diagnostic value. However, the presence of IgM with the low avidity of IgG is a safe serologic index for primary infection. The study of Dualard et al. (2011) showed that most cases of low IgG avidity were observed in positive IgM cases. The high titer of IgG predicts a low IgM avidity, and these two serological data provide useful clinical information for determining the type of Rubella, Cytomegalovirus, and Toxoplasma infection during pregnancy (19).

Considering that factors such as population density, poor health, and socioeconomic status affect women's immunity to Rubella virus, in different countries, according to the sensitivity of women, vaccination is planned. Comparing these results with studies in other parts of Iran, no significant difference was observed. According to the results obtained in this study, suggestions can be made a follows: accurate serological tests before marriage; accurate serological tests before, during, and after pregnancy; continuous and repeated training for women, especially in villages.

We thank the whole staff of “medical laboratory of Analiz - Bonab” especially Dr. Ebrahim Abdollahi Chaku Sari and Mr. Amir Raoufi, for doing tests and assistance in the successful strategy of this research.

Copyright © 2017, Gene, Cell and Tissue. This is an open-access article distributed under the terms of the Creative Commons Attribution-NonCommercial 4.0 International License (http://creativecommons.org/licenses/by-nc/4.0/) which permits copy and redistribute the material just in noncommercial usages, provided the original work is properly cited.
download pdf 99.56 KB Get Permission (article level) Import into EndNote Import into BibTex
Number of Comments: 0