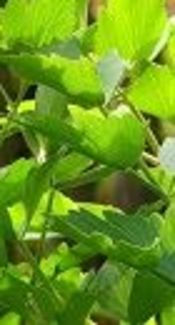 Levisticum officinale contains a variety of components used for its medicinal properties in traditional medicine. The previous studies showed that it had an anti-cancer effect on cell lines. The current study aims to evaluate the cytotoxic potential of Levisticum officinale hydroalcoholic extract (LOHE) on DU-145 and PC-3 human advanced prostate cancer cell lines. The anti-proliferative activity of LOHE was evaluated using the MTT assay. The results of MTT showed that the IC50 of DU-145 and PC-3 were 500 µg/mL and 400 µg/mL of LOHE, respectively, following 24 hours treatment. This study found that the hydroalcoholic extract of Levisticum officinale had beneficial cell death inducing effects on both the PC3 and DU145 human prostate carcinoma cell lines in time- and concentration-dependent fashion. Hence, LOHE may have remarkable potential for uses as new natural anticancer agent.

Prostate cancer (PCa) continues to present substantial health care challenges around the world. Estimates demonstrated that it remains to be the 1st cancer diagnosis in Canadian and American males with incidence rates of 85.6 per 100000 individuals (1). PCa treatment consequences can still be challenging. Based on published reports, PCa treatment might contribute to substantial rates of not only kidney and urinary system disorders but also permanent sexual dysfunction (2). Serum or plasma measurement of prostate-specific antigen (PSA), is generally considered to be the best indicator of Pca diagnosis. PSA is a serine protease synthesized and also released by the epithelium layer of the prostate tissue (3). Although increased levels of serum PSA is a valuable marker for detecting Pca patients, diagnostic verification demands a tissue biopsy, which is an invasive procedure (4). Usual Pca treatments are prostatectomy, radiation therapy, and most recently developed androgen deprivation therapy (5). In addition, most of these treatment strategies are only implicated to the higher stages of PCa and might have undesirable side effects. Nowdays, specific targeting of Pca cells became an alternative approach, which may eventually prevent the development of life-threatening Pca.

Naturally occurring compounds with chemopreventive properties have a vast potential for their use as curative medicine, mostly in cancer therapy. Recently this natural sources compounds has shifted the cancer research fields focus toward themselves. Extensive sorts of compounds are now being used in ongoing cancer therapy investigations (6). Studies also have demonstrated the anti-tumor properties of a vast majority of medicinal herbs, which act by various mechanisms such as induction of DNA repair response (including error- free and error-prone pathways) as well as cell cycle progression/induction of apoptosis (7). Levisticum officinale is considered to be a towering perennial plant of the family Apiaceae (8) with more than 3,000 species discovered. Apiaceae family consists of several species with medicative properties frequently utilized in conventional medicine. A large number of Apiaceae family members contain bioactive compounds in their root, leaves, and other sections of the plant. This secondary metabolites are polyphenols (phenolic and flavonoid subordinates), which is hypothesized to be the main active substance of L. officinale, coumarin as a fragrant organic chemical compound (mostly furano- and pyrano- derivatives), essential fatty acids, and specific alkaloids (9).

Due to its effective spasmolytic and diuretic properties, L. officinale has gained lots of undivided attention while being used as a medicinal plant over the years (10). There is no agreement over distribution of L. officinale. However this herbal plant can be found as native to much of Europe, like southwestern Asia in Sistan and Baluchistan province of Iran (11).

In general, cancer describes as a group of non-benign diseases characterized by unnatural cell proliferatio while gaining the ability to invade alongside and even non-adjacent tissues and finally might lead to the patient death. Therefore, wide range of chemotherapeutic drugs and efficacious synthetic and natural compounds that are presently being used are cytotoxic agents that destroy malignant cells or deteriorate their growth potency. Interestingly, herbal plants with advantageous medicinal premises are recently being investigated as novel anti-tumor agents (12).

The protocol of the present enquiry was approved by the local ethics committee of the Zahedan University of Medical Sciences and Health services.

L. officinale plants were collected from Sistan and Baluchistan provinces of Iran. The taxonomic verification of L. officinale was confirmed by the Biology department of the University of Sistan and Baluchistan. Then, it was dried in a dark place. With the aim to create powderized plant material, the roots of the plant were separated from aerial parts; then, the hydroalcoholic extract of the plant (under Ethanol 70%) was obtained by a Soxhlet extractor that was described previously (13), briefly. The plant was extracted from the alcoholic solvent (300 mL, 5 hours). Next, Whatman No.41 was used for filtering and the alcohol solvent was vaporized completely by use of a centrifugal evaporation. At the end, the solid extracts were thoroughly blended to provide a uniform solution, which was kept at 4°C.

The selected solvent for dissolving solid extract and preparing working solution was Dimethyl sulfoxide (DMSO) (analytical grade) and the concentration of solvent in cell culture medium was less than 2%. The controls also exposed to 2% DMSO and also FBS contained fresh RPMI mediums.

2.3. In Vitro Assay for Cytotoxic Activity

Human prostate carcinoma, PC3 and DU145 cells (National Cell Bank of Iran (NCBI), Tehran, Iran) were cultured in a medium made by RPMI1640 (G. Innovative Biotech Co (INOCLON), Iran), 10% fetal bovine serum (Gibco, Thermofisher, USA), and several antibiotic including; Penicillin-Streptomycin-Amphotericin B Solution (G. Innovative Biotech Co (INOCLON), Iran). After that, the 0.22 µm microbiological filters were used to sterilize completed media and were kept at a refrigerator temperature before use. All cells were maintained in the cultural conditions, which consist of: 5% CO2 humidified atmosphere at 37°C and pH of 7.4. PC3 and DU145 cells were seeded at a concentration of 4500 cells/well in 96-well plates and incubated overnight at a cultural condition to reach 80% of confluency. The inhibitory concentration (IC50) of LOHE for both cell lines was obtained by the Tetrazolium assay (MTT) cytotoxic assay (14). For MTT assay, the cells were exposed to increasing concentrations (100, 200, 300, 400 and 500 µg/mL) of LOHE for 24, 48, and 72 hours following treatment. Then, Tetrazolium dye (5 mg/mL) was added to all treated cells of 96-well microplate and incubated at 37°C for exactly 3 hours (15, 16). The formed dissolve the formazan crystals at this stage were solved by adding 180 µl of Dimethyl sulfoxide (DMSO) to the microplate and were kept in a dark place for 20 minutes. The microtiter plate reader (Stat Fax 2100;Awareness Technology, Los Angeles, CA, USA) was used to read the absorption of formation of the color purple at 570 nm (13). All assays were repeated in at least triplicate. The inhibitory concentration (IC50) was calculated based on the following equation:

IC50, which is the concentration, decreases the absorbance of treated cells by 50% with reference to the control (untreated cells). The IC50 values were obtained from the concentration-response curves and determined by cell death inducing activities of a substance resulted in 50% viability reduction at screening concentrations (17).

Statistical analysis on all data of the current study was conducted using windows version of SPSS software (release 22, SPSS Inc., Chicago, IL, USA). The P value less than 0.05 was considered as statistically significant. Information were presented as mean ± standard deviation (SD). Non parametric version of one way ANOVA test was used to compare the viability of cells among the different groups. L. officinale hydro alcoholic extracts have been reported to have cell death-inducing properties in leukemia cell lines (18, 19), however, no other anti-proliferative properties have been declared. L. officinale have been proved to have principle constituents including polyacetylenes, i.e. falcarinol and falcarindiol (20). Lots of studies have reported the significance of Polyacetylenes of the falcarinol-type to have many concerning bioactivities such as antiplatelet-aggregatory (9), antimycobacterial activity (20), cytotoxic (21), anti-inflammatory (22), and also antitumor activities (23). Hence, we hypothesize that constituents, same as polyacetylenes, might have been responsible for cytotoxic activities in our study. Furthermore, other constituents of the LOHE may have impact on cytotoxicity against cancer cells.

Our investigation showed that the hydroalcoholic extract L. officinale inhibits cell growth in both the PC3 and DU145 human prostate cancer cell lines. The results gathered beneficial knowledge with regard to LOHE, as a potent antineoplastic agent to reduce cell viability and proliferation. Further inquiry is recommended not only to evaluate the cytotoxic properties of LOHE on other tumor cell lines, but to also confirm the cell death inducing effects of this extract by use of molecular methods.

This study was supported by a grant from the cellular and molecular research center (Grant number: 8521) of Zahedan University of Medical Sciences, Zahedan, Iran.

Copyright © 2017, Gene, Cell and Tissue. This is an open-access article distributed under the terms of the Creative Commons Attribution-NonCommercial 4.0 International License (http://creativecommons.org/licenses/by-nc/4.0/) which permits copy and redistribute the material just in noncommercial usages, provided the original work is properly cited
download pdf 383.89 KB Get Permission (article level) Import into EndNote Import into BibTex
Number of Comments: 0