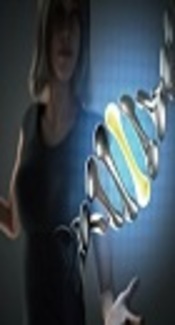 MicroRNAs (miRNAs) play significant roles in several physiological procedures such as embryo implantation. Recently, findings have indicated that aberrant miRNAs gene expression and single nucleotide polymorphism in the gene encoded miRNAs may be contributed to the pathogenesis of recurrent pregnancy loss (RPL). This investigation aimed to examine potential associations between the two precursor miRNA SNPs miR-196a2 T > C and miR-499 A > G and susceptibility to RPL.

We were analyzing a total of 200 subjects, which consisted of 100 women who experienced three or more recurrent miscarriages and 100 healthy women with one child and without historical aberrations. The genotypic frequencies of two SNPs were analyzed by polymerase chain reaction-restriction fragment length polymorphism (PCR-RFLP) technique to assess the association between the presence miRNA gene variant with the risk of RPL.

Our findings proposed that nucleotide changes in miR-499 gene encoding region may be contributed as a genetic predisposition factor to RPL, whereas the miR-196a2 gene variation cannot be a negative effect on pregnancy outcome.

Recurrent pregnancy loss (RPL) was determined as an appearance of more than two sequential gestations that reach the abortion of the embryo, during 20 weeks of pregnancy, affecting nearly 5% of females (1). Many factors such as, uterine irregularity, chromosomal anomalies, endocrine dysfunctions, hematopoietic disease, immunological dysfunctions, lifestyle, and chronic maternal diseases, have been described that correlated to the abortion (2). The previous investigation indicated that two to seven-fold increase prevalence of RPL between the first-degree blood relatives compared to the background community (3). Unexplained RPL is a stressful status of the couple, which assistance effort to overwhelming of the matter (2). It is estimated that approximately 50% of etiology of RPL cases remain unexplained. Therefore, investigations focusing on the genetic material, which can play critical roles in defining the etiologies of spontaneous miscarriages. miRNAs are a different group of short non-coding RNAs, which play crucial functions in all of the organism genomes. miRNAs are species of 20 - 24 nucleotide short RNAs, which negatively regulated gene expression on the post-transcriptional level (2, 3). miRNAs play as a leader molecule in post-transcriptional gene silencing through base pairing with the purpose of mRNAs, which leads to the mRNA cleavage or translation suppression. To-date, investigations have implicated that the vital roles of miRNAs in endometriosis, pre-eclampsia, and infertility (4). The preliminary study was made in gene expression pattern in the endometrium specimens and confirmed that the crucial influence of several miRNAs, such as miR-20a, miR-21, and miR-26a in the manifestation of phenomena (5). In addition, the study of miRNA expression patterns in subjects with male infertile and polycystic ovary syndrome (PCOS) was revealed that the substantially changed let-7a and miR-24 expression levels (6), which could lead to the cell propagation and cell adhesion procedures (7, 8). Some of the miRNA SNPs revealed a contradictory influence on the mature miRNA expression and miRNA processing (9, 10). The preliminary finding revealed interaction position polymorphism of miRs has been correlated with unexplained male infertility (11). The findings suggested that the miRNAs may be required for the natural function of the conceptual process. The earlier investigation has been evaluated as significant potential roles of other miRNAs in the recurrent miscarriage (4). The contradictory of before declaring data and speculated that these molecules may be contributing to the increase of RPL phenomena, we endeavored to examine possible relationships between the miRNA SNPs miR-196a2 T > C and miR-499 A > G gene polymorphisms the risk of RPL in the Tabriz of Iranian population.

In this examination, whole subjects with RPL have preferred the females, which were referred to the Tabriz international hospital from about August 2015 to October 2016 for the evaluation of RPL causes. In the present investigation, we selected 100 cases with RPL, who had no identified reason for RPL. Women with RPL (mean age ± standard deviation (SD), 32.05 ± 2.72 years) had at least 2 spontaneous abortions (mean 4, range 3 - 6) and no history of satisfied productivity. All collected samples had a primary miscarriage, which means having no alive baby. All the subjects were appraised for multiple identified problems of abortions, such as chromosome abnormalities, hormone levels of follicle-stimulating hormone (FSH), luteinizing hormone (LH), antiphospholipid antibodies, lupus anticoagulant, anticardiolipin antibodies, and other dangerous factors reported previously (1, 12). The control group consisting of 100 normal women ((mean age ± SD, 31.31 ± 1.82 years) of the related ethnic population with at least 1 live child and no historical abortions, pre-eclampsia, ectopic gestation, preterm birth, and other deformities. The aforementioned study was confirmed by the ethics review board of Tabriz international hospital and signed informed consents were received from all women.

Genetic variants in the miR-499A > G and miR-196a2T >C were examined in 100 subjects with RPL and 100 control participants. For all of the subject, we obtained 3 mL peripheral blood specimens for SNP analysis in case- control groups. Genomic DNA was obtained from collecting blood in the presence of anticoagulant using salting-out protocol, which was described previously by Miller et al., (13). Nucleotide changes were determined by polymerase chain reaction restriction fragment length polymorphism (PCR-RFLP) analysis. The polymorphic fragment was amplified by PCR utilizing a thermal cycler (Eppendorf, Germany) in a 25 µL reaction the solution comprising 50 ng of genomic DNA, 12.5 µL of 2X Master Mix Red (Amplicon, Denmark), and each of primers at a final concentration of 10 pmole. Annealing temperatures were obtained for rs11614913 at 59°C and rs3746444 at 58.5°C. The primer sequence for generating a 149 bp product miR-196a2 (rs11614913) was used (F): 5’-CCC CCT CCC TTC TCC TCC AGA TA-3’ and (R) 5’- CGAAAACCGACTGATGTAACTCCG-3’, to amplify a 146 bp product for miR-499 (rs3746444) used the primer sequence (F): 5’- CAAAGTCCTCACTTCCCTGCCA-3’ and (R): 5’-ATGTTTAACTCCTCTCCACGTGATC-3’ (12). Protocol digestion was performed on the following enzymes and conditions according to the manufacturer’s instructions; MSPI and BclI (Thermo Fisher Scientific company) for miR-196a2 (rs11614913), miR-499 (rs3746444), at 37°C for 16 hours, respectively. The PCR output digested was separated on non-denaturing polyacrylamide gel (12%) and stained with silver nitrate. We validated genotypes frequently by sequencing 10% of the examples through arbitrary selection.

The differences in allele and genotype frequencies between unexplained RPL subjects and control group were matched using the multivariate logistic regression and Chi-square test, respectively. Odds ratios (ORs), and 95% confidence intervals (CIs) were done to evaluate the strength of correlation between genotypes and unexplained RPL. Two-tailed P values < 0.05 were considered statistically significant.

To investigate whether the two SNPs in miR-196a2 T > C and miR-499 A > G endured in East Azerbaijan province of Iran, Tabriz women and whether they contributed to unexplained RPL experience or negative, we studied these SNPs in 100 RPL patients and 100 relevant controls. For overwhelming the influences of disturbing factors, the case and control groups were matched regarding the age and ethnicity. The incidences of genotypes TT, TC, and CC of miR-196a2T > C SNP was showed 14%, 53%, and 33%, respectively, in the case group; whereas, the frequencies of three genotypes in the control group was disclosed 9%, 62%, and 29%, respectively. When the miR-196a2T > C polymorphism evaluates, the frequencies were different between unexplained RPL females and controls, while the differences were not statistically significant (P = 0.359).

The RPL causes remained approximately more than 50% unknown. There are several possible mechanisms that display why miRNA polymorphisms may be linked to abortion (14). The purpose of the present investigation was to appraise the likely roles of miR-196a2 T > C and miR-499 A > G gene polymorphisms in the etiology of unexplained RPL. miRNA polymorphism may change receptivity of the endometrium and influence implantation failure, which leads to the repeated abortion. Of note, receptivity, endometrial stroma is one of the critical levels for trophoblast invasion and placenta progress through a successful pregnancy. Two of pre-miRNA SNPs (miR-196a2 T > C and miR-499 A > G) have been notified the positive relationships with different types of carcinoma, then, they may have a significant impact on RPL through cell proliferation (15-17). The unusual cell proliferation may be changing the condition of the endometrium in RPL sufferers. Preliminary data confirms the role of abnormal cell propagation in RPL, which was enhanced the risk of miscarriage and associated with polymorphism of the cell cycle-related genes (18). Our findings did not reveal different important frequencies of the miR-196a2 CC between case and control groups. Contradictory to our results, Jeon et al., reported significantly different frequencies of the miR-196a2 CC in the patients compared to control group (12). Similarity, Parveen et al., assessed the potential of the risk of miR-196a2 polymorphism between women suffering from of unexplained RPL and normal group in the North Indian women, which was disclosed as an increased risk in allelic level in miR-196a2 T > C of RPL (19). In addition, Jeon et al., adjusted this nucleotide variation in the aborted embryones, and the findings showed the significantly different frequency of the miR-196a2 CC genotypes compared with control subjects (4). Previous findings proposed a significant role of the miRNA in the cell proliferation and differentiation in spontaneous miscarriage. The preliminary examination has been revealed that increased levels of miR-196a2 influences mRNA expression of the HOX family of genes and Akt signaling (20), which are correlated to the endometriosis (21), and miscarriages (4). Moreover, the critical role of HOX genes has been correlated in the implantation procedure (20). HOXB8 is a target of the miR-196a2 (7), which play critical roles in myeloid differentiation and limb development (22). The target of miR-499 is SOX6, as a transcriptional repressor (23), which suppresses the expression of fibroblast growth factor (FGF) (24). FGF-3 performs a role in the cell proliferation and differentiation in developing embryonic tissues (25). Previous evidence confirmed the relationship between the miR-499A > G polymorphism and breast carcinoma (16). According to what was discussed above, the targets of miR-196a2 and miR-499 are similarly correlated with the cellular proliferation and differentiation. Furthermore, miRNA polymorphisms possibly influenced the expression model of mature miRNAs procedure. Importantly, similar to the miR-196a2, we did not find a positive significant association between miR499 polymorphism the increased risk of RPL compared to control group. A similarity to our findings, Parveen et al., recorded that miR-499 A > G gene polymorphism considerably significantly elevated risk in the patients with RPL compared to the controls (19). In addition, Jeon et al., was ascertained the combination of miR-196a2CC and miR-499AG + GG synergistic effects to RPL (12). In approving our data, other investigation disclosed positive association between gene polymorphism and RPL risk (12). In addition, Jeon et al. proclaimed that the genotype frequency was different between chromosome abnormality in spontaneous aborted fetuses and controls, while the differences were not statistically significant (12). In general, our investigation revealed that the miR-196a2 gene polymorphism did not increase RPL susceptibility, whereas miR-499 gene polymorphism has shown association with RPL. These findings disclosed that contribution of the miR-196a2T > C and miR-499A > G polymorphisms to RPL risk is challengeable. However, further studies are required to clarify the positive or negative associations between the miRNA polymorphisms and RPL women in diverse ethnic populations.

We are grateful for all the patients who contribute to the present work.

Copyright © 2018, Gene, Cell and Tissue. This is an open-access article distributed under the terms of the Creative Commons Attribution-NonCommercial 4.0 International License (http://creativecommons.org/licenses/by-nc/4.0/) which permits copy and redistribute the material just in noncommercial usages, provided the original work is properly cited
download pdf 112.48 KB Get Permission (article level) Import into EndNote Import into BibTex
Number of Comments: 0