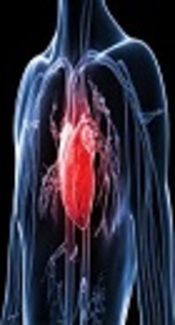 Activating the calcium-sensing receptor (CaSR), which regulates extracellular calcium, has been suggested to possibly decrease renin expression, thus playing a role in regulating the blood pressure via the renin-angiotensin-aldosterone system.

Considering this hypothesis, the aim of this study was to find the relationship between the gain-of-function variation of the CaSR gene, R990G (A < G), and coronary heart disease (CHD) risk factors and complications.

The study sample consisted of 121 CHD patients and 105 healthy people from Turkish population. R990G function-gain mutation of the CaSR gene was analyzed by the real-time PCR method.

The AA genotype of CaSR R990G variation was associated with higher LDL-C, SBP, DBP and lower HDL-C in the CHD group compared to controls (P < 0.001). The comparison by gender in the CHD group revealed increased systolic blood pressure in women with common AA genotype as compared to men (P = 0.008) whereas in the control group, higher HDL-C and lower serum LDL-C (P < 0.001 and 0.031, respectively) were observed in women with AA versus men with AA. Higher blood pressure levels in women were not sustained in G allele carriers compared to men with G allele (P > 0.05).

The common AA genotype of CaSR R990G was found to be related to hypertension in CHD patients while showing a higher association with hypertension, especially in women. We also suggest that the CaSR R990G AA genotype may have diverse effects on serum lipids and that the genetic effect could differ by gender.

The calcium-sensing receptor (CaSR), a member of the G-protein coupled receptor family, participates in extracellular calcium homeostasis via several mechanisms by inhibiting the secretion of parathyroid hormone (PTH) from the parathyroid glands, reducing renal tubular calcium reabsorption and stimulating the secretion of calcitonin from C cells of the thyroid gland (1). In addition to its expression in these calcium-regulating tissues, CaSR was also found to be expressed in aortic endothelial cells (2), vascular smooth muscle cells (3), cardiomyocytes (4), and juxtaglomerular cells (5), denoting a possible role in the cardiovascular system. Extracellular calcium has also been implicated in blood pressure regulation as various studies indicate the vasodilatory effects of extracellular calcium reviewed by Smajilovic and Tfelt-Hansen (6).

In recent years, CaSR has been found to regulate blood pressure through affecting the release of renin, a component of the renin-angiotensin-aldosterone system (5, 7). The activation of the CaSR in juxtaglomerular cells yields a decline in intracellular cAMP formation by inhibiting adenylyl cyclase activity, therefore, lowering renin release (5). The acute activation of the CaSR by calcimimetics was also shown to inhibit the plasma renin activity independently of PTH in vivo (8). Beside the cAMP-dependent pathway, the MEK1-ERK1/2 and PLC pathways were demonstrated in aortic smooth muscle cells by agonist-induced activation of the CaSR, which stimulates cell proliferation and survival (9). Moreover, the expression of CaSR in vascular endothelial and vascular smooth muscle cells has been linked to nitric oxide-mediated vasodilatation (2). The loss of CaSR function or a decrease in its expression has also been associated with vascular calcification in vascular smooth muscle cells (10). In addition, the calcimimetic agent R568, an allosteric activator of the CaSR, has been shown to inhibit calcification in primary human aortic smooth muscle cells culture by modulating CaSR expression, suggesting the CaSR may play a protective role against vascular calcification (11).

As an increasing number of researchers emphasize the potential role of CaSR in blood pressure regulation and cardiovascular system, the impact of polymorphisms of the CaSR gene on the development of CHD has yet to be elucidated. Therefore, in this study, we aimed to investigate the association between CHD and R990G gain-of-function polymorphism of CaSR gene possibly through the modulatory effect of CaSR on hypertension.

In this study, the CaSR R990G polymorphism was investigated on two groups comprising 121 subjects diagnosed with CHD who were admitted to the Department of Cardiology and 110 healthy controls. Participants with no family history of ischemic heart disease and no signs of hypertension, diabetes mellitus, renal failure, and dyslipidemia were selected to form the control group. The presence of CHD was determined according to previous medical history, present symptoms of angina pectoris, and electrocardiogram (ECG) changes. Angiographic inclusion criteria were ≥ 50% stenosis of at least one major coronary vessel because of atherosclerosis, or a vascular event, defined as myocardial infarction, percutaneous transluminal coronary angioplasty, or coronary artery by-pass grafting.

The study protocol was approved by the Ethics Committee of the Istanbul University, Istanbul Faculty of Medicine, and was in accordance with the Declaration of Helsinki.

3.2. DNA Extraction and Genotyping by Real-Time-PCR

Genomic DNA was extracted from peripheral blood stored in EDTA tubes by using a spin column kit (Roche Diagnostics, GmbH, Mannheim, Germany). According to the kit protocol, 200 μL blood samples were incubated with Proteinase K (for 10 min at 70°C) in the presence of guanidine-HCl. Thereafter, 100 μL isopropanol was added, and the mixture was applied to a high pure filter tube. bound DNA was purified in a series of rapid “wash-and-spin” steps to remove contaminating cellular components. The presence of DNA was confirmed by electrophoresing on an agarose gel containing ethidium bromide and checked under UV light.

Blood samples were drawn into plain tubes after the participants had fasted overnight. The samples were centrifuged for 10 min at 1500xg at room temperature and the serum was immediately removed and frozen at -20°C. Serum total-cholesterol (total-C), HDL-C, and TG levels were measured enzymatically. LDL-C concentrations were calculated by using the Friedewald formula.

Statistical data were analyzed with SPSS version 20.0 software for Windows (SPSS Inc., Chicago, IL, USA). Comparisons of quantitative data between groups were made using student’s t-test. Qualitative data such as genotype and allele comparisons and compatibility for the Hardy-Weinberg equilibrium were analyzed by the chi-square test. The odds ratio and 95% confidence interval were calculated to determine relative risks between study groups. Allele frequencies were estimated by the gene counting method. The genotype frequencies also were compared in cases and controls using allelic and dominant models. Since there was only a single homozygous variant sample, we did not build a recessive model. P values below 0.05 were considered statistically significant.

Table 1. Distribution of CaSR Genotypes and Allele Frequencies in the Study Groupsa

a Values are given as the number of subjects (n) and percentage (%).

4.2. Clinical Features of the Study Groups

Among subjects in the CHD group, 48% were hypertensive and 38% were hypercholesterolemic. Compared to the control group, lower HDL-C, higher TC and LDL-C levels, higher SBP and DBP, family history of CHD and cigarette use were observed in the CHD group with a significant difference (all P values were < 0.001, except for TC in which P < 0.05 (P = 0.039)) (Table 2).

Table 2. Characteristics of the Study Groups

Table 3. Characteristics of the Study Groups by Gendera

Moreover, a comparison between control and patient groups to assess the impact of CaSR R990G SNP demonstrated that G allele was related to lower DBP in the control group in comparison with patients (P = 0.041) whereas the AA genotype was associated with higher HDL-C and lower LDL-C, SBP, and DBP levels in controls than in the CHD group (all P-value < 0.001), as depicted in Table 4.

Table 4. The Impact of the CaSR R990G SNP on Metabolic Parameters Compared Between Groups

Table 5. The Interaction Between Metabolic Parameters and CaSR R990G Genotypes by Gender in the CHD Groupa,b

Table 6. The Effect of the CaSR R990G AA Genotype by Gender on Metabolic Parameters in the Control Group

Calcium-sensing receptor (CaSR) is deemed to be one the candidate genes for cardiovascular diseases through its influence on the renin-angiotensin-aldosterone system. Marz et al. (12), declared that A986S, a polymorphism causing a relatively loss-of-function on the CaSR, was associated with CHD, myocardial infarction, and cardiovascular mortality. Jung et al. (13), found that three intronic variants of CaSR gene rs6438712, rs4678172, and rs937626, were associated with higher SBP (P < 0.005) in African-Americans suggesting that the elevated Na retention by increased Na+:K+:2Cl– co-transporter (NKCC2) activity is presumably caused by loss-of-function CaSR variations while mentioning these results did not pertain to studies of Caucasians with familial hypocalciuric hypercalcemia (FHH) caused by loss-of-function mutations probably due to differences between NKCC2 activity by race/ethnicity. Schepelmann et al. (14), observed impaired vasoconstriction, reduced heart rate, and systemic hypotension, especially lower DBP, in mice with knockout CaSR gene pointing out a possible role for CaSR in the cardiovascular system.

The R990G polymorphism has been studied in various diseases such as primary hyperparathyroidism, primary hypercalciuria, chronic renal diseases, cardiac valve calcification, calcium kidney stone formation, colorectal neoplasia, prostate cancer, hypertriglyceridemia, and obesity (15-20). An investigation by He et al. (21), recruited 972 Chinese subjects with hypertriglyceridemia and 1197 normotriglyceridemic controls showing that the interaction between R990G SNP and BMI was associated with higher triglyceride levels (P < 0.001) as the frequencies of GG genotype and G allele were found higher in hypertriglyceridemic patients than in controls (P < 0.001). Our results were consistent with their findings in terms of the effects of the G allele on lipids and BMI since we also found that G allele was associated with higher serum triglyceride levels (P = 0.003) in the CHD group; also, in the female subgroup, G allele was related to increased BMI (P < 0.010) compared to men.

Previous reports have suggested that the CaSR activation will increase the inhibition of renin, thus decreasing the risk of hypertensive manifestations (5, 7). Therefore, we can deduce that when the CaSR is not activated, the inhibition on renin will be abolished and the risk of hypertension may rise. Consistent with this literature information, our findings elicit that the common AA genotype in CHD patients (who are without the gain-of-function polymorphism R990G) is related to the higher blood pressure (P < 0.001). We observed that the association between the AA genotype and elevated blood pressures in CHD patients manifested in women. We assume this may arise from gender- related hormonal influences.

A study carried out by Breum-Jacobsen et al. (22), with 50 FHH patients revealed that FHH, which resulted from loss-of-function of CaSR, had an association with lower blood pressure values in female patients compared to female controls (P < 0.05) although these effects were not inclusive to men and without gender difference. They informed that contrary to men, the inactivating variant may have a protective effect against cardiovascular diseases by lowering the DBP in women with FHH. Our reports also revealed the sex-related impact of CaSR R990G SNP in women.

In conclusion, our results indicate that the AA genotype of the CaSR R990G polymorphism may be associated with increased blood pressures and atherogenic lipid metabolism in CHD patients. This impact on blood pressures in the CHD group was particularly noted in women. For further confirmation, studies with a larger sample size are needed.

Copyright © 2018, Gene, Cell and Tissue. This is an open-access article distributed under the terms of the Creative Commons Attribution-NonCommercial 4.0 International License (http://creativecommons.org/licenses/by-nc/4.0/) which permits copy and redistribute the material just in noncommercial usages, provided the original work is properly cited
download pdf 128.60 KB Abstract XML Get Permission (article level) Import into EndNote Import into BibTex
Number of Comments: 0