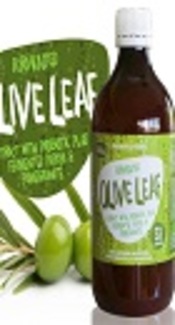 During the last decade some studies have focused on the important role of phenolic compounds from dietary plants in prevention and management of neurodegenerative disorders such as Alzheimer’s disease (AD) and Parkinson’s disease (PD).

The role of oxidative stress in development of AD and PD is well established (1) and medicinal herbs with phenolic compound have antioxidant properties are studied as disease-modifying strategies in neurodegenerative diseases. It is proposed that pretreatment with antioxidants can delay neuronal death. Olive products are full of phenolic compound and the main phenolic constitutes in olive leaf extract (OLE) are oleuropein and hydroxytyrosol (HT), which are the responsible for the therapeutic effects (2).

OLE has shown antioxidant, anti- inflammatory, and neuroprotective properties. It converts the hydrogen peroxide (H2O2) to H2O and inhibits H2O2 accumulation and leads to cell protection, which could be of interest as a potential treatment of some neurodegenerative disease such as AD and PD (3).

Hippocampal CA1 region and dopaminergic neurons in the substantia nigra are the most vulnerable regions against oxidative stress, which respectively damage in AD and PD (4).

AD is the first common neurodegenerative disease, which is characterized by aggregation of amyloid-β peptide (Aβ) and intracellular neurofibrillary tangles, which leads to oxidative stress, mitochondrial dysfunction, and pathological cascades of events that cause cell death. Aggregation of Aβ also leads to oxidative stress and mitochondrial dysfunction (5).

It has shown that oleuropein and HT increased clearance Aβ and inhibits Tau aggregation in AD. Therapeutic role of olive leaf extract derivatives, as neuroprotective compounds has also been confirmed in vitro in AD models (6).

Oxidative stress leads to peroxidation of the mitochondria-specific lipid cardiolipin, which induces release of cytochrome c to the cytosol and apoptosis (9).

The finding of our recent study confirmed that OLE preserved neuronal cells against Parkinson- like disease in male rats. Our results confirmed that OLE, by quenching the hydroxyl radicals, decreased lipid peroxidation and enhanced antioxidant enzyme activity in the substantia nigra of mid brain, which protects neurons from harmful effects of oxidative stress (10).

On the other hand OLE inhibited efflux of lactate dehydrogenase, which is a marker of neuronal damage, and protects neuronal cells against hypoxia-reoxygenation in rat brain slices. This finding did not report with N-acetylcysteine and vitamin E (11). Another study reported that OLE, with antioxidant properties, reduced free radicals in the skin of aged mouse and accelerated wound healing (12). In another research, we reported that OLE increased the level of GPX, SOD, CAT, and decreased MDA level in midbrain of and preserves dopaminergic cells in aged rats (13).

It has been described that HT protects neurons against oxidative stress in a Huntington disease model on rats. The obtained results revealed that HT increase antioxidant enzyme and decrease lipid peroxidation in the brain (14).

In conclusion, it seems OLE, with antioxidant effects, has a good potential therapeutic effect for prevention of neurodegenerative diseases; however, further research in humans is needed.

Copyright © 2018, Gene, Cell and Tissue. This is an open-access article distributed under the terms of the Creative Commons Attribution-NonCommercial 4.0 International License (http://creativecommons.org/licenses/by-nc/4.0/) which permits copy and redistribute the material just in noncommercial usages, provided the original work is properly cited
2018-09-18 03:00:04
I am a 59-year-old woman. My Parkinson’s disease appeared at the age of 57. My symptoms, at the beginning, were fine tremors and rigidity with joint stiffness. My neurologist prescribed entacapone with levodopa, carbidopa, and pramipexole. I opted not to go on prescription medicines but decided on using herbs instead, October 18, 2017 after being on the herbs you recommended, i had a total recovery from Parkinson’s disease with this natural herbal formula treatment. The tremors, Shaking, Joint Stiffness has subsided. When I stumbled upon you guys, it was just pure instinct.perfecthealthherbalfoundation@ gmail.com And from that day on it has been one of the best decisions I’ve made in my life. The caring that goes into explaining what herbs work for whatever ails me is astounding. In today’s world where so many are after a quick buck, selling without care, perfect health Herbal foundation’s staffs amplifies the difference. I’m a believer in karma, and for generations to come, this is a herbal store that will be leaving it’s footprint in this world.

2019-06-24 22:32:10
I learnt about RICH HERBS FOUNDATION (ww w. richherbsfoundation. c om) and their successful Parkinson Disease Formula treatment protocol a year ago. Since my Parkinson disease diagnosis over 4 years ago, I have tried several medications and supplements, nothing gave me good relief till I started on the RHF Parkinson Disease Formula protocol. Its been 7 months since I completed the treatment, all my symptoms including tremors, speech problems and other symptoms stopped

2018-08-13 15:11:34
The love of my life for the last 17 years was diagnosed with Parkinson's disease nearly 4 years ago, at age 52. He had a stooped posture, tremors, muscle stiffness, horrible driving skills, and slow movement. He was placed on Sinemet 50/200 at night for 7 months and then Sifrol and rotigotine were introduced which replaced the Sinemet but he had to stop due to side effects. He started having hallucinations, lost touch with reality. Suspecting it was the medications I took him off the Siferol (with the doctor's knowledge) In March this year his primary physician suggested we started him on Natural Herbal Gardens Parkinson’s Herbal formula which eased his anxiety a bit, i’m happy to report this PD herbal treatment worked very effectively. His Parkinson’s is totally under control, he had a total decline in symptoms, the tremors, shaking, stiffness, slow movement and speech problems stopped. Visit Natural Herbal Gardens official web page ww w. naturalherbalgardens. c om. My family are amazed at the change and rapid improvement. PD is not a death Sentence, DON’T GIVE UP HOPE!!!

2019-09-26 10:39:24
I am 65 years old, I was diagnosed of Parkinsons disease at the age of 59. I had severe calf pain, muscle pain, slurred speech, frequent falls, loss of balance, difficulty getting up from sitting position. I was placed on Sinemet 3 times daily, it helped me but not very much. My neurologist advised me to try natural treatments and introduced me to Rich Herbal Garden Parkinsons Disease Herbal formula, I read alot of positive reviews from other patients who used the treatment and i immediately started on the treatment. I had great improvement and relief with this treatment, total decline of symptoms. Great improvement with speech, co-ordination, balance, muscle, mood etc, I gained back my life with this treatment and can never be thankful enough. Visit Rich Herbal Garden official website w ww .Richherbalgardens .c om