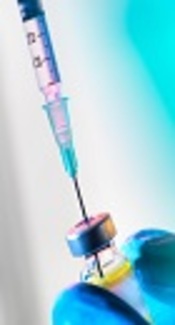 Can Fusion Proteins Be Considered a New Candidate for Tuberculosis Vaccine?

Tuberculosis (TB) is one of the most important infectious diseases and the second leading cause of death by infectious agents after human immunodeficiency virus (HIV) (1). In 1982, all physicians in the worldwide believed that the disease would be controlled by the year 2000 and its discussion would be limited to case reports and medical literature, but this attitude lasted only for ten years where in 1993, TB was declared a global emergency by the World Health Organization (WHO) (2). Nowadays, with regard to the HIV epidemic growth around the world, as well as the emergence of multidrug-resistant TB (MDR-TB) and extensively drug-resistant tuberculosis (XDR-TB) strains, the eradication of tuberculosis is thought to be almost impossible (1, 2). According to the World Health Organization (WHO) in 2015, about 2 billion people worldwide are infected with Mycobacterium tuberculosis bacilli although they do not show any symptoms. In addition, 10.4 million new cases and 1.4 million TB-related deaths are estimated (1).

The most important principle in vaccine design is the correct recognition of immunogenic antigen and its presentation to the target system. In this context, adjuvants are very useful because they enhance antigen uptake and presentation of antigen-derived peptides by major histocompatibility complex (MHC) class II on antigen-presenting cells (APCs). Based on clinical studies, it is suggested selecting the early antigens of M. tb during the proliferative phase and the latent phase (4, 5). The most important early antigens include ESAT-6 (6-kDa early-secreted antigen target), CFP-10 (10-kDa culture filtrate protein), peptide 190 - 198 of MPT64, and Ag85B. In addition, HspX protein (16-kDa α-crystallin) and DosR (dormancy survival regulon) are the most important and effective antigens of M. tb during the latent phase of the infection, which can induce proper immune responses in animal and human hosts (6, 7).

The immune system is based on two major classes: innate and acquired immunity. An effective immune response is the consequence of the interaction between these two classes. In addition, the acquired immunity consists of humoral and cell-mediated immunity, and the synergy between them is essential for events like affinity maturation, antibody class switching, memory cells formation, IFN-γ production, T follicular helper (Tfh) cells formation, etc. (8). In this regard, it has been suggested that protein fusion containing primary and latent phase antigens attach to the FC region of immunoglobulin G (IgG), which can lead to the longevity of antigen-presenting, facilitation of antigen uptake by APCs (dendritic cells, macrophages, and B lymphocytes), enhanced possibility of cross-priming by dendritic cell (DC), increased solubility of antigens, stability and antigen protection from hydrolysis, correct folding of the antigens (due to the flexible hinge region), easy detection by staphylococcal protein A or polyhistidine-tag (6xHis tag), and easy purification of fusion protein (9, 10).

Typically, antigen-derived peptides are expressed by MHC II on DCs, which can stimulate TH1, activate macrophages containing M. tb by IFN-γ production, and eventually eliminate bacteria within the phagolysosome by producing nitric oxide. Moreover, after antigen uptake during cross-priming by DC and antigen processing, antigen-derived peptides are presented to Cytotoxic T lymphocytes (CTLs) by MHC I, ultimately activating CTLs and eliminating the reservoirs of infection (10).

The important steps in fusion protein expression are choosing a suitable cloning vector, Codon optimization, and selecting an appropriate host. According to the literature, pUC57 is one of the best vectors, which contains multiple sites for restriction enzymes and it can carry a DNA fragment up to 300,000 nucleotides long. In addition, Pichia pastoris is one of the best systems for the expression of synthetic peptides compared to similar organisms because of its high growth rate, high proliferation capacity on the routine laboratory media, glycosylation, and post-translational modifications.

The fusion peptides have been evaluated as one of the most important tuberculosis vaccines. There are 15 candidate vaccines (construction synthetic fusion peptide), which are being evaluated in clinical trials. Of these, H56 and ID93 that lead to an efficient immune response are of BCG vaccine boosters. These candidate vaccines are in phase I of clinical trials while Ag85B and ESAT-6 fusion peptide have entered phase IIa of clinical trials (11). According to the satisfactory results of studies on eukaryotic cell categories, animal models (such as mice, guinea pigs, goats, and monkeys), and clinical trials, there is a strong hope that the synthetic fusion proteins will be developed by the researchers and change to M. tb vaccines with higher potentials in comparison with the present vaccine, Mycobacterium bovis Bacille Calmette-Guérin (BCG vaccine) (6, 11-13).

So far, multiple vaccines consisting of fusion protein constructs containing M. tb antigens have been synthesized and used in numerous laboratory animal studies and clinical trials, leading to satisfactory results (12, 14, 15). Currently, fusion proteins are widely used in such studies, and there is almost a general belief in the acceptance of synthetic peptides as a vaccine for tuberculosis (TB). However, this strategy requires more evolution in clinical trials for final approval (16).

Copyright © 2018, Gene, Cell and Tissue. This is an open-access article distributed under the terms of the Creative Commons Attribution-NonCommercial 4.0 International License (http://creativecommons.org/licenses/by-nc/4.0/) which permits copy and redistribute the material just in noncommercial usages, provided the original work is properly cited.
download pdf 84.76 KB Get Permission (article level) Import into EndNote Import into BibTex
Number of Comments: 0