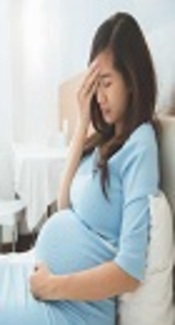 The Role of Hypoxia in Normal Pregnancy and Pregnancy Complications

Hypoxia is a critical part of normal placentation characterized by pO2 < 20 mmHg in the placenta during the 8th to 10th weeks of pregnancy (1, 2).

Invasion of extravillous trophoblast cells (EVTs) to uterine spiral arteries creates the physiologic hypoxia by preventing maternal blood flow into the intervillous space. Decreased oxygen tension in the placenta is essential for the regulation of trophoblastic invasion, proliferation and differentiation, placental angiogenesis, and embryonic organogenesis (1-3).

The mechanism of the regulation and the role of hypoxia in the successful development of the placenta are not clear (1, 3, 4).

When the maternal blood fills the intervillous space after the 12th week of gestation, placental pO2 increases to 40 mmHg. This increase is required for the maturation of differentiated EVTs (1-3).

Hypoxia-inducible factor 1-alpha (HIF1-α) is a key regulator for the adaption of the placenta to changes in oxygen pressure and specially EVTs differentiation. Normal developments of the placenta and fetus are depended on the HIF1-α modulation and cellular defense against oxidative stress (2, 4). The expression of HIf-1 and TGFb3 molecules is high in early pregnancy before the 10th week, while after that, it falls when placental pO2 levels are believed to increase. In fact, the oxygen-regulated early events of trophoblast differentiation are in part mediated by TGFb3 through HIF-1 transcription factors (5).

Any change in the occurrence or duration of physiologic hypoxia could result in pregnancy complications. Some possible mechanisms are the loss of differentiating stimulator (physiologic hypoxia) or cellular damage in the presence of the excess reactive oxygen species. It could result in the abnormal depth and extent of invasion by EVTs that are regulated by oxygen tension normally (1, 2, 6).

Placental oxygen level during pregnancy is associated with increased and decreased cytotrophoblast proliferation and differentiation rates to regulate normal placentation. It is shown that several pregnancy complications vary from miscarriage to preeclampsia caused by dysregulation of oxygen pressure in the placenta (1, 2).

In addition, the structural changes of the placenta in some pregnancy complications might be related to hypoxia. We found that in some maternal disorders such as lupus erythematous and smoking that were able to induce non-physiological hypoxia, the development and histological structure of the placenta and differentiation of EVTs could be affected (7-9).

The effect of hypoxia on the differentiation and invasion of EVTs was reported in the several in-vitro studies. However, the molecular mechanism of invasion regulation by the hypoxia is poorly understood that needs more investigation in future research. In addition, until now, there are limited numbers of in-vivo investigations on this topic (1, 2).

However, in-vitro findings of the molecular mechanisms of EVTs invasion may come close to the in-vivo condition; however, placental adaptations that occur physiologically should be considered. On the other hand, it is demonstrated that in-vivo placental oxygen level and duration of different stages of gestation may not be provided in the in-vitro model (2). Therefore, there is a necessity for more focus on this mechanism using other methods and techniques that are able to give us more data about the in-vivo process of trophoblastic differentiation (9).

As some molecular mechanisms of pregnancy complications were investigated in the previous issues of “Gene, Cell, and Tissue” (10), I suggest that immunohistochemistry, real-time PCR, and other advanced techniques (7, 9) can be employed for the identification of the association between hypoxia, placental development, and pregnancy complications in the physiological in-vivo conditions. It could be the subject of future studies in this field.

Copyright © 2018, Gene, Cell and Tissue. This is an open-access article distributed under the terms of the Creative Commons Attribution-NonCommercial 4.0 International License (http://creativecommons.org/licenses/by-nc/4.0/) which permits copy and redistribute the material just in noncommercial usages, provided the original work is properly cited
download pdf 78.04 KB Get Permission (article level) Import into EndNote Import into BibTex
Number of Comments: 0