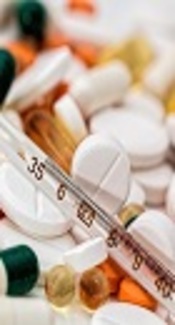 Pseudomonas aeruginosa is a human and plant pathogen. The aim of this study was to investigate the antibacterial effects of ethanol and ethyl acetate extracts of Myrtus communis against antibiotic-resistant P. aeruginosa isolates.

The plant was collected from the plains of Kerman province, and its ethanol and ethyl acetate extracts were prepared using a rotary machine. Pseudomonas aeruginosa strains were isolated from urine and blood samples of patients in Zabol, Iran. Antibiotic resistance pattern was determined by the agar diffusion method. Finally, the minimum inhibitory concentration (MIC) and minimum trace concentration (MTC) were determined by the microdilution method.

The results of this study showed good antimicrobial effects of the plant extracts against antibiotic-resistant P. aeruginosa, which can be used to treat Pseudomonas infections.

Plants and their essential oils and extracts can be potential substitutes for chemical drugs (2). The side effects of these compounds are lower compared to chemical drugs (3). Studies showed that most essential oils produced from plants have insecticidal, antifungal, antiparasitic, antibacterial, antiviral and antioxidant activities (4).

Myrtus communis is an evergreen shrub that is native to the Mediterranean and Asian countries, including Iran. This plant is grown as an ornamental plant due to its evergreen leaves and beautiful flowers. Since the ancient times, essential oil of this plant has been used as an antiseptic (5).

It is used locally as an astringent and for the treatment of respiratory and urinary tract diseases.

The aim of this study was to investigate the antimicrobial effects of the ethanolic and ethyl acetate extracts of M. communis against antibiotic-resistant P. aeruginosa isolates.

The plant was collected from the city of Kerman and dried. To prepare the ethanol and ethyl acetate extracts, 10 g of dried powder was placed inside half-liter erlens containing 100 mL of 96% ethanol (to prepare ethanolic extract). The contents of the erlens were stirred at room temperature for 24 hours by means of a Pars Azma machine (Iran) at 130 rpm, and then filtered with Wattem No. 2 paper. Solvent separation from the extract was carried out by a rotary machine (Heidolph, Germany) and by using a vacuum pump (vacuum distillation). The extract was weighed and then solved in dimethyl sulfoxide (DMSO) solvent. The extract was stored in a refrigerator at 4°C until use for antimicrobial experiments.

Eight strains of P. aeruginosa were isolated from blood and urine specimens of hospitalized patients in Zabol city. For the identification of P. aeruginosa, the G-Catalase-Oxidase staining, the triple sugar iron agar (TSI) and oxidative-fermentative (OF) tests were used and antibiotic resistance patterns were determined using the Kirby-Bauer method (8).

Bacterial strains were obtained from a standard laboratory. The antibacterial activity of the plant extracts was investigated using P. aeruginosa ATCC27853 (Arian Mehr Co. Iran). The bacteria were sub-cultured on nutrient agar and stored at 4°C until required for the study.

3.4. Determining the Sensitivity of Bacteria to Conventional Antibiotics

The susceptibility rates of the eight bacterial strains to azithromycin (AZM), ampicillin (AM), gentamycin (GM), amoxi-clav (AMC), cefazolin (CZ), and amikacin (AN) antibiotics (antibody medicine, Iran) were evaluated using the standard Kirby-Bauer test. To this end, all the bacterial strains were prepared at a concentration of 0.5 McFarland in a Mueller-Hinton broiler medium and cultured on Mueller-Hinton agar. Antibiotic discs were placed at a proper distance from each other. The plates were incubated for 24 h at 37°C and the diameters of the inhibitory halos were measured to determine the resistance and sensitivity of the strains to the antibiotic drugs.

Susceptibility of bacterial isolates to the plant extracts was determined using the serial dilution method. Minimum inhibitory concentration (MIC) and minimum bactericidal concentration (MBC). All tests were performed in Mueller Hinton Broth supplemented with Tween 80 at a final concentration of 0.5% (v/v). Briefly, serial doubling dilutions of the extract were prepared in a 96-well microtiter plate ranged from 6.25 ppm to 100 ppm. To each well, 10 μL of indicator solution (prepared by dissolving a 10 mg extract in 2 mL of DMSO) and 10 μL of Mueller Hinton Broth were added. Finally, 10 μL of bacterial suspension (106 CFU/mL) was added to each well to achieve a concentration of 104 CFU/mL. The plates were wrapped loosely with cling film to ensure that the bacteria did not get dehydrated. The plated were prepared in triplicates, and then they were placed in an incubator at 37ºC for 18 - 24 hours. The color change was then assessed visually. The lowest concentration at which the color change occurred was taken as the MIC value. The average of 3 values was calculated providing the MIC and MBC values for the tested extract. The MIC is defined as the lowest concentration of the extract at which the microorganisms does not demonstrate the visible growth. The microorganisms growth was indicated by turbidity. The MBC was defined as the lowest concentration of the extract at which the incubated microorganisms was completely killed. ELISA test was performed for absorbance study.

Growth was compared in each experiment using repeated measures analysis of variance (ANOVA) in SPSS version 16.0. P value less than 0.01 was considered significant.

Table 3. The Absorption Rate of Each Well in Different Concentrations of the Ethanolic Extract (ppm)

The results of the absorption study by ELISA showed that by increasing optical density, absorption decreased, that is, the rate of turbidity of the bacterial growth was reduced (Tables 4 and 5).

In a study by Saeedi et al., the results showed that the MIC of Myrtus communis L. extract was 5 mg/mL, while the minimum trace concentration (MTC) of the extract was 10 mg/mL (9).

In a study of Bouzabata, the results showed that compositions of M. communis were α-pinene, linalool, and linalyl acetate (14).

Ben Hsouna et al. evaluated the in vitro antibacterial and antifungal properties of the M. communis essential oil. They showed that of the inhibition zones and MICs of the plant’s essential oil were within the ranges of 16 - 28 mm and 0.078 - 2.5 mg/mL, respectively (15).

In a study by Anwar, M. communis essential oil was assessed for its antimicrobial activity, the results demonstrated the antibacterial and antifungal activities of this essential oil against Bacillus subtilis, S. aureus and Candida albicans. The oil moderately reduced the radical diphenylpicryl-hydrazyl (IC50 = 4.2 μL/mL or 4.1 mg/mL) (17).

The study of Pirbalouti revealed that the essential oil of M. communis had strong antibacterial activity against E. rhusiopathiae. The inhibition zones and MIC values for the bacteria that were sensitive to M. communis essential oil were within the ranges of 14.7 - 27.0 mm and 0.031 - 0.25 mg/mL, respectively (19).

Mohageri (21) examined antibiotic susceptibility and resistance of Pseudomonas aeruginosa strains in Kermanshah, Iran. The results showed that resistance was 38% to amikacin, 72% to carbonyl, 50% to ceftazidime, 38% to ciprofloxacin, 52% to gentamicin, 100% to imipenem, 98% to mesosylin, 90% to ticarsillin, and 46% to tobramycin.

Igbalajobi et al. investigated the prevalence of acquired MDR of P. aeruginosa among clinical samples obtained from patients attending Ekiti State University Teaching Hospital, Ado Ekiti, Ekiti State, Nigeria. The results show that 80.95% of the isolates were resistant to ceftriaxone and ceftizoxime, 76.2% to augmentin, 73.8% to ceftazidime, 71.4% to nitrofurantoin, 47.6% to ofloxacin, 45.23% to gentamicin. The lowest resistance was to ciprofloxacin (42.86%) (23).

The results showed that the antimicrobial effects of the extracts were enhanced by increasing concentration.

Copyright © 2019, Gene, Cell and Tissue. This is an open-access article distributed under the terms of the Creative Commons Attribution-NonCommercial 4.0 International License (http://creativecommons.org/licenses/by-nc/4.0/) which permits copy and redistribute the material just in noncommercial usages, provided the original work is properly cited.
download pdf 121.54 KB Peer Review Comments ( 180.13 KB) Get Permission (article level) Import into EndNote Import into BibTex
Number of Comments: 0