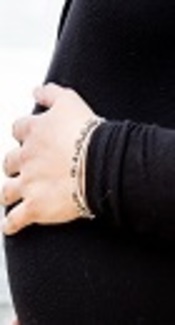 Placenta previa (PP) probably inhibits the development of preeclampsia (PE) during pregnancy (1, 2) and the presence of PE decreases the incidence of PP (2, 3). It could be because of different etiologies and mechanisms of PP against PE (1, 3).

PE is defined as a hypertensive disease during pregnancy that is related to a disorder in the placenta and vascular endothelium (1, 4). PP is the obstruction of the internal os of the cervix by the abnormally implanted placenta (2, 5).

In a study, it was observed that the uteroplacental blood flow decreased significantly in the PE group while there was an increased uteroplacental blood flow in the PP group (3, 6). These changes result from adaptive processes in the abnormally implanted placenta to provide enough and safe perfusion of the placenta. The increased blood flow in PP subjects could be due to the implantation of the placenta in the lower segment of the uterus. The lack of visceral congestion in the lower part of uterine in PP might prevent PE incidence and hypertension during pregnancy (2, 3). In PE, the placenta is implanted superficially and results in insufficient blood flow if combined with a disorder in the vascular endothelium (1, 7).

Extravillous trophoblast cells (EVTs) are responsible for blood circulation supply in the placenta by remodeling of uterine spiral arteries (7, 8). EVTs invade into the uterine wall during the implantation and development of the placenta. This regulated process is very critical during normal pregnancy and its impairment leads to pregnancy complications (8, 9).

EVTs invasion converts spiral arteries to large vessels with reduced resistance that subsequently increases placental perfusion. Therefore, decreased blood flow in the uteroplacental circulation of PE pregnancies compared to normal placentas could be due to the shallow invasion of EVTs, resulting in the conversion of spiral arteries to narrow vessels and superficial implantation of the placenta (6, 9).

In PP pregnancies, deep implantation of placenta leads to sufficient oxygen supply. On the contrary, hypoxia has been reported in PE placentas (2, 3). Superficial implanted placenta and defected vascular endothelium are not likely able to provide enough oxygen required for normal development of placenta (2, 9). Hypoxia has been reported as the main factor for the progression of pregnancy complications (8).

In a normal pregnancy, the immune response of the mother to fetus is regulated conservatively. It has been shown that the maternal immune system is aggravated in PE pregnancies (4). A possible mechanism for the development of PE is the presence of angiogenesis-related factors and mediators of inflammation in the mother’s bloodstream as an immunological reaction, leading to maternal vascular disorders during pregnancy (1, 10).

According to the above-mentioned statements, it can be supposed that because of different mechanisms of PP and PE pathogenesis (3), EVTs invade differently into the decidua and the invasion leads to different development of the placenta in these conditions (8).

Copyright © 2019, Gene, Cell and Tissue. This is an open-access article distributed under the terms of the Creative Commons Attribution-NonCommercial 4.0 International License (http://creativecommons.org/licenses/by-nc/4.0/) which permits copy and redistribute the material just in noncommercial usages, provided the original work is properly cited.
download pdf 74.71 KB Peer Review Comments ( 99.90 KB) Get Permission (article level) Import into EndNote Import into BibTex
Number of Comments: 0