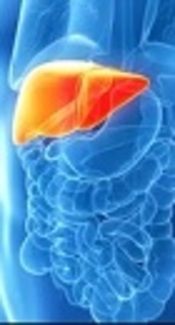 Hepatocellular carcinoma (HCC) is a lethal complication in the human liver. The most important problems with HCC are that the tumor appears in several areas of the liver, it is difficult to diagnose and identify, and there is a possibility of tumor recurrence (1). Therefore, identification of diagnostic biomarkers of HCC and effective therapeutic agents is very necessary.

Kidney, liver, placenta, heart, and skeletal muscle of humans have increased levels of OCT3 mRNA (3). Given that OCT3 is a good carrier for drugs and endogenous factors, any change in the expression and transcription of this protein can lead to diseases.

To begin with, Heise et al. (4) studied the expression of OCT1 and OCT3 in human HCCs. Both OCTs had down-regulation in HCC patients compared to the non-neoplastic tumor surrounding tissue. In Heise et al.’s study, a significant relationship was found between OCTs mRNA expression and tumor stages and worse patient survival.

In a recent study by Tomizawa et al. (5), expression profile of OCT3 in some cell lines was analyzed. OCT3 was expressed in the majority of the 201B7, HLE, HLF, and Hep3B cell lines. In HLF cells, the proliferation and motility of cells were significantly reduced by the expression of OCT3 siRNA. This phenomenon suggests that OCT3 siRNA can be an effective therapeutic agent.

Environmental factors and carcinogens also have a significant relationship with OCTs, which can change the mechanism of tumor progression. Treatment by polycyclic aromatic hydrocarbons (PAH) was associated with expression of OCT3 in HepG2 cells (6).

Decrease of the expression and function of OCT3 in the OCT3-knockout and wildtype mice can be a reason for hepatocarcinogenesis. Induction of liver tumors in OCT3-/- and wildtype mice using diethylnitrosamine and phenobarbital, is easily possible over 10 months (7).

In conclusion, OCT3 could have therapeutic value in HCC, considering the the survival rate of patients.

Copyright © 2019, Gene, Cell and Tissue. This is an open-access article distributed under the terms of the Creative Commons Attribution-NonCommercial 4.0 International License (http://creativecommons.org/licenses/by-nc/4.0/) which permits copy and redistribute the material just in noncommercial usages, provided the original work is properly cited.
COMMENTS