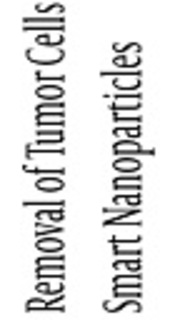 In recent years, despite successful treatment in more than 70% of testicular cancers in children (1) with radiotherapy and chemotherapy, 20% - 30% of them have azoospermia in the puberty or a significant reduction in sperm count (1, 2). This could endanger their quality of life (3). Currently, there are no methods for preserving the fertility of children with testicular cancer before puberty (4, 5) and the use of spermatogonial stem cells (SSCs) can be effective as an approach to sustain the fertility of these children (6).

Fluorescent-activated cell sorting (FACS) or magnetic-activated cell sorting (MACS) have been used to separate cancer cells from normal cells in previous studies (7-10). Cisplatin is a platinum-based chemotherapy drug that it is widely used for the treatment of a variety of cancers such as ovarian cancer and germ cell tumors (11). Despite cisplatin that specifically exerts its function against testicular tumors, unconventional chemotherapy is not effective, and at the same time transfers chemotherapy agents to both normal and tumoral cells (11).

Use of functionalized nanoparticles (NPs) due to their ability to deliver targeted drugs is considered an up-and-coming strategy (12). The NPs are used as delivery medications into doses of chemotherapy drugs or therapeutic genes in the malignant cells; however, it does not affect healthy cells. Internalization of the NPs into cancer cells is longer due to the positive charge. In addition, it increases drug circulation time and leads to hydrophilic levels, which increases drug delivery to cancer cells (13). Poly-lactic-co-glycolic acid (PLGA) is one of the most successful polymers used in drug delivery, and its hydrolysis results in the production of lactic acid and glycolic acid metabolite monomers (13). Therefore, we have used cisplatin-loaded PLGA nanoparticles in comparison to free cisplatin treatment as a new method for the decontamination of tumoral cells from SSCs (13). We used folic acid in this study, which was added to the surface of the NPs that has a large receptor on the tumor cell for targeting. The MTT assay was performed to evaluate the toxicity of NPs and our results showed that no toxicity of blank NPs on SSCs was observed (13).

Another study showed that drug delivery by NPs is more effective than free cisplatin. In this study, drug release was controlled and our results emphasize that drug delivery can be applied as a novel method for the separation of normal cells from tumoral cells. Use of smart NPs will increase the therapeutic effect and will be useful for the elimination of tumoral cells. Moreover, no tumor recurrence was observed after cell suspension transplantation following the treatment by NPs (13). Eslahi et al. described another technique for decontamination of tumoral cells from SSCs by Folate-Silica-Gold Nanorods), their results demonstrated that the cytotoxicity of F-SiGNRs was increased in tumoral cells in comparison to SSCs (15).

The author appreciated Iran University of Medical Sciences to support this study.

Copyright © 2019, Gene, Cell and Tissue. This is an open-access article distributed under the terms of the Creative Commons Attribution-NonCommercial 4.0 International License (http://creativecommons.org/licenses/by-nc/4.0/) which permits copy and redistribute the material just in noncommercial usages, provided the original work is properly cited.
download pdf 76.70 KB Get Permission (article level) Import into EndNote Import into BibTex
Number of Comments: 0