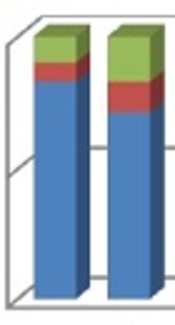 Investigating the Frequency of Klebsiella Infection and Drug Resistance Among Inpatients and Outpatients Referring to Amir Al-Momenin Hospital, Gerash, Iran

Klebsiella is a major human pathogen associated with nosocomial infections. Multi-drug resistant Klebsiella isolates have increased in the last decades and therefore, the use of drug resistance tests seems necessary before prescribing antibiotics.

This study aimed to determine the antibiotic resistance patterns of Klebsiella species recovered from inpatients and outpatients.

This descriptive study was performed on inpatients and outpatients referring to Amir Al-Momenin Hospital, Gerash, Iran, for six months from September 2014 to February 2015. Samples were recovered from different clinical specimens including urine, sputum, wound, blood, and feces. All patients with culture positive for Klebsiella were included and examined for antibiotic resistance using the agar disk diffusion method.

This investigation provided necessary information about the prevalence of infections caused by Klebsiella in Gerash region, which can be used by physicians and health care administrators to monitor and control multiple-drug resistance and plan for empirical treatments effective against infections caused by drug-resistant Klebsiella isolates. The obtained results showed that ciprofloxacin to which Klebsiella had the highest sensitivity was the most effective antibiotic.

Enterobacteriaceae family is the largest heterogeneous set of Gram-negative bacilli in medicine with about 40 identified genera and 150 species. Less than 20 genera are responsible for more than 95% of infections of this family. These bacteria can cause various diseases in humans accounting for 30 to 35% of all septicemias, more than 70% of urinary tract infections, and most of the intestinal infections (1, 2).

During the past decade, due to the importance of Staphylococcus in the creation of nosocomial infections, Gram-negative bacilli have been simultaneously considered in this respect. One of the main problems of small and large hospitals in recent years has been outbreaks caused by these microorganisms. Gram-negative bacteria with positive VP (Voges-Proskauer), including Klebsiella, are known as the normal flora of the intestine and the mouth. They are found as saprophytic bacteria in the digestive tract and respiratory tract of healthy individuals and even newborns (3). It has become clear in recent years that Klebsiella is responsible for many infections in various cases and the relevance of this group of organisms as the cause of acute infection has been established in hospitalized patients.

Klebsiella genus comprises a group of facultative anaerobe, oxidase-negative, non-motile, encapsulated Gram-negative bacilli or coccobacilli, belonging to Enterobacteriaceae family (4, 5). Klebsiella is an opportunistic pathogen that causes septicemia, bacteremia, neonatal enteritis, meningitis, urinary tract infection, and soft tissue infection. Klebsiella is recognized as a human pathogen in the creation of nosocomial infections. Hospitalized patients with impaired immune systems and those with underlying diseases such as diabetes mellitus and chronic respiratory disorders are the main targets of Klebsiella (6, 7).

Based on biochemical characteristics, this genus is categorized into species such as Klebsiellapneumoniae (K. pneumoniae) with subspecies including Pneumonia, Ozaenae, and Rhinoscleromatis, Klebsiella oxytoca, Raoultella Terrigena, Raoultella planticola, and Raoultella ornithinolytica. Klebsiella pneumonia is the most important species among other species. The main reason for the importance of this bacterium is its role in acquired bacterial pneumonia in society, especially in chronic alcoholics (4). Alcoholics and those with reduced lung function are at the high risk of pneumonia since they do not have the ability of oral aspiration of secretions from the lower respiratory tract. Caused by Klebsiella species, pneumonia commonly leads to necrotic destruction of alveolar spaces, the formation of holes, and production of blood-tinged sputum (1, 7).

Since the recognition of organisms known as bacteria, it has always been a challenge for the human to find effective medications against their infections. Bacteria are equipped with effective mechanisms to eliminate the antimicrobial properties of antibiotics (8). Penicillin and cephalosporin are antibiotics that have been widely used as effective agents in preventing bacterial cell wall synthesis. These medications have been known as beta-lactam drugs (9). Some bacteria, such as Staphylococcus aureus, Haemophilus influenza, Klebsiella pneumoniae, Escherichia coli (E. coli), and some of the Enterobacteriaceae bacteria, particularly Pseudomonas, have a potential mechanism for the destruction of the β-lactam cycle of these medicines. This mechanism acts through the β-lactamase enzyme, which is generated as two types of chromosomal β-lactamase (in most Gram-negative bacteria) and plasmodia-mediated β-lactamase (in Staphylococcus aureus).

Klebsiella pneumoniae and, in a lower extent, Klebsiella oxytoca are clinically important species because they are widely colonized in hospitalized patients. Both strains are multi-resistant to cephalosporins and aminoglycosides. Based on reported statistics in Europe, 10 to 20% of Klebsiella oxytoca strains are resistant to aztreonam (10), the third generation of cephalosporins (except for ceftazidime), and β-lactamase inhibitor combinations. Urinary tract infections are the most common type of nosocomial infections accounting for 23% to 43% of the total hospital-acquired infections (11). Klebsiella plays a role in 6 to 17% of urinary tract infections. Moreover, second to E. coli, a Gram-negative bacterium, Klebsiella is the most important cause of urinary tract infections. A Turkish report in 2004 indicated that among 411 examined samples of urinary infections, 41% were related to E. coli and 40% to Klebsiella pneumoniae.

Klebsiella has been also reported as the second cause of bacteremia, after Pseudomonas aeruginosa, in patients with burns. Since 1984, Klebsiella pneumonia has been known as the cause of hospital-acquired infections and the carrier of multiple resistance. These bacteria, due to the acquisition of plasmid encoding extended-spectrum β-lactamases (ESBLs) and aminoglycoside modifying enzymes, have become resistant to several beta-lactams, including extended-spectrum cephalosporins and aminoglycosides. Therefore, the probability of antibiotic treatment of Klebsiella infections is weak (12).

This study was conducted at Amir Al-Momenin Hospital, Gerash, Iran. The study population consisted of 5000 people referring to the hospital laboratory and patients in the emergency, pediatric, and coronary care unit (CCU) wards that were eligible for research from September 2014 to February 2015. The Research Ethics Committee of the Gerash University of Medical Sciences approved this work. All patients gave their written informed consent for participation.

All patients whose Klebsiella culture had a colony count of ≥ 105 CFU/mL were included in the experiment. The collected isolates were sent to the laboratory within 20 minutes and cultured in sterile condition on blood agar and eosin methylene blue (EMB) agar culture media. They were then incubated at 37ºC for 24 to 48 h and the samples with the CFU of ≥ 105 were considered positive for urinary infections. To diagnosis the various types of Klebsiella and the other bacteria of this group, we used subsequent tests, such as urea, sulfide-indole-motility (SIM), Tripe sugar iron (TSI), Simon’s citrate, methyl red, indole, and Voges-Proskauer (VP) tests, for final identification (all culture media purchased from Merck, Germany). After identifying the species of Klebsiella family, microbial suspensions were prepared with a turbidity equivalent to 0.5 McFarland (0.5 mL of barium chloride (1%) + 99.5 mL of sulfuric acid (1%)). Inoculation was then performed with a sterile cotton swab onto a plate containing Mueller-Hinton agar. Next, some 12 disks of trimethoprim/sulfamethoxazole (TMP/SMX) antibiotic, ciprofloxacin, cephalexin, cefixime, ceftriaxone, nalidixic acid, vancomycin, gentamicin, nitrofurantoin, amikacin, ampicillin, and cefixime (Mast Group, Bootle, UK) were placed on each plate (six disks for each plate) in accordance with the CLSI guideline (2015) and the manufacturer protocol (13).

Table 1. Absolute and Relative Frequency Distribution of Total Samples and Positive Cases Based on the Type of Clinical Specimens

According to the antimicrobial susceptibility test, the results of drug resistance to Klebsiella by the agar disk diffusion method are shown in Figure 1.

The results of antibiotic susceptibility among Klebsiella isolates

We examined 5,000 samples in this study, among which there were 60 specimens (1.2%) positive for Klebsiella infections. The results of antimicrobial susceptibility test indicate that ciprofloxacin had the highest effectiveness while vancomycin and amikacin had the lowest effectiveness in the treatment of infections caused by Klebsiella. Urinary tract infections are the most common type of nosocomial infections accounting for 23% - 43% of all hospital-acquired infections. Klebsiella plays a role in 6% - 17% of urinary tract infections, and is the second most important cause of urinary infections among Gram-negative bacteria after E. coli. The increased use of antibiotics and changes in bacterial lineages have led to the increased resistance in bacteria causing infections, including Klebsiella (14). Like other pathogenic bacteria, this bacterium is already resistant or is becoming resistant to most antibiotics. Many studies have been published on this subject. In the study by Mozaffari et al. performed in a hospital covered by the Iran University of Medical Sciences, 62 out of 303 Klebsiella pneumoniae species with multi-drug resistance were isolated from hospitalized patients. A report in Turkey in 2004 showed that among 411 examined specimens, 41 and 40% of urinary infections were related to E. coli and Klebsiella pneumoniae isolates, respectively. Since 1984, Klebsiella pneumonia has been diagnosed as the cause of hospital-acquired infections with multiple resistance.

A study in 2000 was performed on 50 specimens of Klebsiella pneumonia isolated from urinary infections related to inpatients and outpatients to assess the resistance of Klebsiella pneumoniae to commonly used antibiotics for urinary tract infections. The results showed that 64% and 58% of the strains were resistant to ampicillin and co-trimoxazole, respectively. The highest percentage of sensitivity (90%) was to nalidixic acid, followed by chloramphenicol (84%) and nitrofurantoin (76%). Moreover, 66% of the isolates were resistant to ciprofloxacin, which has recently been used as an optional medicine for urinary infections; 70%, 70%, and 76% of the strains were sensitive to gentamicin, kanamycin, and amikacin; 68% of the strains were susceptible to tetracycline and 76% were resistant to cefotaxime (15, 16). Based on the results of Ahangarzadeh Rezaee et al. (17), the highest rates of resistance among Klebsiella pneumoniae isolates was to amoxicillin (98.61%), cotrimoxazole (95.83%), nitrofurantoin (94.44%), ceftazidime (80.55%), and cephalothin (77.77%). A study conducted by Mohajeri et al. indicated that the highest and the lowest resistances were to ampicillin and imipenem, respectively. They also showed that the high prevalence of drug resistance among Klebsiella pneumoniae isolates in Kermanshah was probably the result of unnecessary use of third-generation cephalosporins and dissemination of resistant genes associated with plasmids among isolates (1).

There are some differences between the results of the current study and those of other studies, e.g., in the percentage of sensitivity or resistance, which can be due to the possibility of errors in tests. For assessing the effect of antibiotics on bacteria and determining the sensitive and resistant strains in the laboratory environment, some factors such as the depth and the composition of the culture medium play crucial roles, and may affect the results. For example, the thinness of the culture medium falsely increases antibiotic sensitivity. The difference between the prescribed dose and the consumption dose of antibiotics in different settings can change the susceptibility or resistance of bacteria to a specific type of antibiotic. As another reason for changes in resistance rates can be the lifestyle and the level of observance of hygiene.

Monitoring the drug-resistant patterns and risk factors is very important to prevent the dissemination and drug resistance in K. pneumoniae in hospital settings. In addition to providing necessary information about the prevalence of infections caused by Klebsiella pneumoniae in Gerash, the results of this study could be used by physicians and health administrators to monitor and control multiple-drug resistant K. pneumoniae and establish programs for implementing empirical treatments effective against resistant infections of the bacterium.

The authors would like to extend their gratitude to the medical staff of Gerash Amir Al-Momenin Hospital and all patients who cooperated with us in this study.

Copyright © 2019, Gene, Cell and Tissue. This is an open-access article distributed under the terms of the Creative Commons Attribution-NonCommercial 4.0 International License (http://creativecommons.org/licenses/by-nc/4.0/) which permits copy and redistribute the material just in noncommercial usages, provided the original work is properly cited.
download pdf 381.83 KB Peer Review Comments ( 112.10 KB) Get Permission (article level) Import into EndNote Import into BibTex
Number of Comments: 0