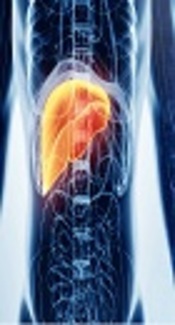 Hepatitis B Virus genotypes influence chronic hepatitis B evolution and show geographic preferences. In Eastern Europe, HBV - D genotype seems to be dominant, still, without enough information regarding the prevalence of its four subtypes. In addition, treatment with Nucleos(t)ide Analogues (NUCs) has lower impact on HBV - D genotype clearance compared to others. This study aimed at presenting the case of a middle age female diagnosed, followed - up and treated for eight years with entecavir 0.5 mg/day, in whom an increase of anti - HBsAb titer was noted over the immunogenicity level and undetectable viremia, despite the continuous presence of HBsAg. This is an uncommon type of evolution, most patients with anti-HBsAb over 10 IU/mL show seroconversion in the “s” system in a few months.

The patient was proved to have D genotype. The DNA analyzes showed escape mutations in the “a” determinant within the S gene, represented by sQ129R, respectively, sI134T, reported by the literature in a small number of C genotype patients. The paradoxical serum profile of the current patient with positive HBsAg, increased titers of anti - HBsAb, and undetectable viral load could be a possible model of evolution for D genotype HBV chronic infected patients treated with NUCs, cohort genetic studies on patients with the same serum profile are required to confirm this pattern of evolution.

According to recently published data reported by the World Health Organization (WHO) in Geneva on 28th of July, 2017, 257 million people are chronic carriers of HBV. The viral prevalence varies considerably over the world (1). Hepatitis B Virus chronic infection represents a global public health concern due to its complications, such as cirrhosis or hepatocellular carcinoma (2). Immunity occurs when the titer of anti - HBsAb increases over 10 IU/mL, is overthrown and neutralizes HBsAg by making immune complexes (3). During common evolution, in not more than few months, the HBsAg clears and immunity against HBV is completely established. The concomitant persistence of HBsAg and anti - HBsAb was reported in previous studies. The pathogenic mechanism of their coexistence remains unclear (4, 5). Hepatitis B Virus genome contains four partially overlapping Open Reading Frames (ORF) and the Major Hydrophilic Region (MHR) contains the “a” determinant of the HBsAg targeted by anti - HBsAb and immune cells during the course of the initial immune response to infection. In Eastern Europe and Mediterranean countries, the most prevalent is genotype D (6). According to literature reports, along with genotype C, genotype D produces a more aggressive course of the disease and brings lower response rates to antiviral therapy (7-10). Literature focused on this issue explains that mutations in the S gene could lead to structural and functional alterations in the HBV reverse transcriptase, with potential influence on viral replication capacity and efficacy of antiviral drugs, the escape mutants eluding the immune system, and explaining the coexistence of HBsAg and anti - HBsAb (11, 12). The aim of this study was to present the case of a 45 - year - old female chronically infected with HBV - D genotype, HBeAg negative, treated with entecavir 0.5 mg/day for eight years, who showed a paradoxical serological profile characterized by concomitant presence of HBsAg and high titers of anti - HBsAb, after eight years of treatment.

A written informed consent was obtained to publish the patient’s medical data, according to the Local Ethical Committee requirements. The patient was a 45 - year - old female, without surgical history, and with a blood transfusion made during natural childbirth. No other acute or chronic known pathology was related. After the positive diagnosis of chronic hepatitis B fixed in 2007, the onset of antiviral therapy with entecavir was started in January 2009. At that time, the serum profile of the patient documented the following results: HBsAg positivity, anti - HBsAb negativity, HBeAg negativity, anti - HBe Ab positivity, anti - HBc IgG Ab positivity, and viral load of 25 × 105 UI/mL. No evidence of D or C viral infections was present. Since then, the patient was followed - up every six months, according to EASL recommendations: Transaminases (ALT/AST), viral markers (quantitative HBsAg and HBsAb, using ECLIA immunoassay), viral load (quantitative DNA - VHB by PCR) alfa - fetoprotein, and abdominal ultrasound. Other supplementary viral markers, such as HBeAg and anti - HBe Ab, were followed annually, in order to detect a possible “e” sero - reversion. The researchers observed a rapid decline of HBV - DNA level at 6 months, the value being around 55 UI/mL, associated with a quantitative level of HBsAg of 4356 UI/mL. The quantitative level of HBsAg showed a plate pattern of evolution, while the viral load became undetectable. After 5 years of evolution, the titer of anti - HBsAb started to increase, from 2 UI/mL to 5 UI/mL, with the same value of quantitative HBsAg and the ‘e’ pattern remaining unchanged. The researchers expected a viral clearance, according to the usual evolution of HBV chronic infection. After 6 months, the serum analysis showed a continuous increase of antibodies titer, and the patient reaching the level usually associated with immunity against B virus. After another six months, the level of anti - HBsAb increased at 50 UI/mL and after three years, this reached the level of 177 UI/mL. Meanwhile, the quantitative titer of HBsAg remained above 3600 UI/mL and “e” system was unchanged (Table 1). The researchers decided to investigate the genetic structure of the patient’s HBV genome.

This research studied the relationship between the variability of the HBV S gene and the paradoxical serological profile of the case. Studies suggest that “a” determinant is responsible for the stability and immunogenicity of HBsAg, and amino acid mutations located in this area are responsible for escape mutants (4). Other studies infirm this hypothesis and affirm that simultaneous appearance of HBsAg and anti - HBsAb could be related to the weak binding of anti - HBsAb to HBsAg, caused by structural and functional alterations in the HBV reverse transcriptase; this having a potential influence on viral replication capacity and efficacy of antiviral drugs (13).

To analyze the genetic spectrum of the patient HBV - DNA, the serum HBV DNA level was measured using the COBAS TaqMan HBV Monitor Test (Roche Diagnostics, Branchburg, NJ), with a lower limit of detection of 20 IU/mL (100 copies/mL). Then, the viral DNA was extracted from 200 μL of serum, using the QIAamp DNA blood mini kit (Qiagen, Germany). The amplification and sequencing of full DNA length was done by the rolling circle amplification (RCA) technique, which amplifies the full - length of HBV genome using eight primers (14). Hepatitis B Virus genotype was determined using the NCBI genotyping tool and phylogenetic analysis.

The DNA analyzes showed mutations in the “a” determinant located at codon positions 129 and 134 within the major hydrophilic region (MHR) of the HBsAg. The mutations were represented by sQ129R and sI134T; amino acid (aa) substitutions being attributed to interfere with host immunogenicity (Table 2).

Epidemiologic data from different geographic areas regarding the co - existence of undetected HBsAg variants in conjunction with positive DNA (PCR detected) in chronic patients or vaccinated children have an increasing pattern (15). Mutations within the S gene are related to occult hepatitis B infections, reactivation of hepatitis B (16, 17), diagnostic assay failure (12, 16) and reinfection in HBV - infected recipients of Orthotopic Liver Transplant (OLT) (18, 19). These issues create concerns and impose a challenge for public health providers because occult HBV infection can spread without any control (20) and transmits both horizontally and vertically (21, 22).

The persistence of HBsAg associated with anti - HBsAb occurs in 10% to 25% of patients with Chronic Hepatitis B (CHB), the underlying mechanism being related to the selection of immune escape mutants (23). The Major Hydrophilic Region (MHR) of the S gene contains the “a” determinant located between amino acids, at positions 122 and 160. The mutations can disrupt the antigenicity of HBsAg in many ways, altering the structure of HBsAg and disrupting the binding of polyclonal antibodies. Mutations in the above region are responsible for modifications of protein physical and chemical properties (23-25). However, not all mutations in the “a” determinant may lead to escape mutants and loss of HBsAg, yet can influence the serum profile of patients (25, 26).

In the current study, mutations represented by sQ129R and sI134T were responsible for HBV mutant escapes. The common escape mutants profile reveals negative HBsAg and positive anti - HBs, yet usually under the level of immunogenicity. What this case brings to attention is that the S mutations occurred during NUCs treatment, transforming the patient virus profile during the follow - up period. The medical team was a witness of the continuous increase of anti - HBsAb titer, which is usually equal to viral clearance, while HBsAg quantitative titer remained unmodified. In addition, the viral load was undetectable during the entire follow - up period. Genetic analysis showed that positive HBsAg and anti - HBsAb profile of HBV have little variation in the S gene if the viral load is high, but greater variability if the viral load was low, leading to selection of escape mutants (23). cccDNA stability and HBV - DNA integration potentially lead to synthesis and secretion of HBsAg into the serum, yet without detectable HBV - DNA. In case of HBV mutants, there are changes in the mainframe helices compared to the loops’ structures. This could be the explanation of the current patient’s genetic pattern. The escape mutants characterized by the above mutations are responsible for the concomitance of HBsAg, undetectable viral load, and high titers of HBsAb. In this particular case, the occurrence of mutations could be related to long - term treatment with NUCs. Nowadays, physicians focused on antiviral treatment against B virus are challenged by more and more resistant cases.

The coexistence of HBsAg and anti - HBsAb is associated with an increase of “a” determinant variability, suggesting a selection of HBV immune escape mutants. This evolution can be a possible consequence of vaccine efficacy, diagnosis methods or long - term NUCs treatment. In this way, the clinical evolution of chronic hepatitis B remains partially unknown. The S gene mutations responsible for escape mutant occurrence are responsible for the paradoxical serum profile of the patient. The increased titer of HBsAg, the presence of anti - HBsAb above the immunogenicity level, and undetectable viral load related to sQ129R and sI134T aa substitutions should be considered a possible model of evolution for chronic hepatitis B. Still, genetic cohort studies made on HBV D genotype in chronic infected patients are required to confirm this pattern of evolution.

Copyright © 2018, Hepatitis Monthly. This is an open-access article distributed under the terms of the Creative Commons Attribution-NonCommercial 4.0 International License (http://creativecommons.org/licenses/by-nc/4.0/) which permits copy and redistribute the material just in noncommercial usages, provided the original work is properly cited.
download pdf 144.55 KB Get Permission (article level) Import into EndNote Import into BibTex
Number of Comments: 0