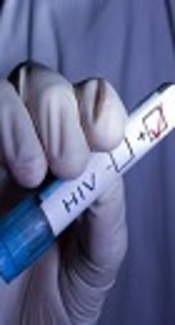 HIV and Hepatitis C (HCV) infections are increasing in Tajikistan. While injection drug use (IDU) is a known risk factor for coinfection, little is known about non-injection drug users (NIDU).

The aim of this study was to identify factors associated with HIV-HCV coinfection and HIV infection alone among IDU and NIDU.

Data from Tajikistan’s national HIV/AIDS registry data for all adults aged 18 years and older who had received a HCV test from 2006 to 2016 were obtained. Chi-square analyses identified factors associated with coinfection and injection drug use.

This study shows that coinfection occurs most frequently among IDU in general, but that NIDU represent an important population deserving of additional study and tailored HIV and HCV prevention programs. Additional research to identify best practices for targeting NIDU and people living in at-risk regions for screening and are required to effectively prevent and then appropriately manage coinfection.

In Central Asia, HCV and HIV coinfection is increasing as it decreases in other parts of the world (1). The ministry of health of Tajikistan reports that HIV cases have increased by more than 25% in the past 10 years, with a 8,892 people living with HIV (PLWH) in 2017 (2). Of people living with HIV, 33% are also infected with HCV, although this proportion may be inaccurate because of infrequent HCV testing (3).

Injection drug use (IDU) is an established risk factor for both HIV and HCV transmission, and users are a key population (4-6). Other key populations are vulnerable to coinfection because they engage in IDU, including prisoners and migrants (7).

Recently, research has focused on non-IDU (NIDU) transmission of HIV and HCV, such as through unprotected sexual intercourse, to complement IDU-focused analysis (8). Commercial sex workers (9), migrants, and prisoners engage in this risky behavior (10). Additionally, transmission can occur from husband to wife through unprotected intercourse if the husband uses drugs, is a migrant, or has a prison history (1). An estimated 39% of HIV cases are transmitted to women through in this way (9).

The Tajikistan National AIDS Program provided data that included all new HIV cases aged 18 or older when entered into the national HIV registry from January 1, 2006 to January 30, 2016 who had also completed a Hepatitis C test (n = 1,849).

The University at Albany institutional review board determined that this study was exempt from review because the study used de-identified secondary data.

Of the 1849 PLWH who received a Hepatitis C test, 36.2% were positive for HCV. Table 1 shows the characteristics of the entire cohort. Roughly half lived in a rural area most (66%) were married, 10.2% were migrants, and most (85.6%) had at least a secondary-level education.

3.2. Factors Associated with Coinfection Among IDU

3.3. Factors Associated with Coinfection Among NIDU

This paper presents the first analysis of a) people coinfected with HCV and HIV compared to HIV alone and b) HIV-HCV coinfection status by IDU status in Tajikistan. Results show that 36.2% were coinfected. This rate is similar to from other global studies including in Canada where half of PLWH were coinfected (11), and in Gabon where 76% were coinfected (12). Coinfection occurred among 74.4% of IDU and 18.5% of NIDU, confirming IDU as an important factor for coinfection (8,11).

Coinfection rates among migrants and past prisoners also differed by IDU status. Migrants were more likely to be coinfected if they were IDU, but not if they were NIDU. It is hypothesized that our results confirm migrants engage in IDU more often than non-migrants (1). Prison history was associated with coinfection among NIDU, but not among IDU, indicating that unprotected sex could be responsible for the coinfection (7). Prisoners are known to engage in unprotected sex with multiple partners. These results suggest that each key population requires its own prevention and intervention plan.

Finally, while no difference in coinfection status was identified by AIDS stage among IDU, coinfection was positively associated with an increase in AIDS stage among NIDU. We hypothesize that this is because of a delay in HIV testing among NIDU, which results in people being older people at diagnosis. While it is essential for IDU be targeted for early and often for HIV and HCV testing, our study findings demonstrate the need for testing among other key populations. Health interventions must be adapted to meet the needs of NIDU to receive HIV testing and services.

This study shows that coinfection occurs most frequently among IDU in general, but that NIDU represent an important population deserving of additional study and tailored HIV and HCV prevention programs. Additional research to identify best practices for targeting NIDU and people living in at-risk regions for screening and are required to effectively prevent and then appropriately manage coinfection.

The authors thank the ministry of health of Tajikistan for their support, with a special thank you to Minister N. Olimzoda, the Republican AIDS Center staff especially Dr. Muloasad, M. Nazarov, and Shahzoda F. Negmatova. The authors also thank global institute for health and human rights interns Bibi Chaterpateah and Izzy Pinheiro for their assistance.

Copyright © 2018, Hepatitis Monthly. This is an open-access article distributed under the terms of the Creative Commons Attribution-NonCommercial 4.0 International License (http://creativecommons.org/licenses/by-nc/4.0/) which permits copy and redistribute the material just in noncommercial usages, provided the original work is properly cited.
download pdf 96.14 KB Get Permission (article level) Import into EndNote Import into BibTex
Number of Comments: 0