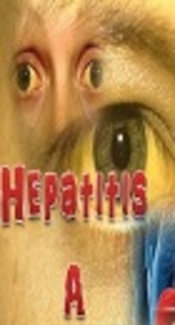 Hepatitis A, From Pain

Seroprevalence of Hepatitis A Virus among Healthy Individuals in Birjand, Eastern Region of Iran

Hepatitis A virus (HAV) is an epidemiological important infectious agent in the world. HAV incidence can be controlled by cognizance of the geographic distribution pattern.

The aim of this study was to evaluate the frequency of HAV infection in Birjand.

A total of 496 healthy individuals (mean age: 39.34 ± 15.47, range: 15 - 70 years, M/F ratio: 0.68) were randomly enrolled in this cross-sectional study. Demographic data were collected and the presence of anti-HAV total antibody was determined by the enzyme linked immunosorbent assay (ELISA).

The result of this study showed a high prevalence of HAV antibody in most people, except for young adults, which can be an alarming sign for a higher rate of complicated HAV infections in the future and needs a proper strategy.

Hepatitis A virus (HAV), a member of the Picornaviridae family (1), is an epidemiological important virus with a worldwide distribution and high incidence in low-income countries (2). HAV can be transmitted via different pathways, such as fecal-oral route and contaminated food and water (3). HAV infection, during childhood, is mostly an asymptomatic benign disease, however, the disease severity rises with age (4).

Several studies have been performed regarding the epidemiology different types of hepatitis viruses in our region (5, 6), however, there is no data regarding the prevalence of HAV infection yet, therefore the objective of this study was to evaluate the seroprevalence of HAV antibody, among a sample population of Birjand city, Iran.

In this cross-sectional study, 496 individuals were randomly selected from a previous cohort conducted on Birjand inhabitants, age between 15 - 70 years (6). Non-Iranians and individuals with cognitive problems were excluded from this study. The project was approved by the university ethics committee and all participants handed a written informed consent.

Table 1. Correlation of HAV Seropositivity with Subject’s Characteristics

This study was performed to evaluate the seroprevalence of hepatitis A in a broad age range. A high rate of anti- HAV antibody was found in all age groups, except young people.

Previous studies have confirmed the regional variation in HAV distribution. A meta-analysis that was performed 2014 in Iran reported 51% of HAV endemicity (9). While in recent systematic review HAV endemicity was reported about 62% (10).

These variations in prevalence and discrepancies in epidemiological patterns of HAV seroprevalence may be caused by differences in selection methods, the size of the study, hygienic status and socioeconomic condition of study population (9).

Studies that performed in different areas of the world (4, 11) and Iran have shown a clear higher incidence of HAV, among adults and elderly and a decrease rate of exposure at younger ages, due to improvement of socioeconomic status and health standards in recent decades. In this regard, in the future we may see more severe cases of HAV infection in older adults due to higher susceptibility (12).

In our study, age was significantly correlated with the higher prevalence of anti-HAV antibodies in all groups, supported by previous epidemiological reports (12). This finding can be explained by poor hygiene and lack of clean water resources and sanitation in the past decays.

In contrast to our finding and study performed in Poland (13), some studies indicated that, education level had no effect on the HAV prevalence (14).

Several reports have shown that people who are infected with more than one hepatitis virus tend to experience more severe disease (15). In this study there was no correlation between HAV and other viral hepatitis, except HBc antibody. This is consistent with the study of Cho et al. (8), concluding that infection with HBV or HCV did not change the immune response. As the prevalence of HBc-antibody follows the similar pattern of HAV-antibody and decreases dramatically in younger people, the correlation between HAV and HBc seroprevalence can be explained by personal health and environmental issues, which has been poor among older people. In general, hepatitis B and C have different transmission routes, usually occur in older age than HAV, and can cause chronic infections while hepatitis A, especially in children, is a self-limited infection and therefore, lack of association between HAV and either HBV or HCV is reasonable.

The results of this study showed a high rate of HAV seroprevalence in adults and elders, and a dramatic decrease in young adults, which can be an alarming sign. To prohibit the negative consequences and reduce the burden of future outbreaks, proper strategies for prevention and disease control should be applied.

Copyright © 2018, Author(s). This is an open-access article distributed under the terms of the Creative Commons Attribution-NonCommercial 4.0 International License (http://creativecommons.org/licenses/by-nc/4.0/) which permits copy and redistribute the material just in noncommercial usages, provided the original work is properly cited.
download pdf 99.66 KB Get Permission (article level) Import into EndNote Import into BibTex
Number of Comments: 0