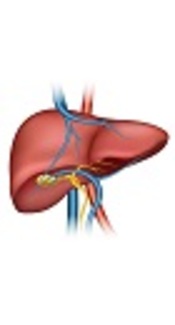 The treatment of hepatitis C has dramatically improved since the introduction of new direct-acting antivirals (DAAs). The aim of this study was to assess the efficacy and safety of all oral DAAs, with or without ribavirin, in the treatment of naive and treatment experienced hepatitis C virus (HCV) Lebanese patients.

This study reviewed all cases approved for hepatitis C treatment with DAAs, according to Lebanese guidelines for treatment of HCV at the Ministry of Public Health from October 2015 to December 2016. Available data on age, gender, genotype (GT) and subtype, fibrosis stage, previous treatment (if present), new DAAs treatment, and sustained virological response at week 12 (SVR12) were collected.

During a period of 15 months, a total of 186 patients were treated with DAAs. In total, 57% were male. The mean age of the patients was 54.3 years. Genotype 1 was the most prevalent (45%), followed by genotype four (34%) and genotype three (12%). More than 72% of patients had advanced fibrosis (F3 - F4) before starting DAAs and 42% of patients were treatment experienced. Regarding the different DAAs protocols used, SVR12 was achieved in 93% of cases, while 4% did not achieve SVR. Furthermore, 3% of cases were either lost to follow up or had major adverse events. Sustained virological response at week 12 was 93%, 96%, and 94% in GT1, GT3, and GT4, respectively. In cirrhotic patients, SVR12 was 90%. There was no difference in SVR12 between treatment naive and treatment-experienced patients. Hepatocellular carcinoma developed in five patients during the period of the study.

This is the first real world Lebanese data concerning hepatitis C treatment with DAAs. It showed a satisfactory response rate irrespective of previous treatments or the stage of fibrosis.

Hepatitis C virus (HCV) is considered as the most common cause of liver disease in the world, and HCV-related complications account for approximately 700,000 deaths each year (1). Chronic HCV infection is a major cause of death and morbidity due to serious liver disease complications, including cirrhosis and hepatocellular carcinoma (HCC) (2). Indeed, recent data suggests that the global burden of viral hepatitis has now surpassed many other common infectious diseases, such as tuberculosis, Acquired Immunodeficiency Syndrome (AIDS), diarrheal disease, and malaria (3).

Successful eradication of HCV reduces liver-related morbidity and mortality (4). Achieving a sustained virological response (SVR) with antiviral therapy, defined as undetected HCV RNA measured at week 12 or 24 post-treatment, is associated with a lower risk of developing HCC (4), and a lower all-cause mortality in patients with advanced fibrosis (5).

The interferon (INF) free direct-acting antivirals (DAAs) are currently the standard management of hepatitis C. These medications have an excellent tolerability, while achieving a high SVR.

Real-world evidence is important to study the degree of concordance between clinical trial data and common daily practice results. It may provide guidance in clinical decision-making in a particular setting.

In this cohort, the researchers studied the efficacy of DAAs in Lebanese patients infected with different HCV genotype (GT), who were treated according to the Lebanese guidelines (6).

In this retrospective cohort study, the researchers reviewed charts of all patients chronically infected with HCV, who were treated at the ministry of public health (MOPH) with a DAA-containing therapy, between July 2015 and December 2016. Patient demographics (age and gender), detailed HCV virologic characteristics (GT and subtype), fibrosis stage determined by non-invasive tests (elastography) and/or liver biopsy, presence of comorbidities, and prior HCV treatment experience were recorded. All Lebanese patients between 18 and 80 years old with chronic HCV infection were included in the study. Non-Lebanese patients and/or those aged more than 80 years were excluded from the study. Treatment decisions were based on the presence of comorbidities and the severity of liver disease as estimated by the fibrosis stage. The planned duration of therapy ranged from 12 to 24 weeks, with or without the use of Ribavirin (RBV), according to the HCV genotype and the patients characteristics (cirrhotic, naive or treatment experienced, etc.). All treatment regimens were selected based on the Lebanese guidelines for the management of HCV. The SVR at 12 weeks was used as the primary end point in this study by using the COBAS TAQMAN HCV monitor test (Roche diagnostics). The aim was to assess the efficacy of the treatment with DAAs in naive and treatment experienced patients.

The MOPH approved this retrospective study, without written informed consent from the patients, as the collected data was anonymous.

Only 58.1% of patients were treatment naive whereas 41.9% of patients were treatment experienced (with pegylated INF and RBV in 88.5%, DAAs first generation in 6.4% and DAAs second generation in 5.1%). Treatment regimen used per genotype is presented in Table 1. Overall, RBV was used in 51.6% of cases. Treatment was completed in 96.7%. It was discontinued due to major side effects (acute renal failure, long term fever, and hepatic encephalopathy) in 1.6%. Three patients were lost to follow up (1.6%).

The SVR 12 was achieved in 93% of cases (173 out of 186 patients). If those lost to follow up were excluded, SVR12 would increase to 94%. Polymerase Chain Reaction (PCR) HCV remained positive at week 12 post-treatment in 3.8% of patients (7 out of 186 patients). All these patients were cirrhotic except one, who took a wrong dose of medication. In multivariate logistic regression analysis, neither age, gender, race, nor genotype reveal significant impact of SVR 12. In total, five out of 186 patients (2.9%) developed HCC after receiving the treatment and during this study. The results are shown in Table 2.

Table 2. Patient Characteristics During the Study

The prevalence of HCV in Lebanon is low (0.2%) (7) with GT1 being the most prevalent genotype, followed by GT4 then GT3 (8). This study highlighted the demographics of the HCV epidemic in Lebanon. It also provided the real-world Lebanese experience in the treatment of HCV with the new DAAs regimen.

It has been established that real-world evidence can provide insight into the efficacy and safety of therapeutic regimens in a broader patient population and a more diverse clinical setting. Furthermore, DAAs have transformed therapy for HCV making cure possible for most patients. The current “real-world” national retrospective cohort study shows remarkable SVR rates of 94%.

In this study, with a significant number of hard-to-treat patients (liver cirrhosis and treatment experienced patients), the results were comparable to SVR rates of published data. Nevertheless, patients with liver cirrhosis showed a lower response rate (91%), compared to patients without cirrhosis (98%). Treatment-experienced patients and those infected with GT3 responded well to the new DAAs with cure rates of 89.8% and 95.5%, respectively. There was no difference in the SVR rate between the different protocols of DAAs used. In GT1 and GT4 patients, there was no difference in SVR rates between the two regimens used: OBV/PTV/r + DSV and SOF/VEL.

Comparably, a large cohort study, including 2099 patients, showed that 95% to 97% of cases infected with GT1 and those, who were treated with SOF/LDV ± RBV for eight, twelve, or 24 weeks achieved SVR12 (9). Terrault et al. showed that SVR rates were more than 90% in treatment naive patients infected with GT1 HCV, who were treated with LDV/SOF-based regimen, and that there was no benefit from the use of RBV, which was associated with high rates of drug withdrawal (10). In Germany, in a large multicenter clinical practice cohort, including patients treated with the OBV/PTV/r ± DSV ± RBV and infected with GT1 or GT4, showed overall SVR12 rates ranging from 95% to 100%. The clinical efficacy did not markedly differ in cirrhotics or in previously treated patients. The SVR12 in non-responders to interferon reached 98% (11). Another study provided real-world evidence for an excellent anti-viral potency of OBV/PTV/r ± DSV ± RBV in the treatment of HCV GT 1 and 4 infection. Viral eradication success was achieved in 99% of patients, with SVR12 rates ranging from 96.4% to 100% between subgroups (12).

A meta-analysis of real-world data from over 5000 patients showed that OBV/PTV/r ± DSV ± RBV treatment resulted in SVR in 96.8% of patients with HCV GT1 or GT4 infection. Neither cirrhosis nor prior HCV treatment had statistically significant impact on SVR rates. The real-world relapse rate was around 1% in nine studies with 3,500 patients (13). The treatment was very effective in difficult-to-treat populations, such as those with liver cirrhosis or null-responders to previous HCV treatment. Furthermore, SVR12 was achieved in 98.3% (117 out of 119) of patients with liver cirrhosis irrespective of their treatment history (12).

In Spain, a large cohort study showed that HCV GT1-infected patients treated with OMV/PTV/r + DSV or LDV/SOF had a high SVR12, despite the inclusion of a high proportion of patients with cirrhosis and prior treatment failure (14). In a study comparing the efficacy of LDV/SOF ± RBV versus OBV/PTV/r + DSV ± RBV in GT1 HCV-infected veterans, high SVR rates were achieved with both regimens (86% to 95%) and within subgroups (83% to 100%) (15). Another study showed no difference in SVR12 between the two regimens (OBV/PTV/r + DSV, SOF/VEL) in patients with HCV GT1 (16).

In HCV GT3-infected patients, who received modern DAA-based treatment regimens in a real-world setting, all-oral DAA-combinations, including two different DAAs displayed a significantly higher effectiveness compared to therapy regimens, which included only SOF in combination with RBV. High rates of SVR12 were achieved even in patients, who were generally considered “difficult-to-treat”, such as patients with cirrhosis or those previously treated, and in HIV co-infected patients. Moreover, SVR12 rates in the real world GECCO cohort were lower compared to phase III trials with comparable DAA regimes, yet were much higher than rates reported in the era of dual PEG/RBV-based therapy real world cohorts (18-20).

In conclusion, data from the current Lebanese cohort showed a satisfactory response rate irrespective of previous treatments or stage of fibrosis. The treatment of patients infected with HCV and previously excluded by the recommendations is currently being done. A major effort to identify all infected patients through screening the at risk population is essential for eradicating HCV infection in Lebanon.

Copyright © 2018, Author(s). This is an open-access article distributed under the terms of the Creative Commons Attribution-NonCommercial 4.0 International License (http://creativecommons.org/licenses/by-nc/4.0/) which permits copy and redistribute the material just in noncommercial usages, provided the original work is properly cited.
download pdf 116.76 KB Abstract XML Get Permission (article level) Import into EndNote Import into BibTex
Number of Comments: 0