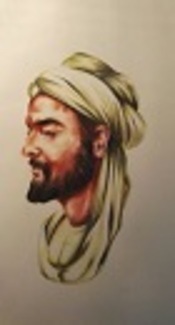 Etiology and Therapeutic Approach to Ascites in Iranian Traditional Medicine: The Avicenna’s Perspective

Avicenna is a renowned physician of the Islamic golden age (1). His masterpiece, the Canon of Medicine, was a comprehensive medical text taught in many European medical schools until the 17th century (2). Avicenna describes ascites in chapter three of his book. He believes the disease could not occur without the involvement of the liver and describes this medical condition in the chapter on liver disease. Avicenna calls ascites estesghā-ye zeqqi and defines it as the fluid accumulation in the space between the peritoneum and the omentum or between the omentum and the intestines. He believes that ascites is directly caused by liver disease or disease in another organ which has caused liver dysfunction. He explains numerous liver diseases, as well as disorders of the kidneys, veins, diaphragm, stomach, spleen, ovaries, lungs, and intestines, which can cause ascites (3).

Avicenna has presented a variety of medical and non-pharmacological treatments for the treatment of ascites patients in the Canon of Medicine. He recommends the administration of laxatives, diuretics, and topical herbal remedies for fluid retention caused by ascites. The non-medical treatments offered by Avicenna are significant. In addition to reducing food intake and limiting the use of water and fluids, Avicenna recommends dietary measures such as avoiding legumes, wheat bread, foods which are “wet” in temperament (4), and alcohol consumption (3).

On the other hand, he recommends the consumption of vegetables such as Apiumgraveolens, Beta vulgaris, Cichoriumintybus, Fumaria Officinalis, Allium schoenoprasum, Rutagraveolens, Trachyspermumammi, Menthapulegium, Allium sativum, Capparis Spinosa, Brassicanigra L., as well as vinegar, olive oil, the meat of fowl, hazelnuts, almonds, aromatic foods, and beverages. Avicenna recommends specific forms of exercise and measures to bathe patients. He used the method of tapping ascites fluid from the abdomen as a treatment for patients but believed that this method should not be prioritized over other methods (3).

Although the Avicenna’s perspective on ascites is based on the principles of traditional medicine and following the rules of holistic medicine, they can often not be justified by modern medicine. It is clear that his approach, particularly as it applies to the etiology of ascites, is compatible with modern medicine. Nonetheless, it should be taken into consideration that his therapeutic methods, especially the non-pharmacological treatments, could have a positive effect on the treatment of ascites. This suggests that the study of the treatment methods suggested by Avicenna could be helpful in finding new ways of reducing or improving the symptoms associated with ascites.

Copyright © 2018, Author(s). This is an open-access article distributed under the terms of the Creative Commons Attribution-NonCommercial 4.0 International License (http://creativecommons.org/licenses/by-nc/4.0/) which permits copy and redistribute the material just in noncommercial usages, provided the original work is properly cited.
download pdf 66.27 KB Abstract XML Get Permission (article level) Import into EndNote Import into BibTex
Number of Comments: 0